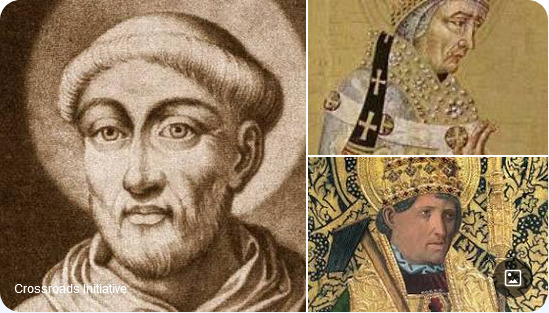 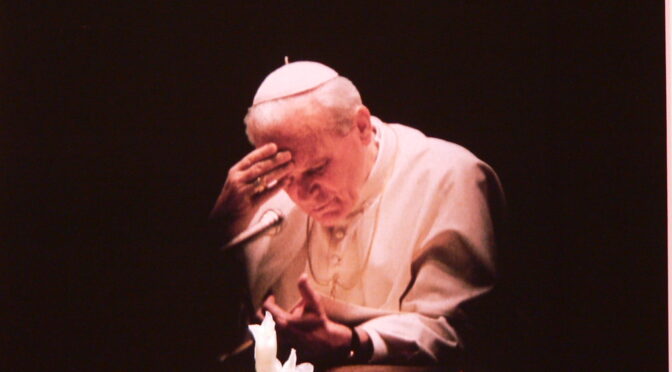 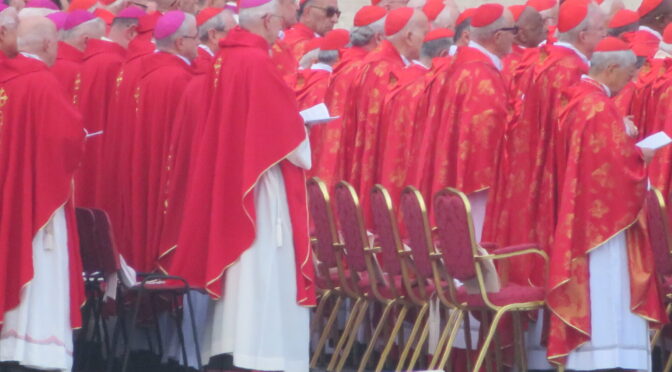 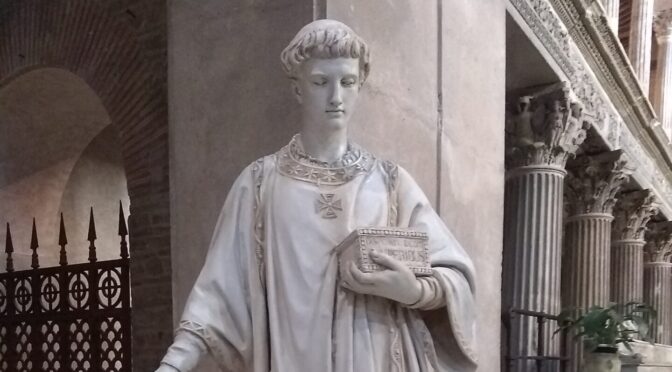 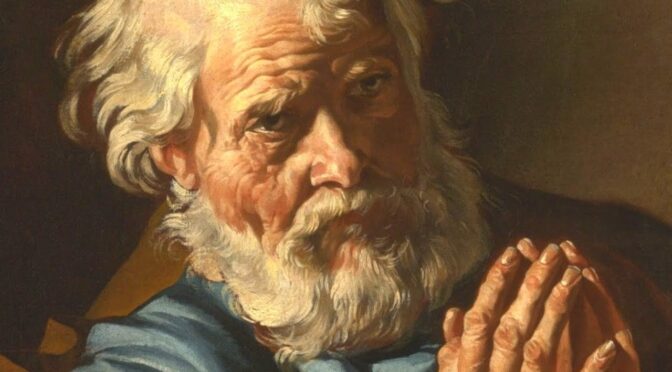 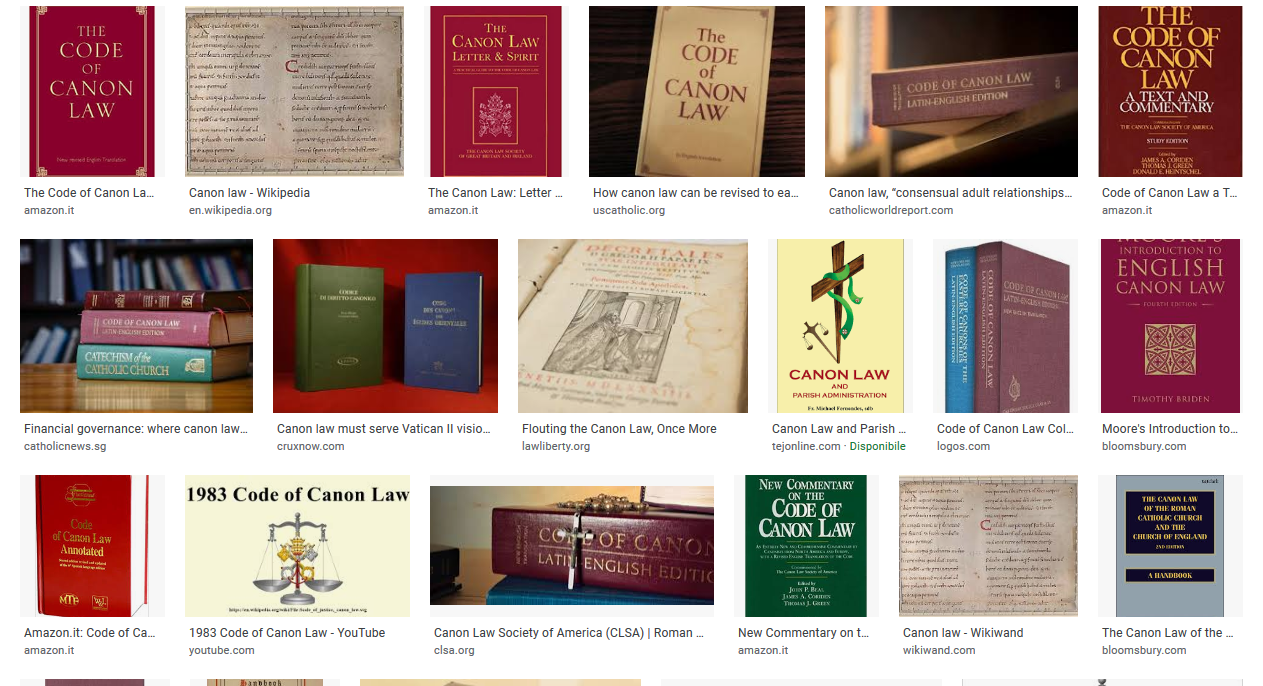 Contra factum non est argumentum, as the Latin adage goes: that is, “Against a fact, there is no argument”.

If there is any Catholic who doubts that the Catholics of Rome have the right to elect their own bishop, they need not believe anything I say, they need only to open up any book about the election of the Popes, or in this case, even see the List of Popes over at Wikipedia, to confirm this.

Deny this, and you deny the Apostolic Succession in the See of Rome, and make every pope after Peter a fake. But if you do that, you are anathematized by Vatican I, which declared infallibly that there will always be successors of St. Peter at Rome, until the coming of the Lord.

So, to those who are are reading this or that section of the Papal Law, Universi Dominici Gregis, and understanding none of it, I make this reply.

Yes, there is a stricture in that law, that states that for the election of the Pope in a Conclave only Cardinal Electors can vote (n. 33). That stricture applies only to the manner of election in that Apostolic Constitution, for otherwise the Apostolic Succession would be in jeopardy. Indeed, in the final sentence of the preface, Pope John Paul states explicitly his intention, that the norms of the special law are to bind the Cardinals. He does not impose them on the whole Church.

Those who do not think so, are pretending that John Paul II or the scholars of jurisprudence who worked for more than 10 years on the new Code of Canon Law did not know about what happened in the Church for the previous 19 centuries, or how the Apostle Peter left this right to the whole Church.

For they pretend that John Paul II wants in all times and places, even outside of a conclave, that only Cardinal electors vote.

But if that were the case, then the enemies of God would only have to kill 120 men, to end the Apostolic Succession forever. — But, that would make the Gates of Hell prevail. Which is absurd.

So obviously neither the Pope nor his experts intended that.

Which means, that their argument is false.

And these experts show that this argument is false, because this stricture of n. 33 is placed in the special law UDG and not in canons 349 and 359, which regard the privileges of the College of Cardinals. By placing this in a special law, it removes the stricture from general application. And this is confirmed by canons 5 §1 and 5 §2, which affirms apostolic rights remain in force in special circumstances not provided for in law.

And this was necessary, because Canon Law depends upon Apostolic Right for its authority, not the other way around. Thus, no Pope can abolish anything in Apostolic Tradition, not even the right of the Roman Church to elect his successor.

And to the further argument, that in canon 349, it says the contrary, it is clear that that argument would be wrong, since the Latin says, that the election pertains to the College of Cardinals as to provide for it (provideat) according to norm (ad normam) of the special law on elections.  It does not say they enjoy this right per se or semper nor does it use a verb which signifies or connotes that they can obstruct the election by violating the norms of that special law. Indeed, someone who has the right to provide for something which is needed, does not have the right to deny that something when needed, because the right to provide is the right of a servant not of a lord. Otherwise, a mother who has the right to provide for her children’s supper could rightfully starve them to death by not providing for it, and a father who attempted to do so, when she was starving them, could not rightfully act. Which is horribly absurd.

So there are a lot of laymen out there who cannot read Latin or who have not studied law or history, who are saying foolish things. That they do not pause to think what will happen to the Church before they speak, is incredible, after the 10 years of savage attacks on the Faith and the Mass.

And for those who argue against n. 76, I have already replied in a footnote to my article, How John Paul II determined the election of Pope Benedict XVI’s successor.

Imagine the response from God,
to the souls who will say:
Yes, Lord, I was in favor of having a legitimate pope,
but not at the present, when the time comes for it... 🙄😳

Catholics from around the world have generously donated to help Catholics at Rome have a legitimate pope. But no, those who are attacking them are doing nothing bad! 🙄 The forgetfulness of the 8th and 9th commandments is astounding.

Which applies to the ordinances of Saint Peter during life, one of which was to leave to the Catholics of Rome the right to elect their Bishop his Successor. If that irks you, you have a devil...

“We must accompany [gay people] as they discern what this means, letting our images be stretched open... This means watching 'Brokeback Mountain,' reading gay novels, living with our gay friends and listening with them as they listen to the Lord." https://t.co/dCFDufdv3j pic.twitter.com/ivTaQyzVuN

Editor’s Note: Pope Benedict XVI quotes the Book of Maccabees, when it urges the faithful, “Not to heed the counsels of the King, when he would want you to turn right or left away from our holy religion.” — An undeniable call to civil disobedience in the face of the Globalist New World Order.

"German #Catholic diocese of #Limburg lives now without the Sixth Commandment": Bishop's new instructions create a "do whatever you want as long as nobody is hurt against their will" teaching on sexuality. Nothing is sinful. How does this NOT endanger #children? pic.twitter.com/5z0h5lXVVA

The WEF wants it scrubbed, and their lackeys are happy to oblige.

Thank you @elonmusk for not caving.

There R only 3 options 4 Catholics now:
1) Accept the Bergoglian satanist pedophile globalist New World Order Church
2) Give up on the Church of Christ, which would never have a true pope again
3) Accept that Saint Peter gave the Roman Catholics the right to elect Christ's Vicar.

Editor’s Note: What the MSM is not talking about in the English speaking world, is the hottest issue now at Rome. Three of the top clerics now have in their own way denounced the protection of Father Rupnik, SJ, by Bergoglio as something totally intolerable: the first two were De Donatis, acting Vicar of Rome, who issued a statement, here; and Father Mark A. Lewis, the new Rector Magnificus of the Pontifical Gregorian University, here and here.

Müller first became a priest in the Diocese of Mainz, in 1978; then was made Bishop of Regensburg in 2002, by Pope John Paul II. Then in July of 2012, Pope Benedict XVI made him Prefect of the Congregation for the Doctrine of the Faith and conferred upon him the personal dignity of an Archbishop; as such he was also appointed to the International Theological Commission, the Biblical Commission and the Commission “Ecclesia Dei”. Bergoglio kept him in that positions until 2017.

Each of these three have publicly defended Bergoglio’s claim to be pope, and thus they have each decided to board a ship, with a predator’s protector as helmsman. Now, however, they are having second thoughts

I smell the sent of mutiny below the decks.