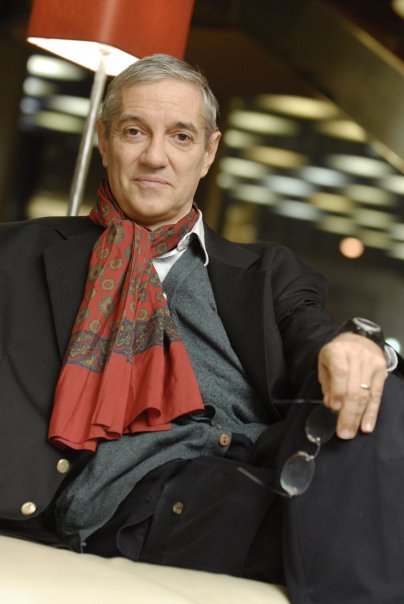 What follows is an unofficial English translation of an article, entitled, Un Sinodo un pò tarrocato, which appeared today in La Stampa, in Italy, written by Marco Tosatti, one of the leading Catholic journalists who specialize in Vatican affairs. The bold face is not in the original.
When the speaker – a cardinal of the Holy Roman Church – more or less expressly disclaims authorship of a report that bears his signature, there is a problem.
When the cardinal himself, in reference to a passage from the text certainly very interesting and a harbinger of trouble, asked for an explanation, and the answer turns to an archbishop Deputy Secretary (rather than the Pope) at the Synod because he is the author, there is a issue.
When many bishops and cardinals from Poland to Africa to Australia, they complain because the Relatio as it has been written and presented to the press does not reflect what they said in the hall, and adds things that have never been said, there is a problem.
When the text is declared “unacceptable” by Cardinals and Bishops, “irredeemable” by another, and when the Circuli Minores it is said that “we are working to revise the text, set aside some expressions and so on, but it is a sick-text and not you know how the proposals will be accepted,” there is a problem.
When there are bishops – and more than one – who say they no longer want to come to any future Synods, if they are conducted like this, because it is turning into a farce, there is a problem. When the South African Cardinal Napier said via twitter, that is, in public, that “while it is possible that some elements are trying to adapt to the opinion of the world, the majority wants to remain firmly with the truth”; which says exactly the opposite of the thesis that some journalists for various reasons, try to credit to the Synod, there is a problem.
When among the choices of leaders for the Synod, an entire continent in which you are making the greatest growth of Christianity and Catholicism, in terms of the faithful (unlike Europe and North America, or Latin America where millions of evangelicals swallow up ex-catholics), namely Africa, is forgotten, there is a problem.
The regime governing the Synod has decided not to make public the activities of the participants, compared with a decade of practice, transparency and the right of Christians to know; and then has decided to make public a working document in which many do not recognize, and in which the phrases are the most controversial and debated with great probability the expression of a few theologians and bishops. It’s hard not to think in an attempt to drive and manipulate the course of the Synod.
When, following the publication of the document, you are forced to back down, and “Voice of the Family”, which brings together millions of Catholics around the world in fifteen different organizations defines it as open “treason”, and states that “Those who control the Synod have betrayed Catholic parents. The report is one of the worst official documents ever written in the history of the Church,” there is a problem.
The Synod of Bishops on the Family is the first official event of the Church of the reign of Pope Francis. And it is proving to be a success, under any point of view, if not that of confusion. Unfortunately, the Pope does not appear, as it might be more prudent and desirable to reassure Catholics, above and outside the party. Cardinal Kasper, one of the fiercest protagonists of the battle, merely repeats that he spoke to the Pope. The one choosing Archbishop Forte, author of the report, according to many in recent days, as Deputy Secretary, is the Pope. As well as those of additional members of the Commission will draw up the final report; all of whom are oriented in one direction, but – according to what Cardinal  Napier says, it is not only him, who does not represent the common sense and majority of the assembly.
And this is not a good thing, if you search for unity of feelings, and not what the card. Vingt-Trois, archbishop of Paris, called a “single thought in the Church.” If it is true that the Church is not a democracy, and you do not go forward with the hammer blows of a majority, you certainly cannot, however, submit all believers to a theological and doctrinal little-clique.