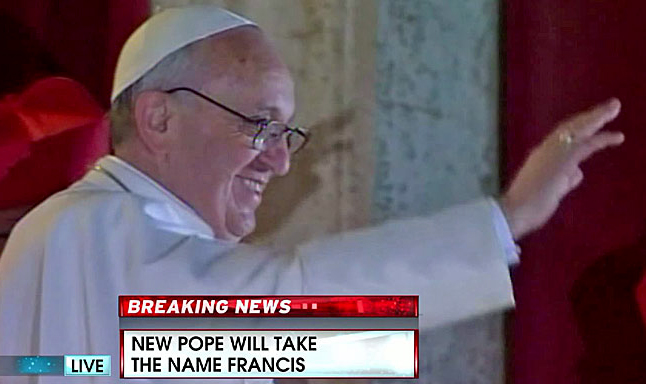 Rome, February 18, 2015:  Ash Wednesday is by immemorial tradition the day of penance, par excellence, in the Catholic Church.  Catholics can prepare themselves for the advent of Holy Week by returning to a more vivid and faithful practice of the faith.  As the From Rome blog noted, for Pope Francis, however, Lent is a time without sin or repentance, rather it is a time for social work.  An ironic appeal for Lent, if ever there was one, especially since the Holy Father insisted at the beginning of his Pontificate that the Church could not become a NGO, merely a social works organization.

Yet in his homily to the College of Cardinals this Sunday, past, he reaffirmed the same error, when he closed saying:

Dear new Cardinals, my brothers, as we look to Jesus and our Mother, I urge you to serve the Church in such a way that Christians – edified by our witness – will not be tempted to turn to Jesus without turning to the outcast, to become a closed caste with nothing authentically ecclesial about it. I urge you to serve Jesus crucified in every person who is emarginated, for whatever reason; to see the Lord in every excluded person who is hungry, thirsty, naked; to see the Lord present even in those who have lost their faith, or turned away from the practice of their faith, or say that they are atheists; to see the Lord who is imprisoned, sick, unemployed, persecuted; to see the Lord in the leper – whether in body or soul – who encounters discrimination! We will not find the Lord unless we truly accept the marginalized! May we always have before us the image of Saint Francis, who was unafraid to embrace the leper and to accept every kind of outcast. Truly, dear brothers, the Gospel of the marginalized is where our credibility is at stake, is discovered and is revealed!

Official Vatican translation, if you can believe it.*

At the same time, the Holy Father, during the entire course of His Pontificate has granted no private audience to any Catholic group or layman noted for his promotion of the traditional Latin Mass.° Or with all those Catholics, whom Pope Francis has considered it urgent to marginalize by his more than 100 insults.

I guess the Holy Father’s message for Lent, in common parlance, would be, “Your margins don’t count for anything, and my margins are the very definition of the Faith”.  I surely hope not, because then he would be a communist organizer of the Leonard Boff type — you know, the kind who is obsessed that we speak as he wants us to speak and to think what he wants us to think, and that we not have anything to do with what is authentically Christian or truthful — not a Catholic, and thus not even worthy to be the Pope.

Oh, and can we stop talking about sinners & the poor with the terms fit for comments on the side of a page? They are, after all, made in the image and likeness of God, not of letters on a page in a book on Marxist political diatribe.

*  Where the Vatican translators found the word “emarginated”, I do not know, the proper word is in standard usage is “marginalized”.

°  We do not exclude here Cardinal Burke and other of the Hierarchy who do meet with the Holy Father on occasion.