When He is reviled by High Priests & theologians, His Disciples remain silent? 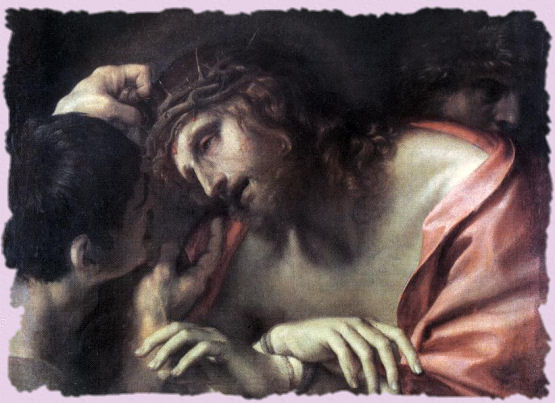 Rome, March 5, 2015:  In a telling editorial, Edward Pentin, a noted journalist who covers the Vatican, describes the woeful situation in the Catholic Church under Pope Francis:

One of the most frustrating aspects of covering the Church today is the unwillingness of trusted and reliable sources to go on the record. Strangely, this seems most common when it comes to defending doctrine, and the Church generally, in the face of attack.

Whether it’s Church teaching coming under fire at the Synod on the Family, Vatican officials with vitally important and helpful information to share, or German bishops outnumbered by their dissenting brother bishops, few appear willing to go public and speak up for Christ and the truth…

Read the rest of his piece, entitled, “Why the Reticence in the Face of Attacks on the Church?”, at the National Catholic Register.

Pentin goes on to speculate as to the causes, but omits the most probable one of all.  Jorge Mario Bergoglio was notorious, in his tenure as Archbishop of Buenos Aries, for violently castigating those with whom he disagreed, going so far as to use crude and vulgar insults as he shouted at them, in person, or on the phone.

But, let us not pretend otherwise, it is not the Church alone which is being attacked by the vile proposals of “Team Bergoglio” theologians like Cardinal Kasper or Cardinal Marx, it is Jesus Christ Himself who is being denied in His teachings regarding the necessity of both faith and penance for salvation, as a prerequisite for receiving His love in the Eucharist.

Indeed, it is quite logical, that those who would crucify the Lord anew by a sacrilegious communion, and who in fact are currently crucifying Him by such unworthy communions — for all who oppose Christ’s teachings are in mortal sin and receive sacrilegiously — be refused from receiving Him, Who died the bloody death on the Cross to deliver them from the Prince of Darkness and Lies, and transfer them into the Kingdom of Light, Truth and Purity.

That so many Cardinals, Bishops, priests, deacons and religious, men and women, are silent in the face of these attacks on the Person of Our Lord, recalls the treachery and cowardice of the 11 Apostles who abandoned Our Lord in the Garden of Gethsemane in 33 A. D..

Ten of them had this excuse, that Our Lord had not yet risen from the dead, and they had not yet received the Holy Spirit.

But none of those who are silent today, have this excuse.

Clergy and religious who are silent because they fear a phone call from a mad-superior who wants to punish all who will not go along with open apostasy from Christ their Lord, are not worthy of Jesus Christ.  Such without a doubt shall burn for all eternity in the pit of Hell with Judas Iscariot at their side.

But for those who claim some devotion to the Blessed Virgin Mary, and have some likeness to the virgins St. John, St. Mary Magdalene and St. Martha, IT IS YOUR DUTY TO STAND BY THE CROSS AND SPEAK OUT, for Our Lord has no voice to reach the ears of sinners, but through YOU!