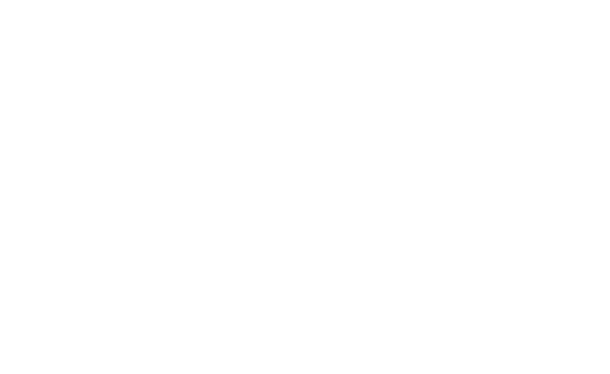 Rome, March 16, 2015:  In the war against Freemasonry and Modernism, Catholics who in the present hour come to the grace to realize that they are in the midst of battle are necessarily greatly disadvantaged in the material things necessary for the fight.

This is especially true since Freemasonry has been working since 1717 A. D. to overthrow the Church, and thus has laid a deep foundation and organized a great number of institutions and persons against the Church for a long time, and not only outside of the Church but within Her.  And not only these, but also a plethora of errors which have, by now, seeped into many a book, mind, and institution of formation.

For this reason, in the fight against the Kasper Agenda, which is actively and formally being promoted by Pope Francis with the maximum artistic effect to conceal this very thing, it is of the utmost importance that Catholics join in collaborative efforts to fight back.

Consider for a moment, that Pope Francis is using the entire structure of the Church, Her hierarchical constitution, by which She rules all the Cardinals, Bishops, Priests and Deacons, all the institutes of Religious life, all the parishes and chapels.

Thus, inasmuch as he promotes Kasper’s agenda of false mercy, especially now through the Synod on the Family and the Year of Mercy, every artifice and method of coercion can be brought upon millions of souls by the simple dictate of “Team Bergoglio” players and members.

For this reason unless Catholics band together in a world-wide network, we can easily be overcome, despite all our good wishes, desires, resolutions, or works, written or active.

As an anthroplogist (I hold a B. A. from the University of Florida, Gainesville), I note how silly the world has become, even in matters of the greatest importance.  For example, if there arises a case of a man who walks to work, it is sufficient that it come to be known in 1 news report, and suddenly there is a crowd-funding campaign and $200,000 is donated to the man to buy a car to go to work in.  (I imagine that he does not need a Lamborghini, but what car costs so much?).  On the other hand, let there be 100 reports on the wickedness and danger of the Kasper agenda, and other than talk about it, Catholics do nothing.

For the “Year of True Conversion” (Y4Tc) initiative, there is the need of a network of several thousand of bloggers, websites, Catholic organizations on every continent, to promote the true reception of God’s Mercy.  One blogger cannot organize that, EVERYONE must participate in making it known, on their blog, their website, their twitter page (pin it to the top), their facebook page, their pages on Tumblr or Pininterest or any other social media.  Clergy too need to preach about it and NOT be shy about its true intention.

In the fight against the Kapser Agenda, there is the association Veri Catholici, which now comprises some 400 members.

Other than these, there are no organization devoted to such specific purposes, but they need not be.  All organizations and institutions can oppose the Kasper Agenda in their own way, but they must oppose it, if they are to act as Catholics.  To be quiet now, is to tacitly succumb.  If you don’t declare your side publicly now, it will be too late to recruit an army when the battle starts.

Indeed, the fundamental problem today in the Church arises from the cowardice of too many clergy to speak out and take initiatives to oppose the errors.  Part of the problem is that all the courageous men have been weeded out of seminary and expelled long ago, and what is left is mostly the excessively prudent, the habitually timid and those so self-interested in not being persecuted or criticized, that they are more like dumb watch dogs, than those ambassadors of the Most High who realize that the best way to return to His Court, is covered with the wounds and trophies of battle.

Catholics also have to resolve to work together.  This is especially true of those organizations which have built up their own networks for a specific purpose and would normally not involve themselves in other interests.  The Catholic Faith is attacked in Her very essence and structure by the Kasper agenda.  It will not be rare to find a Cardinal or Bishop or Priest, for example, who will speak well against some aspect of the agenda, but be too scared to speak against the whole.  If such a behavior predominates, the Church will fall and disappear in most nations.

On this matter, I will speak with the utmost sincerity and clarity:  Where the Kasper agenda is opposed in its entirety, the Catholic Faith and Church will endure, where it is opposed only partly, it will fall.

This is because, the entire structure of the Church will be used against the opponents of the Kasper agenda; and if you only oppose it in something, all the other aspects of it will be used to drag you away with it into perdition.

Thus, Catholics need most of all to recruit Cardinals, Bishops, Priests, Deacons, Religious and writers and leaders to openly oppose the entire agenda and to do so with courage and boldness.

No 1 organization can do this, because 1 organization will be easily and quickly attacked, blacklisted and marked out for disapproval.  No, EVERYONE needs to participate in fighting back.

This is especially true of the older organizations, which will, according to the tendencies of fallen human nature, be apt to hold back participating in this fight, because they are piqued by the thought of collaborating with new comers-on-the-block, or because they prefer to grow their own organizations rather than risk disapproval or obstacles to their own smaller interests.

Thus, to oppose the Kasper agenda requires among those who fight it, a true Conversion and true Catholic charity, which works together with all fellow Catholics, for the good of the Church, unto the supreme self-sacrifice.

And let’s not be shy or ignorant about what Christ wills for us:  the conversion or expulsion of the Modernists from the Church.  The proponents of the Kasper agenda, either need to repent of it totally, or get out of the Church; and if they do not do 1 or the other, the Catholic Bishops need to excommunicate them and separate from them.