by Antonio Socci, unofficial English translation by the From Rome blog. 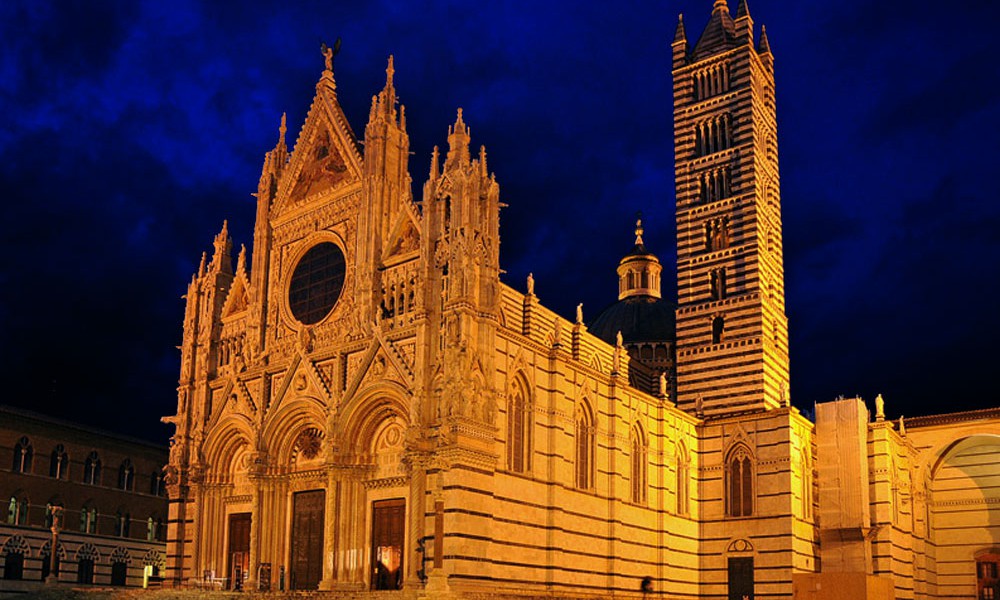 That Ireland, ancient fortress of Catholicism, has gone over to the people of “gay” marriage (“and who am I to judge”, as the Bishop of Rome is want to say), is a historical event.  If this sounds like the profound rumble of an avalanche, as in the collapse of a mountain falling down, it is just to ask, “Is this an Bergoglio effect?”

Besides, in South America, the Church has already been crumbling for years (the statistics are horrible); now in Europe, the heart of Christendom.

That which renders secularism dominant — as Cardinal De Lubac used to say — is the propulsion and instrumentalization of “a Christianity ever more in the minority, reduced to a vague and impotent theism.”

Barack and his Puppets

Today, only such a theism is permitted.  Instead, the Catholic Church as She has been known upto now is threatened even as regards Her existence.

There is only place for a ridiculous laicized parody of Herself, as the humanitarian “courtesan” (as Andrea Emo would have it), as an “agency for religion” which on the great life issues submits herself to the dictates of Obama-like ideology, which renounces proselytism and the “Catholic God” (as Bergoglio says, “There exists no Catholic God”), which dissolves herself into an ecumenical freemasonry of so many religions, which busies herself with the climate and the recycling of garbage, teaching good manners (Good Morning! Good Evening! Thank you! and Pardon me!) and goofy-pleas for the help of the poor.  But for the true Catholic Church, there is no longer any seat at the table, as the drama of the last great pope, Benedict XVI shows, “fired”, self-incarcerated and silenced.

The Church has illumined and conquered the darkness of the world of the gods and has rehabilitated the history of a pagan and anti-human age:  the Church of the Word of God made Flesh, who has the presumptuousness to announce the Truth, the Church of the great Saints, of the Martyrs, of the Missionaries, the Church of the Divine Liturgy and of the masterpieces of Art, the Church of Mother Teresa, of great ideas, of great popes, of Padre Pio, with Her outbursts of the supernatural, the Church which has held Herself firm head-to-head with the ferocity of the Mohammedan and the great genocidal totalitarianisms of the 20th Century: this Church, today, no longer has the rights of citizenship.

Yesterday, Msgr. Galantino (Secretary of the Italian Bishops’ Conference) — according to a tweet from Alberto Mingardi — seems to have said at a conference:  “When the  Church was Catholic and the Mass was in Latin …”.

A Freudian slip which is explosive and revealing.  In fact, today, we are in the midst of the last act of the “liquidation of the Catholic Church,” as Giuseppe Prezzolini foretold, a layman but concerned with the abyss to which the Catholic world was running, anxious as it was to be “modernized” and to surrender to all the ideological fashions of the moment.

But, to liquidate the Church, it is not the persecutions, nor the hatred of the secularist, but — as Paul VI said — it’s the “self-demolition” from within which is the cause.

The way to the abyss was undertaken not with the Council — as certain lefebrvians think — but at its end, exactly 50 years ago, with the “post-Conciliar” age.

In the days following, in the newspapers, one was reminded of the 5oth anniversary of the first Mass in Italian, and another layman like Elémire Zolla, in those days, came to underline the event in apocalyptic tones:  “The 7th of March, the Mass dies, Gregorian chant dies.  Heard for the last time.  Now, as a dry branch, the Church shall be burnt.”

In reality, the problem was not only the use of the vulgar language in the liturgy (a thing, which I think is  positive), but the successive “liturgical reform” of 1969 and above all the de facto, but illegal, banning of the Mass of the preceding millennia of Catholic liturgy.

Joseph Ratzinger made us understand, many years afterwards, the enormous error, even theological, which was committed at that time.  Which would have colossal consequences, even in the tragic loss of faith.

To Save the Cathedral

But, curiously, in those days, the ones to raise the alarm, in a dramatic manner, for this Church which in an instant has refused its own bimillenarian rite (that around which our Cathedrals were constructed), were above all the laymen-intellectuals.

Who protested with the same consternation with which we contemplate, today, the tragic devastation wrought by Isis in the ancient Middle-East.

On September 5, 1966, there was issued the first appeal to Paul VI to safe-guard the Latin-Gregorian liturgy (a few months before the devastating flood which struck the ancient, Catholic beauty of Florence).

The appeal made a great impression, even in the Vatican, but di not succeed in stopping the landslide.  Thus, in 1971, another was made, and the number of intellectuals who added their names was even more.

It was for the most part, useless, but little by little the same Paul VI became aware of the tragedy which was in course:  the collapse of religious practice, the thousands of priests and religious who abandoned the habit, the catholic intellectuals who submitted to marxism, the great part of the youth seduced by the myths of the revolution (by Fidel Castro, by Mao, by the Vietcong, by Che Guevara, and last by Stalin), the spread of the Theology of liberation and of the modernist theologies which demolished Catholic Doctrine.

Paul VI, in his last years, spoke in ever increasing dramatic tones:  “We believed that after the Council there would have come a day of sunshine in the history of the Church.  There came, instead, a day of clouds and storms, and of darkness”, “from somewhere the smoke of Satan has entered into the temple of God”, “the opening to the world was a true invasion of worldly thought in the Church … We we have been, perhaps, too weak and imprudent.”

Paul VI denounced “those who try to knock the Church down from within” and he began to cite the books of Louis Bouyer, “The Decomposition of Catholicism” and “Religieux et Clercs contre Dieu.”

To his friend Jean Guitton, he confided:  “There is a great turmoil in this moment in the world and in the Church, and what is in question is the faith.  I find myself, now, repeating the obscure phrase of Jesus in the Gospel of Saint Luke:  “When the Son of man returns, shall He still find faith upon earth?”  What strikes me when I consider the catholic world,” the Pope continued, “is that inside Catholicism there seems to sometimes prevail a mentality of the non-catholic type, and it might happen that this non-catholic thought within Catholicism becomes stronger tomorrow.  But it shall never represent the thought of the Church.”

Then, thanks be to God, there arrived John Paul II and Joseph Ratzinger.  The Barque of Peter was tirelessly repaired, the compass of the Faith found its way and a generation of young people experienced anew the beauty of Christianity.

But this was the spring which was bitten by some sort of powerful and obscure frost, which for the first time in the history of the Church, placed before us the drama of a “Pope emeritus” self-imprisoned in the Vatican and of a “bishop dressed in white” which was acclaimed by all the eternal enemies of the Catholic Faith, who has brought the Church into a submission with the worldly ideologies of the 70’s (having even re-exhumed the theology of liberation and its founder Gutierrez, which now pontificates from the Vatican).

We seem to have reached the final abyss.  Unless God….

(Published in the Libero, May 24, 2015:  this English translation is currently unapproved, but if the author gives us some corrections, it will be amended in the next few days.  — The translator, while not agreeing with all of the authors judgements, nevertheless believes that the article poses significant contributions to Catholic thought for the present hour).

2 thoughts on “The Bergoglio Effect in Ireland: “The Mass has ended””