Against perverse and unnatural forms of Marriage 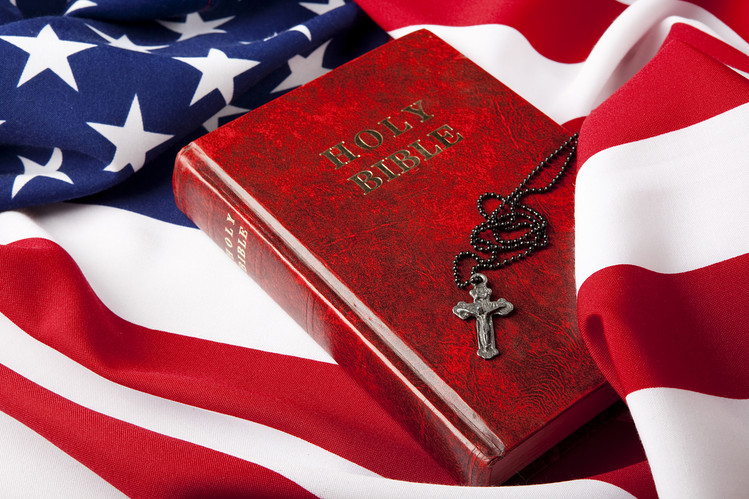 TO BE READ FROM ALL THE PULPITS OF AMERICA

I, as a disciple of Christ Jesus, hold and believe that the U.S. Supreme Court has no authority to impose Sodom upon America in name of the U.S. Constitution; and that such a judgement would be null and void. For the institution of marriage, which originates with the Creator of Man, falls under His Authority alone, and it can no more be changed by a government of men, than the nature of man could be changed by a government of men.

Therefore, no State or Federal officer, representative, or official could justly — either according to the Divine, moral, or natural law — enforce such a Court decision.  Nor would anyone be obliged to obey them if they were to command that such laws or
decisions be observed.

For these reasons, all men and women of good will have the right and liberty to refuse compliance to such a court decision and to insist upon the liberty of nature itself against the tyranny implied in the same: the tyranny of a new and perverse gnosticism which asserts that human liberty can be in defense of the perversion of nature, or that human dignity can be founded upon ignominy.

I further hold that against such a court order, all men and women have the natural right to self-defense against its imposition, observance, recognition or toleration.

For I hold that a government, even elected by the people, which seeks to observe and/or impose or even to acquiesce to such a court order, looses its legitimacy in the sight of Nature and Nature’s God, since in doing so, it would not so much be a government of men, as the absence of government: a chaotic mass of tyrannical authority at war with Nature itself.

Finally, I hold and protest against such a government, that all men, who seek to restore the Natural order, have, in the face of the persecution of themselves and their fellows — when all peaceful forms of resistance, petition and reform are obstructed — the right to take up arms to protect and ensure their own liberty, so that they might live in harmony with Nature and the Author and Creator of Nature. For this right, is not only the right of the Christian, but is inherent in Nature itself, since it is nothing more than the right to self-defense:  of Nature, on behalf of the Author of Nature.

For, indeed, it is the birth-right of every Christian to defend himself, his family, his possessions and his society, from that indignity and offense of the Divine Majesty which is inherent in every and any denial of that order of the human family, which is constituted by natural marriage: in which there are mutually pledged one man and one woman in a sacred bond of fidelity for the procreation and upbringing of a new generation of children.  For the violation of this institution by the perversion of Sodom, without a doubt, cries out to God for vengeance:  a vengeance which not only those, who promote such sins, justly merit from Him, but also those who tolerate such; a vengeance which they all must endure from Nature herself, when she avenges the enemies of her God, Creator and Author, by the calamity and turmoil of special and tremendous dispensations.

Let all men, therefore, know and heed, this manifesto of Christian conscience and hearken to the truths and rights which it declares, for the honor and glory of God and the defense of the United States of America.  And let them not so much trouble themselves and tremble before the men who profess it, but fear and cower beneath the Majesty and Authority of God the Creator, the Judge of the living and the dead, Which it acknowledges.