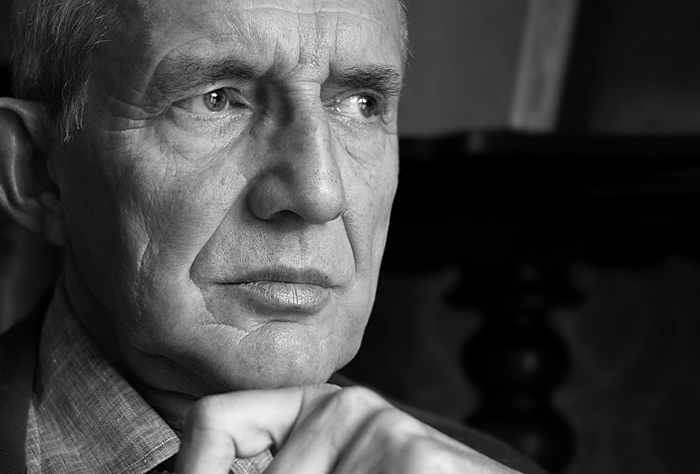 As my faithful readers may know, I began the From Rome Blog, on September 7, 2013 A.D. with a book Review of Enrico Maria Radaelli’s book, Il Domani Terribile o Radioso? del Dogma, which was a profound medication on the importance of recognizing Beauty as as one of the transcendentals of being. I remain ever thankful that my review so pleased Professor Radaelli that I had the honor of dining with him about a week thereafter.

I met him only on another occasion or two, and he urged me on in my proposal to blog, taking up the more profound questions of the day. I was at the time much immersed in my preparation of the English translation of the Commentaries of Saint Bonaventure, but I took heed of his encouragement.

Often it happens, that a chance meeting or reading will lead to greater things, of which one has not the foggiest notion or daring imagination to foresee. And at other times a slight negligence or carelessness about a chance reading or meeting can be the cause of grave omissions.

I see this now, more than 6 years after the events of February, 2013.  At that time I was a student in the Faculty of Theology of Saint Bonaventure, at Rome, and I was given a copy of Professor Radaelli’s Supplica to His Holiness Pope Benedict XVI, in which he urges the Pope to take back his renunciation. He published this on Feb. 18, 2013.

At the time my mind focused only on one part of his argument: namely the faulty notion that whereas a pope could lawfully resign, it was metaphysically unsound to do so. Reading Professor Radaelli’s paper in Italian, which you can read from this link, today, here, I had the difficulty of thinking about his entire argument and the problem he was addressing, since I think in English. I saw that the Professor had written with the most profound emotion and philosophical sense, but I dismissed what he warned of, summarily, since I was given to the same fault of many Catholics, namely of holding that papal power is such that there can be no question of immorality or defect in anything a Pope could lawfully do.

An acquaintance who had served several Bishops in Italy as their private secretary also in those days approached me to ask my opinion of the resignation. He told me that there was an article in the Corriere della Sera about clamorous errors in the text of the resignation, which would make it invalid. I remarked curtly, that how could the Vatican be ignorant of Latin, after all. And upon reading Canon 332 §2 in the English and Italian found nothing to object to. — Though I remained unsatisfied that there was not yet an English translation of the act of renunciation, which, if I remember correctly, only appeared in March after Bergoglio took the name “Francis.”

Professor Radaelli’s work is entitled, Why Pope Benedict XVI should withdraw his resignation: it is not yet time for a new Pope, because if there is one, he will be an Anti-Pope. (This English translation of the Title, is my own). The Italian is:

Now, I can see that Professor Radaelli had a profund metaphysical sense which went way beyond my grasp at the time. He was warning the world that a papal resignation had to be in conformity with the metaphysical nature of the Papacy, as an office and gift of grace originating and bestowed by the Living God, Who is Being and Existence Himself. Not being a native speaker of Italian I did not at that time see what was motivating him so strongly to object. I see now that it was that the resignation, in Italian, was being called a dimissione, that is a letting-go of office. This is the secular term for leaving office. It implies that the office is entirely in the power of the one holding it, is something secular, and has no metaphysical realty of itself other than a relation to those served.

But this is precisely the nature of a ministerium in Latin, when considered in of itself. Thus, the metaphysical sense of Professor Radaelli was giving off a loud alarm. He did not express this alarm in terms of canonical invalidity but of moral non conformity.

Though no one at the time was discussing the issue of ministerium vs. munus — because nearly everyone was reading a faulty Italian translation of the act of renunciation (prepared by the Vatican) and no one was reading the Code of Canon Law in Latin — the Professor was speaking prophetically in a true sense to warn the Church of Rome of the dire consequences to come.

For this reason, because of my own cavalier attitude to Professor Radaelli’s work, I owe him an apology. And I think the whole Church does also.

I only awoke to the problem when I actually looked at the Code of Canon Law, Canon 332 §2 in the Latin, and the text of the renunciation in Latin. Then I saw immediately the problem. Further investigation of what Canon 17 required confirmed it.

Today, I know by acquired human reason and by divine faith that Pope Benedict never validly resigned, because to affirm the opposite would require that one reject the entire Catholic Faith, right reason and human language itself. The inherent perfection of Beauty, as a transcendental of being which is inscribed in all things, a perfection which is expressed in the balance of good and truth and unity in a perfect harmony and order, preaches most loudly to all who will hear Her, that such is the case.