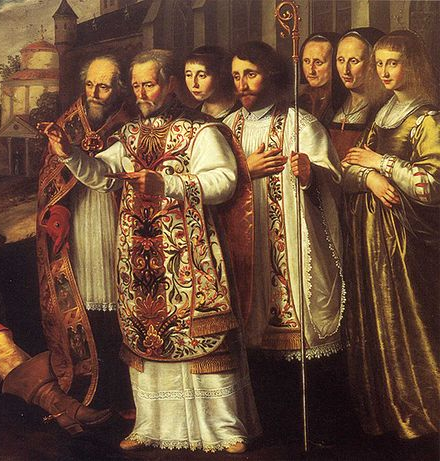 LET US STOP SAYING THAT NOTHING CAN BE DONE

The Schism started 6 years and 8 months ago, when the Cardinals seeing that Pope Benedict’s Act of Renouncing the “ministry committed to me through the hands of the Cardinals”, took advantage of his age and weak constitution by announcing to the world that he had resigned the Papacy. — If they had an ounce of respect for Our Lord, Who is Truth and Justice and His gift of the Office of St. Peter, they would have pointed out to him the numerous grammatical and legal and logical problems with the text he read.

Was he coerced or forced to renounce? Was he threatened? Was he confused? Did he just want to retire and not resign? Was he just utterly disgusted with the corruption of the Vatican?

Those are important historical questions, but THEY ARE IRRELEVANT, because as it stands HE NEVER RENOUNCED THE PAPAL OFFICE.  And anyone who does not know this can simply read PPBXVI.org or the From Rome Blog to know it. And if any Catholic refuses this, they are either intellectually incapable of understanding that two words can mean different things, or they are volitionally indisposed to separate themselves from Bergoglio and thus must be presumed to be heretics and schismatics, regardless of what mass they go to!

So, let’s first ennumerate the massive crimes being committed on a daily basis:

Cardinal Sodano and everyone else who went ahead and pretended he did are guilty of violating numerous Canons of Church Law, among which are:

Canonical Basis for taking Action against All of them

Now, from Canon 1399, it is clear that all these crimes are sufficiently grave as to require punishment. And Canon 1401 clearly puts these matters under the jurisdiction of the Church, in as much as regards faulting particular persons or imposing punishment. Nor does Canon 1405 prevent action against the Cardinals and Apostolic Legates for their part in this crime, because inasmuch as the resolution of the problem requires only a public confirmation of its existence and the removal of criminals from the claim to power which they have no right to, the Church has the right in ALL of Her members to take Canonical action, on account of the Apostolic See being impeded.

This is established by the principle, that the Salus animarum in Ecclesia suprema lex est (cf. Canon 1752). It is moved on the basis of justice in fulfillment of the observance of the Seventh Commandment of the Decalogue (Thou shalt not steal).

The example of St. Bernard of Clairvaux and St. Norbert of Xanten shows the way. During the schism of Anacletus II who usurped the Papacy, they called on the Kings of France and Germany to convene imperfect Synods and declare in favor of Pope Innocent II the rightful Bishop of Rome. — Their example and their canonization means that the Church wants us to imitate them in this!

The solution of the problem does not require a Canonical judgment in Tribunal, however. And therefore any group of Bishops in any part of the world can hold an imperfect Synod and declare their position on the matter. Each Synod should be directed to petitioning the government of their nation state to recognize Pope Benedict XVI as the Pope. This will liberate the local Church from the malign influence of the Apostate Revolutionaries.

Even if the Bishops of your locale will not act, this does not prevent Clergy, Laity and Religious to hold public meetings to declare the same thing, which the objective to urging their Bishops to act or reproving those bishops in the local for their complicity in the revolution.

SO LET US STOP SAYING THAT NOTHING CAN BE DONE. I have shown you that it needs to be done, How it can be done, and That it can be done without the violation of any Canon of Church law.

So I ask all Catholic bloggers, writers and website publishers, to take the first step and republish this article of mine, and join with The From Rome Blog in an alliance calling for action and the formation of action committees in every nation to do what we can do to stop the Apostasy. Each of you can start by declaring yourself for Pope Benedict XVI AND for the Canonical resolution of the Schism and punishment of the criminals. — Stop being wussies and lamenting each day that nothing is going to be done, or nothing can be done, as if you lived on another planet, had no personal responsibility, or are busy with something, in Heaven, Earth or Hell, which is more important!

And do not tell me that you are risking more than me. I live not a kilometer from the Vatican, at Rome, and the Vatican reads my blog daily. I could be arrested at any moment. — You know what? — I DO NOT CARE. I KNOW THAT THE CAUSE IS GREATER THAN MYSELF. I EXIST TO SERVE JESUS CHRIST!

The Feast of Saint Cecilia gave a sign from Heaven about all of this. Bergoglio being out of town in Thailand, the world capital of sex trafficking for minors: at Rome, the two weeks of clouds and rain broke, and God’s sun returned. The unnatural pairings which were so common in recent weeks disappeared and nature reasserted herself, in a way that gives hope, that if WE only collaborate to exorcise the darkness, the Church will return to Holiness in her members and rulers. See video below:

8 thoughts on “Catholics must now Rebuild the Church”