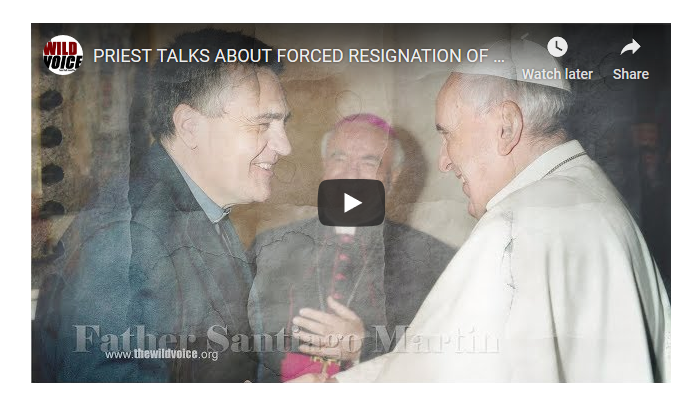 This video is in Spanish, but has English subtitles, and the entire transcript in English can be found at the Wild Voice, which has been a prophetic leader on the web, warning the Church about the St Gallen Mafia from the beginning. — Father Martin seems to be a former worker at the Vatican during the pontificate of Pope John Paul II. Says he knows Joseph Ratzinger personally.

In this homily, Father Santiago reveals how widespread the hatred and opposition for Pope Benedict was among the clergy and how there was exuberant rejoicing at this resignation. All signs which point to the real motivations for refusing to recognize the Renunciation was invalid. (See, How Benedict has defeated ‘Francis’ and, How Cardinal Sodano robbed the papacy from Pope Benedict). This also explains why its no exaggeration to suppose that Benedict has been imprisoned, not in a jail, but by an entire faction which wants him forever silenced.

Father Santiago, just as importantly, explains that he knew of the goals of the St. Gallen Mafia to attack Church teaching and overthrow the faith, and he warns against them. A warning, alas, which went unheeded, because the revolutionaries were already in charge at the Vatican.