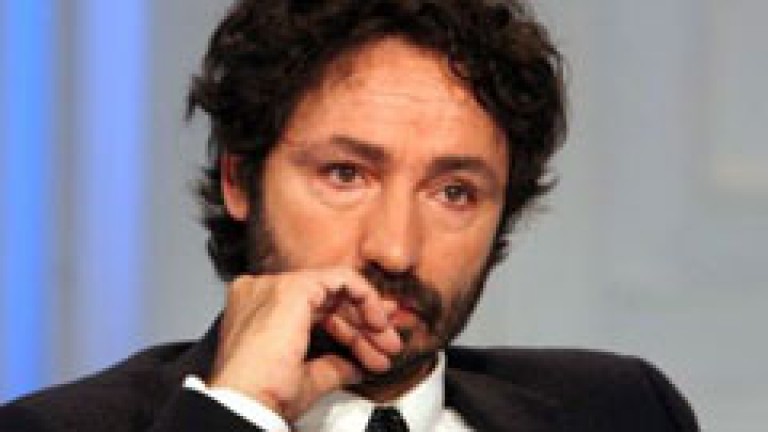 Reliable sources from inside the Vatican reconstruct the whole affair in this way. The book “Des profondeurs de nos coeurs” is clearly written by Benedict XVI and Cardinal Sarah (as is indisputably demonstrated by the letters the two exchanged last fall made known by Sarah [on his Twitter account].) Everything was decided and agreed upon together from the beginning.

The other day – when the excerpt in defense of celibacy was issued [in Le Figaro] – the end of the world broke out in the Vatican because Bergoglio was furious. Such an authoritative pronouncement from Benedict XVI prevents him from smashing priestly celibacy, as had been his intention to do in the forthcoming Post-Synodal Exhortation.

And so BERGOGLIO PERSONALLY called Archbishop Gänswein, who is personal secretary to Benedict XVI but also Prefect of the Papal Household of Bergoglio and – furious – he ORDERED him take the name of Benedict XVI off the cover of the book (since he could not demand that the text of the book be changed).

Bergoglio demanded a complete and total disavowal. For this reason the first news that filtered through spoke of sources “close to Benedict XVI” saying that Benedict had not co-authored the book with Sarah, had not approved the cover (which said that he is the author of the work).

This however was not true and Benedict XVI could not accept saying something false, thereby implicitly accusing Cardinal Sarah of having involved him without his consent. Nor did Pope Benedict have any intention of taking back what he had written in defense of celibacy in the book.

Cardinal Sarah immediately revealed the letters the two had exchanged, which demonstrated that the book was planned by both of them, and certainly Sarah revealed these letters with the consent of Benedict XVI – in order to re-establish the truth.

On the other hand, Benedict also needed to shelter his secretary [Gänswein] from the South American “vendettas” since Gänswein had received a peremptory order from Bergoglio.

Thus a compromise solution was adopted: in the successive editions of the book the author of the book will be Cardinal Sarah “WITH THE CONTRIBUTION OF BENEDICT XVI.” The text of the book in any case remains the same.

With this messy solution the Bergoglian courtiers can tell the media that “Benedict XVI has removed his signature from the book” (even though this is not true) and yet the book remains as it was, with the signature of Sarah and the name of Benedict XVI as the author of the parts written together.

A most ugly story of clerical bullying that in the end led to the gagging of Benedict XVI.

THERE IS STILL THE MOST IMPORTANT QUESTION: IF BERGOGLIO, IN HIS EXHORTATION, STRIKES AT CELIBACY (BY PERMITTING THE ORDINATION OF “VIRI PROBATI”) HE PLACES HIMSELF IN DIRECT OPPOSITION TO THE DOCTRINE OF THE CHURCH RESTATED IN THESE DAYS BY POPE BENEDICT XVI. THUS HE ASSUMES RESPONSIBILITY FOR A SERIOUS RIFT OF THE CHURCH FRAUGHT WITH CONSEQUENCES.

4 thoughts on “Antonio Socci: The Furor of the Despot Against the Catholic Pope”