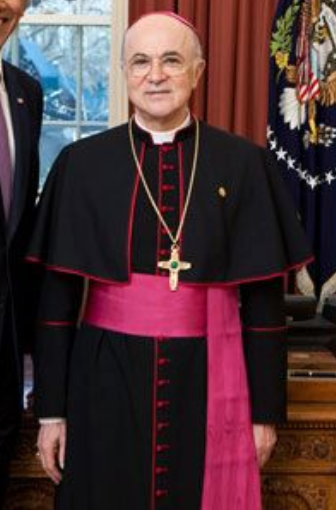 BREAKING — Rome, January 16, 2020 A. D.: Archbishop Carlo Maria Viganò in a front page leading article in today’s edition of La Verità, one of the leading conservative Italian Daily Newspapers, blasts Archbishop Gänswein as someone who has habitually put himself between Pope Benedict XVI and the Roman Curia, blocking and filtering things which he personally did not want Pope Benedict to see or respond to.

The revelations are personal and stunning. in a short article, written by Viganò himself, which follows on p. 2 of today’s edition. While I cannot legally give a translation of the whole article, I can summarize its contents:

For the full article, see La Verità at https://www.laverita.info/padre-georg-ha-isolato-il-pontefice-emerito-2644822455.html

For Marco Tosatti’s Discussion of this news, in Italian, see https://www.marcotosatti.com/2020/01/16/ganswein-benedetto-sarah-un-intervento-di-mons-vigano/