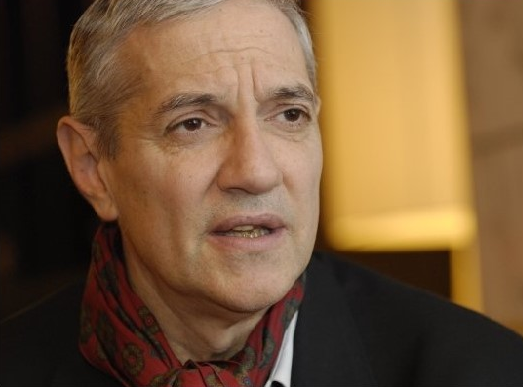 Authorized Translation by Giuseppe Pellegrino of the Original Italian

Published Dear readers, various people have asked me to try and shed light on the argument over the publication of the book “Des Profondeurs des nos coeurs” created by Benedict XVI and Cardinal Robert Sarah. Here we have brought together from extremely reliable sources a series of elements that we offer to you.

Apparently nobody in the Mater Ecclesiae monastery [where Benedict XVI lives] had seen the cover of the book, and this was one of the principal problems.

The central point however to clarify is the content of the polemic that the “Bergoglio Press Team” launched from the beginning: claiming that Benedict had not been involved in writing the book, that he only put his signature on it and other such miserable insinuations. The reality is that Benedict XVI edited all of the drafts of the book, obviously his own part, but also reading and editing the part written by Cardinal Robert Sarah.

Benedict also said, and wrote, to Sarah, that he approved both the introduction and the conclusion of the book.

George Gänswein has not read the book, and this has definitely caused a problem.

The entire operation remained in the hands of Benedict and Sarah, and also the editor Nicolas Diat, who obviously took a great interest in the job, seeing it as an occasion to make this book the “important” book of Benedict XVI and Sarah, all to his glory and merit.

Thus, when the bomb went off Monday morning [which had already begun to explode on Sunday night because in America they were awake], and people like Faggioli, etc. started shooting, with a very clear intention. The focused on the cover, which Diat had published, saying that here he wanted to make an “operation against the Pope,” that is, against Pope Francis.

The objective of Faggioli etc. was to have there be no discussion of the content of the book. On Monday morning at the Mater Ecclesiae monastery they did not realize the extent of the polemic that was taking place, despite having been warned. Gänswein finally got in touch with Andrea Tornielli, who wrote an article for L’Osservatore Romano and Vatican News, referring to the ideas of Pope Bergoglio on the importance of celibacy, and seeking to throw oil on the waters that various channels were agitating, claiming among other things that Benedict XVI and Sarah had not written the book together.

The latest development, which is frankly quite incomprehensible, has come to us from the declarations of Georg Gänswein, who told a German journalist that the title needs to be changed as well as the cover. For what reason, we don’t know.  Perhaps in order to protect his own position, which is definitely a complicated one, as he is the person closest to Benedict and at the same time close to Bergoglio as the Prefect of the Papal Household. In passing, we can note that among the yelps and barkings of the pro-regime press in the first hours of this controversy they were speaking of a manipulation by the “entourage” of Pope Benedict. But actually, since Benedict’s “entourage” consists of Gänswein alone, it was in the dark about everything…. But the impression is that Gänswein is trying to avoid being crushed between a rock and hard place is strong; to the point of making people believe that if some sort of push was given to Benedict, well, it only happened now and not previously.

Undoubtedly Gänswein with his declarations today places Cardinal Sarah in a difficult situation that has nothing to do with him. Sarah has conducted himself in an extremely straightforward way. All of this work on the book, however, began before the Synod on the Amazon, in September.

In September, because of the pre-synodal polemics over priestly celibacy and the question of “viri probati,” Benedict had already written fifteen reflections on the theme of celibacy. These were then included in the book.

Note that the path taken seems very similar to what happened on the occasion of the summit on clergy sexual abuse [in February 2019]. Benedict had prepared a reflection, probably with the intention of offering it as a contribution to bishops directing the summit, sending it to the reigning Pontiff and the Secretary of State. But it remained there [and was never presented at the summit], and it was published a few months later in a German journal that focuses on the clergy.

Once again, it seems interesting and important to repeat: these paper polemics have moved all of our attention away from the contents of the book to its cover!