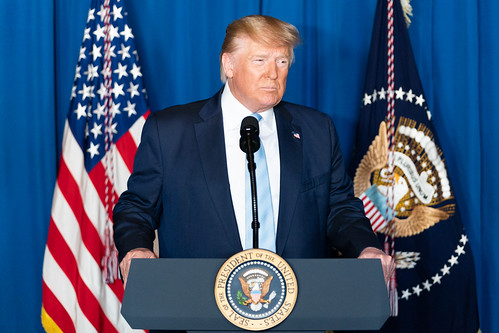 Petition to President Trump to advocate for the protection of all the elderly, including POPE BENEDICT XVI!

TEXT OF THE PETITION

As recent events at the Vatican have shown, the elderly and frail Pope Benedict is being housed in a facility where the man responsible, Archbishop Gänswein, is attacking his collaborators and claiming he did not do or say or approve what he did approve and say and do. We are concerned that this elderly man is being manipulated for political reasons, which is elder abuse. We are also concerned because of his fidelity to Catholic teaching, that he might be further victimized in the near future by members of Bergoglio’s government. We therefore ask President Trump to raise concern about this issue by issuing one tweet:

“I am concerned for the welfare of all the elderly and that they not be abused or manipulated, including Pope Benedict XVI. I urge all to take effective steps for their care!”

100,000 Signatures are needed to get the White House to act on the petition!

Please share this petition on all Social Media venues!

4 thoughts on “Petition President Trump to speak out for Pope Benedict’s care!”