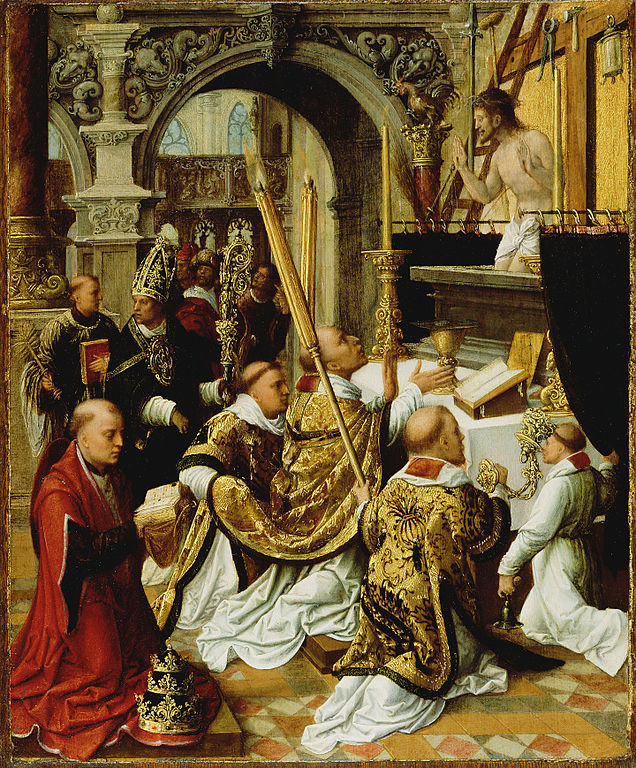 There has been, since the time of Vatican II, a lot of spilt ink on the possibility of opening the priesthood to married men, or even of allowing the ordained to marry. And in this regard there have been some notable defenses of the immemorial practice of celibacy in the Roman Rite for its priests.

It is not my point to review them or enter into the debate, but only to make some observations which are as necessary to be made as they are often forgotten, and this especially now when Bergoglio is about to attempt to destroy the celibate priesthood forever.

The first is that celibacy is not merely a question of discipline. This is one of the fundamental errors of the entire debate and often made on both sides.

As a Franciscan, whose spirituality directs us to contemplate the Lord Jesus and imitate Him up close, I have always found it rather incomprehensible that anyone can frame the discussion of celibacy as one of discipline.

It follows, then, that there is a fittingness (convenientia, in Latin) between chastity and the priesthood. And this fittingness is inherent in the essence of the priesthood.* For as Saint Paul says, priests are ordained to be Ambassadors of God and Dispensers of the Mysteries of God.  Being an ambassador means that one exists to represent God and His will. Being a Dispenser, means that one is responsible not only for what is given out but the cleanliness of how it is given out.

Second, since the Mysteries of God, the Sacraments, are all Holy, it follows that the man who Dispenses them should be all holy. “Holy” in Scripture means set apart, dedicated.

For those who understand the spiritual life, then, it is quickly recognized that the one vice which distracts from being holy, from the Holy and from the will of God and a unique dedication to That alone, is the vice of impurity. Which certainly can be fostered outside of marriage, but which is rather impossible to extract oneself from in marriage, where, thankfully, it does not produce mortal sin necessarily if kept within bounds of nature and the Sacrament, though it nevertheless is just as distracting.

So for a priest to have his mind on God at all times, it is essential that he be chaste, and thus, the discipline of celibacy is an essential requirement to fulfill that duty.

This does not mean that the clergy of the Byzantine Rites, who are married men and then ordained priests, are any less priests, but it is much more difficult for them. Which may be why God gave them such an inspiring Liturgy which is so powerful to attract the attention of the mind to heavenly things.

In the West, however, our Liturgies were always more simple. But the discipline of celibacy was more common and became obligatory, after the Church saw how awful was the consequence of omitting the practice.

A truly celibate priest, therefore, is truly chaste. There is no possibility that one who identifies as a sodomite or who consents to impure pleasure of any kind, is a holy priest, or can be a holy priest. It is an ontological impossibility in the order of things supernatural.

Defend and support chaste priests and defended always the practice of celibacy. These are from God and we cannot value them too little.

Third and finally, what the Church needs is not the end of celibacy but the spread of celibacy. I mean to say, the Church needs to revive the minor orders and invite men to accept them in a celibate life. By extending the concept of the clergy back to its traditional sources of porters, exorcists, lectors, acolytes, subdeacons, deacons, priests and bishops, the Church will evangelize the world more effectively by promoting the notion that with God’s grace and love of Christ, celibacy is a powerful witness to the supernatural and frees a man to work in Christ’s vineyard like no other discipline can do for him.

CREDITS: The Featured Image is Adriaen Ysenbrandt’s, The Mass of St. Gregory the Great, which depicts a miracle during the Mass said by the Saintly Pope. The image is in the public domain in the USA according to Wikipedia. The actually painting is now in the Getty Museum, which is worth visiting to see this Masterpiece alone!

* For those students of scholastic philosophy and theology, I use here the term essential in its proper sense (essentiale as meaning essentiae), but in the title I used it in the referential sense (essentiale as meaning ad essentiam). The former is what belongs to the essence of the thing, the latter is what regards the essence of the thing, such as being helpful or fitting or defensive.