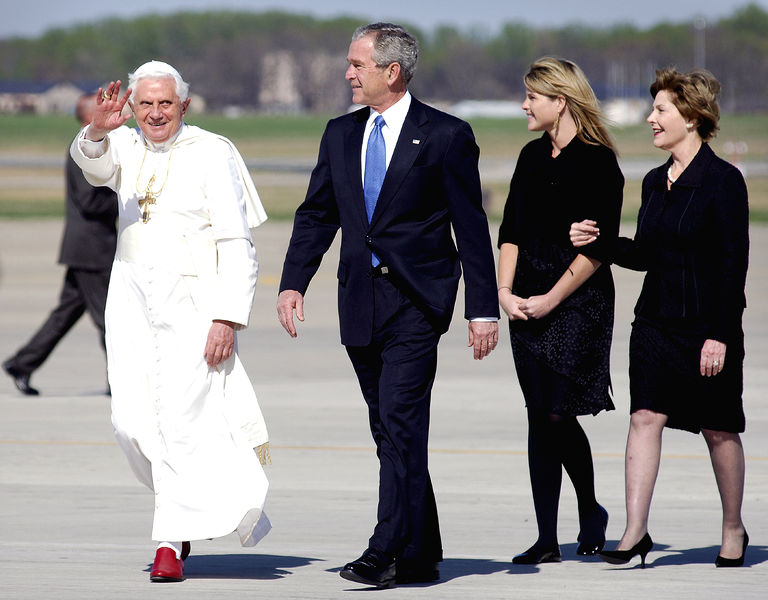 I was in admiration of Marco Tosatti yesterday, in how he used a simile to highlight the problems in the Church. It reminds me of the Great Scholastics, who imitated Our Lord in using similes to help everyone understand important lessons.

In that vein, and in admiration of my betters, I will propose a simile of my own creation to highlight the nature and problems in the present Crisis in the Church.

Benedikt is a grandfather of a very large family. He has so many children and grandchildren that they cannot even live on the same property. Many live far away, having found work and married and started families of their own. But Grandpa Benedict is still the King in his castle.

He runs the family business in the same spirit. But what is unknown to most of his faithful children and grandchildren living far away, is that those members of the family who live on the same property hate and detest him, because he is always faulting them for their vices and wickedness.

So seeing that Grandpa Benedict is prone to psychological harassment they contrive an evil plot to wear him down until he relents and retires, or even better, drops dead. Then the will steal his inheritance, the chief treasure of which is a golden walker. (A walker is a 4 legged support for the elderly, to allow them to walk without falling down.)

So on Feb. 11, 2013 they convince him to retire and give him a legal document to sign, which says he is retiring and leaving all his wealth to his children who live with him, and nothing to those who live far away.

As soon as news of this reaches all his children and grandchildren on social media, they are shocked. They cannot believe it. It is Mardi Gras and some think it is a cruel joke. They knew a little about the opposition which Grandpa Benedikt was facing but they never thought he would give in. It never dawns on them to think that their family members at the homestead would be in cahoots to lie about everything and put out lies about his retirement.

So the most evil of the children, who is not even a natural son, but adopted from a Marxist family, is elected by the rest of the evil children to run the family business, and he grabs the golden walker and puts it in his office, while he sends Grandpa Benedikt to a small hut on the homestead, where he can be watched and monitored by Georg, his former secretary.

Seven years later, when the faithful children from far away, still find Grandpa in good health but now being abused over a dispute about book rights, they begin to doubt that Grandpa left anything to anyone. In fact, the document of the bequest is clear. Grandpa left his golden walking not his golden walker.

So the faithful children feel Grandpa Benedict has been defrauded and take the whole family to an estate attorney by the name of Wiser Old Burke. Who carefully reads the bequest and explains:

There is a big difference between a walker and a walking. A walker is a thing which can be renounced, but a walking is an action which pertains to Grandpa Benedikt and cannot be separated from his body, even if he renounces it. So I am afraid that the faithful children will win the case in court, and that you have to give Grandpa back his golden walker!

Thus finishes the simile. Do I need to explain what it means? I leave that to my readers, in the comment section below.

CREDITS: The Featured Image is of Pope Benedict during his visit to the USA, as he walks along side of President George Bush, Jr., with his wife and family. Taken by a member of the US Airforce as part of official duties, it is in the public domain.

9 thoughts on “Grandpa Benedikt: A simile for the Crisis in the Church”