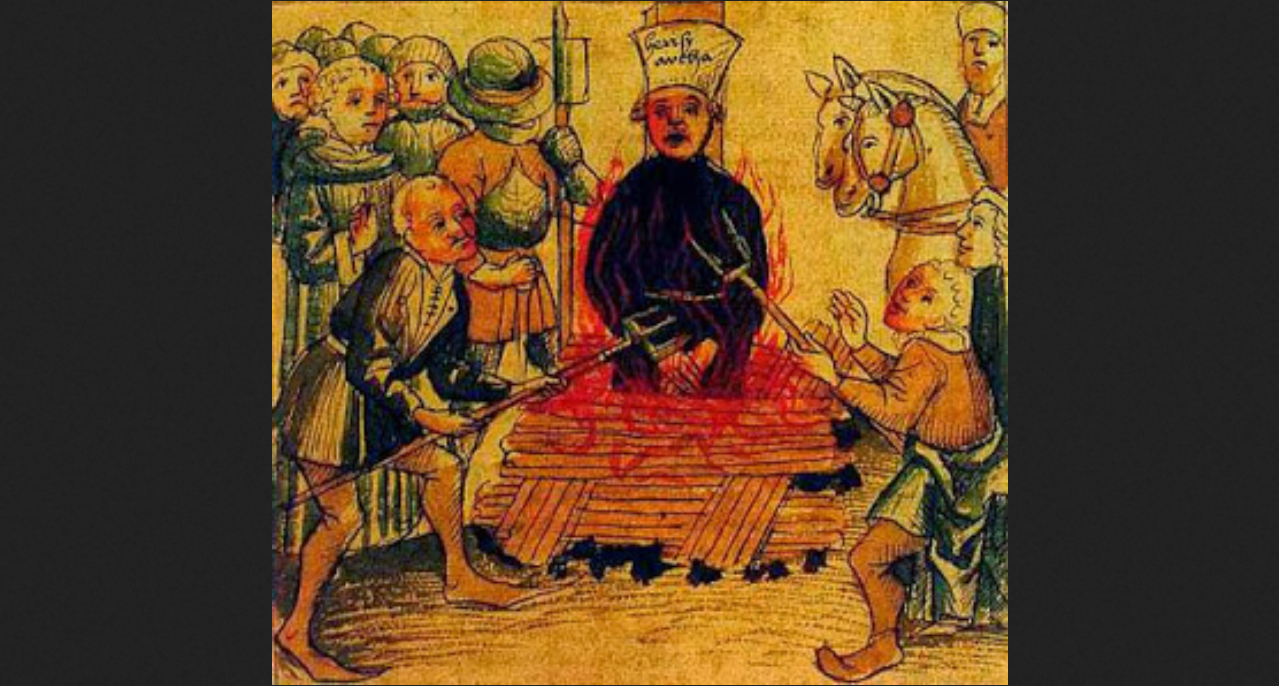 For 50 years we have been preached to on a weekly basis that what the Church needs is the Aggiornamento: to get away from the rigorous idea that the Church should be run according to “medieval” ideas of discipline.

But, now that Bergoglio has openly declared his intentions to found a New Religion and dump Catholicism, the mask has fallen: if you disagree, you are fired. If you publicly deny he is the pope, you are excommunicated — in Don Minutella’s case a double excommunication.

Here at Rome one member of the faithful was declared excommunicated by his pastor, who claimed authority to do so on account of a phone call to the Secretary of State at the Vatican. — No you cannot make this up: excommunications by telephone. What’s next, an App for instant ex-communications?

What ever happened with the Holy Office? — Discipline was evil when it was directed against true heretics and schismatics and perverts, no?

But no more…   welcome to the False Church of Diabolic penalties. What is next, Auto da Haeresia’s?

We have to recognize that the entire Catholic World has been played for fools by all this talk of Aggiornamento. It appears now to have been simply a Marxist trick to break down the Church from within, in view of disposing us to accept the Apostasy which has come upon us.

CREDITS: The Featured Image is an 18th century sketch of an Auto da Fe, where a heretic is publicly burned alive, after refusing to recant his blasphemous heresies. Source: here. Auto da Fe, is a name used in reference to the 3 attempts given to the accused to self proclaim their Catholic Faith again. An Auto da Haeresia would be the opposite.

4 thoughts on “The Facade of the Aggiornamento has fallen!”