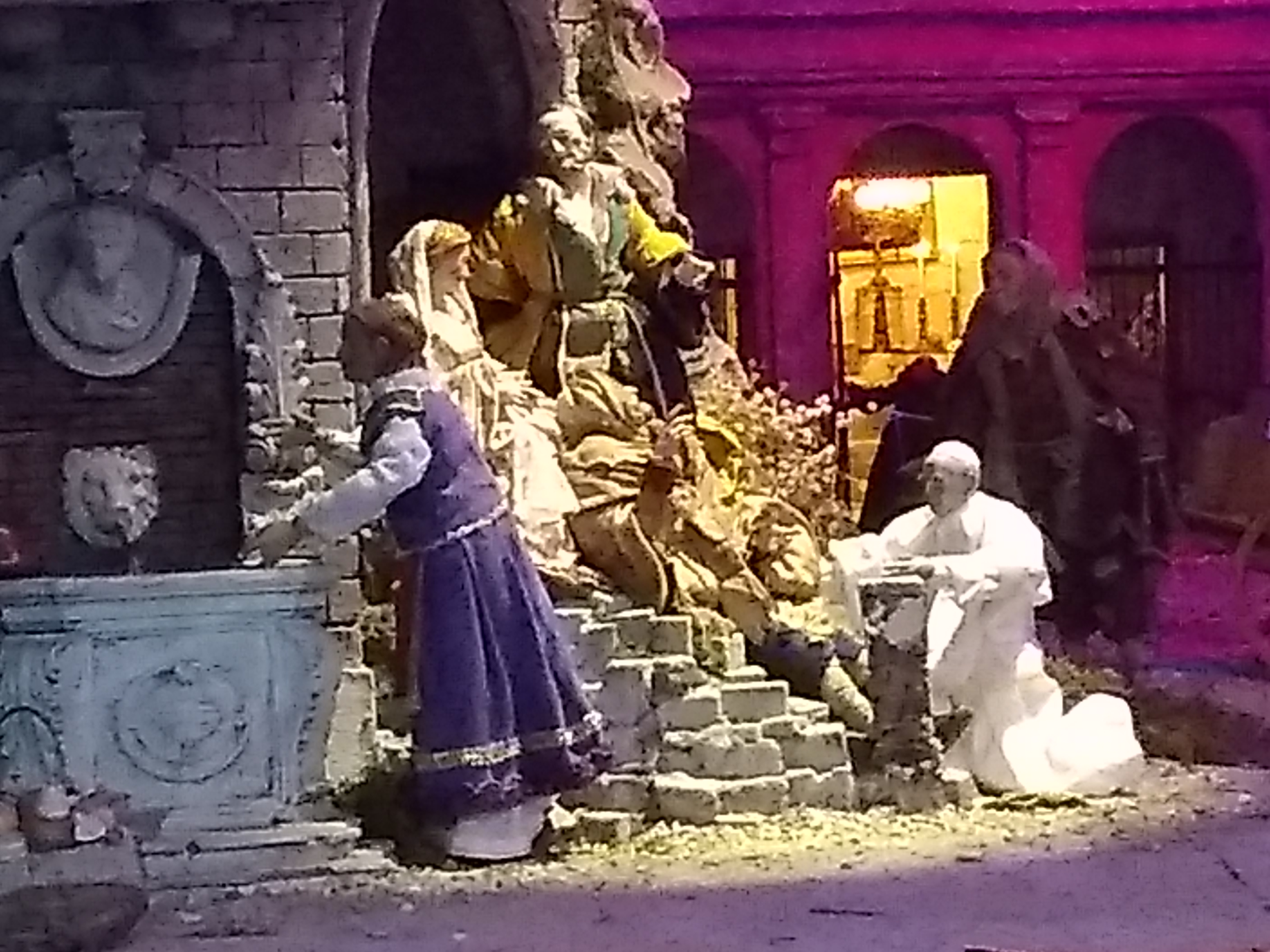 So goes the maxim, popular in American English, on account of the fame of the man who said it and the insight it contains. He made the remark in regard to the promises of politicians running for office, but it finds suitable application to all manners of public presentation.

I remember the summer of 1998. Having done some apostolic work in the streets in minor seminary, I was invited by two laymen to do some street preaching in Boston. It was a real eye opener, we held signs which decried sin in Biblical terms and called upon everyone to convert to the Catholic Faith.

It was then that I came to understand how absolutely deceitful the inveterate sinner is who is addicted to things contrary to nature. I think you know what I mean, but for the sake of children, I won’t say more.

This is why the entire agenda of Jorge Mario Bergoglio is not hard for me to see for what it is. These people are expert play actors, because their entire affectivity is a pretense. And like drug addicts or chronic alcoholics they suffer frequently from sociopathy.  Sociopathy is the corrupted state of the mind which refuses to admit that in all things, it must conform itself to an eternal unchanging law of morality, which comes from outside and is the basis of human morals. Sociopaths think that they are exempt or entitled to omit the observance of this or that moral law. Sociopathy leads to psychopathy, where the person no longer believes that any moral law constrains him. Lucifer was the first psychopath.

This concept of truth is why so many of them resort to victimizing the weak of mind or the youth. For these people it is practiced art, and that is why they tend to seek positions of public influence or power where they can prey upon as many persons as they want.

Sociopathy is not just something that regards the violation of the Sixth or Ninth Commandments of the Decalogue, it can regard any vice or sin. The avaricious are in extreme cases also sociopathic. The movie, The Wolf of Wall Street made this very clear — though if you have any sense of morals, watching the film is something that you will regret, it is way too graphic.

But sin in the modern world is not not graphic. There is always more evil in the world that we know right now, because it is hidden from us. This is why the Saints and indeed all prudent parents have from the beginning of time warned those under their care, to not walk with those who condone evil or refuse to admit evil is evil.

People of that base character are on a bad path, and will end in a bad way. Whether they do it out of an addiction or out of love for money. Saint Paul the Apostle reminds us of this, in the passage, For the desire of money is the root of all evils; which some coveting have erred from the faith, and have entangled themselves in many sorrows. (1 Timothy 6:10) And he said this about FALSE APOSTLES not about merchants or land owners.

The teaching of Bergoglio is not — as is claimed by those self-styled Trads who deny the Canons of the Church, nor as the Sedevacantists, who deny the authority of offices — something which is like the errors of anyone since the death Pius XII. It is a direct and open and manifest denial of the very foundations of the faith. And if anyone says otherwise, you should consider that they might either be insane or have not the slightest mental faculty to see that saying that Jesus is not God  (Bergoglio) is NOT just as bad as holding that an opinion on how much Blood was necessary to be shed in the Passion (Ratzinger)!

Bergoglio is using the strategem of Adolf Hitler: promise everyone everything they have ever wanted on the condition that they recognize you as the leader! — But as History shows, that led to the destruction of everyone who signed on.

Sociopaths are not always consistent in what they say, but they are consistent in what they want. And the ones which want you to keep giving them money to read their pretense that things are not as they are, I think are the most dangerous to souls, because in practice they are giving power to the forces which want to destroy Christianity. They are like the watchmen on the Gates of the Church, which as the Enemy overthrows the city and starts to  burn all the buildings to the ground, keep shouting : All is well, and 12 o’clock!

CREDITS: The Featured Image is a photograph of a Christmas Creche which was displayed in the Church of Santa Maria della Grazie al Trionfale, here at Rome. It shows Bergoglio as a Biblical Figure, kneeling before the crib. This is clear evidence that at the very least, there has been a profound loss of faith and a complete substitution of the Gospel with a political agenda. Image used with permission of its creator.

5 thoughts on “Don’t be fooled: Those who insist you accept an Antipope, support his agenda 100%”