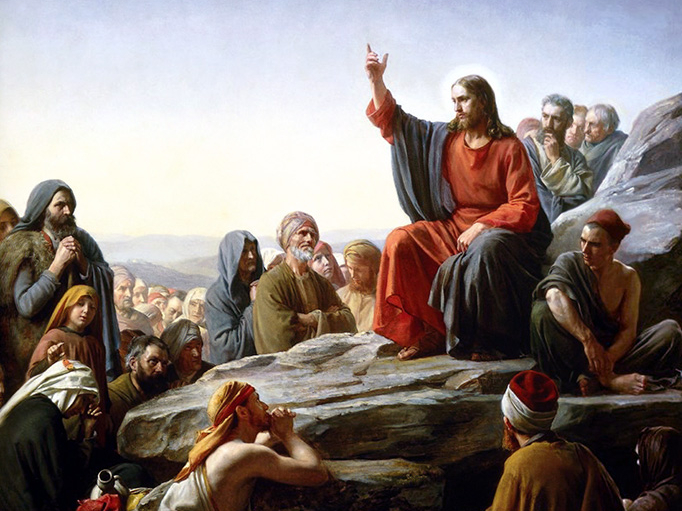 In the year of Our Lord, One Thousand, Eight-hundred and twenty, Bl. Anna Katerina Emmerich had a series of visions which spoke of a Church of Darkness and a dark Pope taking over the Church of Rome. As a remedy, Our Lady showed how if the faithful came before Her Basilica of Sainta Maria Maggiore at midnight and prayed with arms outstretched — after the manner of prayer Her Son prayed upon the Cross for the redemption of mankind — that soon the doors would open and the Church of Darkness be driven from the City.

In the details of that vision, there are 2 important facts: That Our Lady measures the minimum time She asks everyone to pray is three Our Fathers; and that the Saint accompanying the Blessed is Saint Francis of Assisi.

Saint Francis was very devoted to the Our Father. He requires the brothers of his Order to say 72 of them each day, in place of the 72 psalms which the clergy in his day said every day. But not only that, Saint Francis wrote the most sublime commentary on the Our Father every written, better even than that of Saint Thomas Aquinas.

These details leads one to conclude that Our Heavenly Mother is trying very gently to indicate the importance of the Our Father for the salvation of the Church today.

I have seen many treatises on Prayer, but in none of them have I seen an explanation of the importance of the Our Father. So I want to share some observations on this, to demonstrate that that single prayer is the most important in all the cosmos, and the most important for each of us, to arrive at our eternal destiny. Consequently, it is the essence of the Catholic religion.

Between the Alpha and the Omega

When you connect your starting point with your destination with a line, you have traced out the path of your earthly journey.  That path may not be straight, because this world is full of crooked things and obstacles for travelers.

But in celestial movements, when you connect starting points with destinations, the lines are always straight.

The same is true in the supernatural order of things.

Before the Creation there was nothing but God. And there is nothing in Creation that did not come from God, or was made out of or from the things which came from God. And in the End, when this world is destroyed, there will be nothing left, but what has arrived at God, in Heaven, and what has refused to arrive there, which will be cast into eternal Hell fire.

The line connecting God as the Beginning or Alpha of all things to God as the End or Omega of all things, is, thus, the cosmic journey of all creation. It is the very context of the being of all things, whether physical or spiritual, natural or supernatural. Not every creature is in motion along that itinerary, most of it is divinely elaborate landscape. But mankind was intended as a race to be the journeyman.

And this is why, Jesus Christ, the Eternal Son of God, taught us only 1 prayer: the Our Father. A lot of scholars and theologians and especially liturgists are embarrassed by this. They think Christ should have written a Missale or something, or at least put a Breviary into print. But He did not.

He did not, because God, being Infinite, know how to say the Infinite in the singular, in the tiny, in the details of everything which comes forth from His Mouth. This is what makes the words of Jesus Christ in the Gospel everlasting. There is just no end to the treasures to be revealed in them.

And the Our Father is no different.

Step back for a moment and consider the Our Father in its totality.  It is a prayer addressed to God the Father, the First Person of the Trinity, the principle of the whole Trinity, since it is from Him alone that both the other Two Persons proceed. The prayer itself ends with petitions for things which are necessary for us to arrive at Heaven, our last End, God Himself — in Whom Saint Francis says the Saints dwell.

So the Our Father is, in its few phrases, THE prayer for the Cosmic journey I just spoke of, because it connects us to  God as our First Cause, our Alpha, and to God as our Last End, or Omega. There is no greater prayer of spiritual orientation than that.

And this is, I believe, the hidden message in the revelations made to Bl. Anna Katerina Emmerich. The Church has come to the present crisis because way too many of those in the Church, Clergy first of all, have lost their orientation and are wandering like fallen stars, out of their proper positions. They have forgotten to attend to what the words of the Our Father mean.

This is why I say, that the Our Father is the very sum and essence of the Catholic Religion, because our Holy Faith has nothing to do with anything more than orientating us to God and directing us to live with Him forever, by faith in God, penance for our sins, and a humble service of the Divine Majesty.  Just as you cannot properly pray the Our Father without turning to Him, so the Mass should always be offered with the whole congregation, priest included, facing the Father, ad orientem.

Moreover, just as there is no one who knows how to return to the Father except the Son Who has come down from the Father, so there is no sanity in religion without unswering adherence to all which the Son has established and how He established it.

All of this is put in question and denied in practice by those how hold that a heretic, apostate and uncanonically elected man is indubitably the Pope. That is like saying the road side snake oil peddler is your travel agent!

That is also why it is cosmic insanity to change the words of the Our Father.

The Our Father is the most sublime prayer, when we say it, we should mean what we say, and because of its importance in the cosmic scale of things, IF WE DO NOT MEAN what we say when we pray the Our Father, we are truly lost.

CREDITS: The Featured Image is an image of Bloch’s, Sermon on the Mount, painted in 1980, and is thus in the public domain.

3 thoughts on “The Our Father: Remedy against the Church of Darkness”