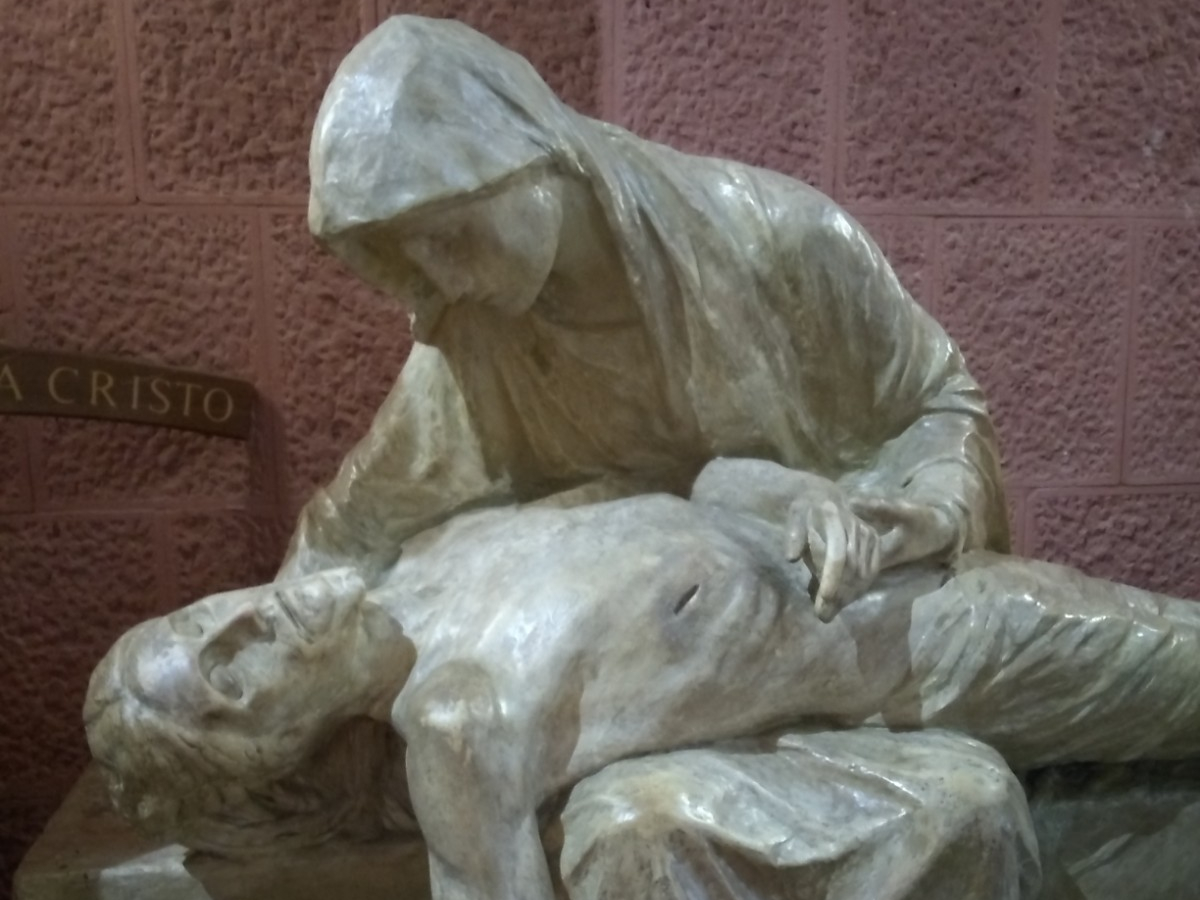 In psychology, this state of mind might be called being in denial.  For those who are in an abusive relationship, the abuse begins a long time before recognition that it is abuse for many souls who are simply too optimistic about the situation. He or she does not mean it. It was just something passing. It was my mistake. I have to give them another chance. I will let it pass, etc. etc These are the thoughts of many persons who are being abused or mistreated, but who simply cannot admit the reality of what they are living in.

Many — no I would say, most Catholics today, who are still practicing, think this way. They were lied to, and told that Pope Benedict renounced the papacy. They were lied to, when they were told that a humble man, a great reformer was elected pope. They have been lied to by so, so many Cardinals and Bishops, who tell them: you should not judge the pope; what he said is being misinterpreted; the media say that, but he believes the opposite; that is not heresy; that is blasphemy not heresy, but some popes were not saints; that is not what the faith teaches, but don’t you presume to call it heresy; you are being to judgemental and should pray more; if you want to remain at peace, stop reading the news out of Rome; the Synod was not what the media said; he disagrees with what they are saying, I know, I was in Rome and he told me to my face; I find those proposals totally objectionable, but it is not yet time to object; yes, there are grave problems in the document, but now is not the time to complain; he is an old man so don’t worry so much about it.

I think you have heard all of that, and perhaps a lot more, from Cardinals and Bishops and priests. I hope you recognize it for what it is, the same mindset that keeps persons in abusive relationships. — I will say something, here, which is very impolitic, namely, that a group of men who have allowed hundreds of thousands of boys, mostly, and girls to be sexually abused by their peers and colleagues and superiors — what kind of mindset do you think they have, and what kind of talent do you think they excel in, if not in making excuses to victims so as to help them remain in an abusive relationship?!

I was trained in Cultural Anthropology, before I became a friar in the Franciscan Friars of the Immaculate. So I know how to step back and take a look at the group behavior. And so I will be very very frank, here:

There is only one real problem in the Church right now: the Clergy. I do not mean the Sacrament of Orders or the Hierarchical nature of the Church. I mean the group of men who are in the clergy. They are a group of sexual abusers and protectors of sexual abusers. They have little left of a Christian conscience, and a lot of them are so practiced in their ability to deny the corruption among their own ranks, that they simply do not see reality any more. And not seeing it, they certainly won’t act to do anything about it on their own.

This is the Big reason why they will not even let you admit the BIG LIE, that Benedict never validly resigned the papacy — He never even resigned. He simply said in Latin that he was tired and did not feel capable of doing the work of the office.

The Cardinals did no such thing. They did not respect an old man, and they certainly did not respect the Office of Christ’s Vicar. — But they tell us that we are “extremists” and “schismatic” if we so much as imply that they acted illegally and called an illegitimate Conclave in 2013. Even when you speak with them — if they should grant you such a favor — you have to avoid adjectives which refer to moral failure, because they cannot suffer the odor of such conversations.

This chronic and acute culture of abuse is why 100s of millions of Catholics right now are waiting on despair. They are waiting for the man whom they were told is the Pope, and whom they can see does not act like a pope — not even like a Catholic — to abolish Clerical Celibacy. They would be already protesting the absurdity and horror of it, if the Cardinals and Bishops who keep telling them lies were not making nothing burger statements about it and assuring them it is not that bad.

But for me, though I see it as unconscionable that Celibacy for priests in the Latin Rite be abolished, I see these posturings of so many clergy who tell everyone to tolerate being abuse and shut up, as the epitome of hypocrisy — like as if it were O.K. to insult  God, change the Our Father, blaspheme our Lady, throw Jesus Christ in the Sacrament to swine, but the real problem is the abolition of celibacy! — That is pathological.  That this pharisaical.  That is CLERICALISM incarnate.

Though I do not believe their crocodile tears any more. They only want one thing. that you shut up and keep going along with the abuse.

The solution in many abusive relationships is simply walking away. But some are of a kind where there is an obligation to remain, and so, the solution is bringing justice to the relationship. In the olden days, a woman was never abused by her husband, if she came from a family of brothers and lived in the same town as them. Because, the brothers could always be called upon to physically reckon with the abuser and make him know that if it happened again, he would feel it from them.

Being a Catholic, we should never leave the Church. Being faithful to Christ, the Church is more ours than that of sinful and wicked clergy. The only way forward is clear: we need to bring in the Canonical Processes of excommunication and anathema, the big brothers of every faithful catholic, and see that they get in contact with the guilty abusers. This is why calling Synods to condemn these men is not an option, it is justice! Those who won’t call for them, are like men who have castrated themselves to appear acceptable. They are the moral equivalent of sickos. Walk with them no more.

Clergy who do not wish to punish the guilty should be told to their face what they are. We can not wait for despair. We need to put aside the gentility and correct the very bad and twisted consciences of the sick group of men in so many positions of power in the Church. — Those who say otherwise, are abusers and protectors of abusers. Tell it to their faces!

CREDITS: The Featured Image is of a statue of the Pieta, taken by Br. Bugnolo.

4 thoughts on “Waiting on Despair”