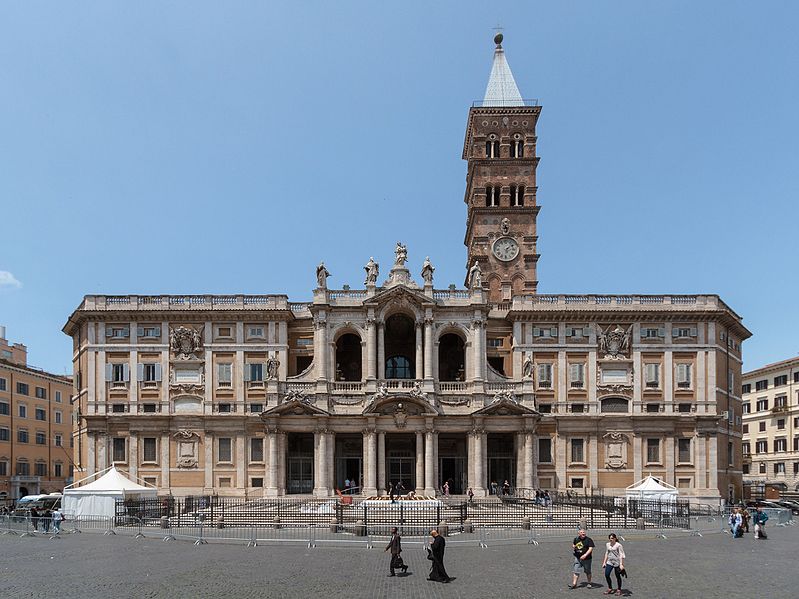 Reading the lives of the Saints, if there is one lesson which we can take away, it is this: God resists the proud, but to the humble He gives grace.

Reading the lives of Saints Vincent Ferrer and Bernard of Clairvaux — who both lived in times of schism in the Church, with two or more rivals for the papacy — we can take away another lesson: In times of schism, YOU will find the true pope, only if you remain faithful to the truth.

Saint Bernard examined the facts and laws of the controversy, and he immediately found out who was the true Pope and from that most sound foundation had the certitude and confidence to fight for him for 9 long years.

Saint Vincent held to the truth of logic, and after 38 years he discerned that the human testimony he had from his Cardinal friend, was false, and so renounced the false pope.

These are the two methods of discernment which are most common. Both regard the truth. Saint Bernard’s method is the proper and direct one, and it saves you a lot of time and suffering. But Saint Vincent’s works too, once you disabuse yourself of your blind trust in your favorite Cardinal.

But there is a third method, and for this I think Bl. Anna-Katerina Emmerich shows us the way, though in life she may not have realized it. If you love God intensely and are morally faithful to the teaching of the Church, God cannot resist giving you the grace to know the truth, even about natural things.

This is one of the principles of mystical theology. It is based on two scriptures. The first, a Divine Promise, made to us by Jesus Christ. The second a Divine Law revealed to Abraham regarding what it means to be the friend of God.

Jesus answered, and said to him: If any one love me, he will keep my word, and my Father will love him, and we will come to him, and will make our abode with him.

Here Our Lord is not talking about the Eucharist, though tangentially this refers also to that great mystery. No, He is talking directly about the Divine Indwelling, whereby, on account of a persons fidelity to the Catholic Faith, the life of grace and their meticulous avoidance of sin — especially those of their primary fault — God takes up a special dwelling in their soul, which becomes a fountain of special favors and helps.

Saint Theresa of Avila speaks of this in her book, The Interior Castle, which cannot be recommended too much.

The Second Scripture is found in the book of Genesis 18:17

Then the LORD said, “Shall I hide from Abraham what I am about to do?

The divine logic is this. To one who is faithful, to whom I have manifested Myself, Who am Infinite Truth, how can I justify concealing any other truth? This reading is confirmed from the Book of Amos 3:7:

Surely the Lord GOD does nothing without revealing His plan to His servants the prophets.

And this is why Bl. Anna-Katerina Emmerich had the visions she had, 200 years ago this spring, in which she saw a Church of Darkness headed by a dark and wicked pope take control of Rome and push aside the Catholic Church and the true pope, who would be ignored by all the clergy and paralyzed by inaction and a lack of personal self confidence.

But to those of us, today, who strive to be faithful to God, Our Lady has left us these vision and prophecies to guide us too, if we want to find the truth.

And in this, I think there are details in those visions, that only the faithful can find. Because if you believe in them, you will come to the Basilica of Santa Maria Maggiore and pray. And standing there, looking at the Facade of the Basilica you can see the message which Our Lady hid in the prophecy.

Because above the facade, there is a statue of Her, and below that in the Loggia, there is a Mosaic of an Icon of Christ, King and Master of all.

And to the right hand of those two pillars of fidelity, you can see the name of a Pope. And it is the same name as one of the two present claimants to the papacy.

And as you stand there praying the Our Father, you cannot help seeing the truth staring you in the face, night after night.  What Our Lady could not say openly from 1820 til our days, She said cryptically to Bl. Anna Katerina Emmerich, so that for all Her children who are faithful to God and to Herself, they would have a way to know the truth, even if they could not understand canon law.

That is why I say, if you are faithful, you will find the true pope, for the name of the true Pope is found, at the right hand of fidelity.

Come and see it for yourself.

CREDITS: The Featured Image is by Pierre-Selim Huard, and is used here in accord with the Creative Commons 4.0 International Attributions license.