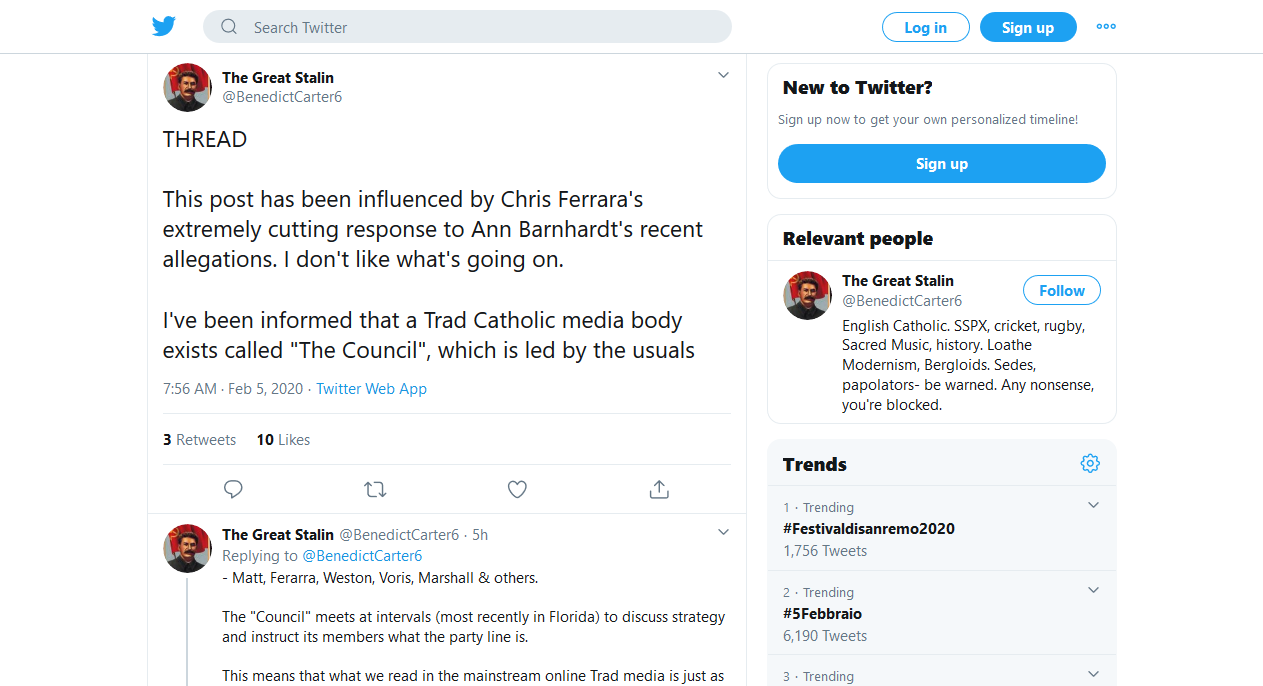 The news is explosive. The coalition of monetized Catholic media and news outlets which self declare themselves as Traditional, but fully support the canonical claim of Jorge Mario Bergoglio as the pope, has been exposed as being run by a Collectivist institution which controls the narrative each is allowed to publish.

The revelations were made to Benedict Carter, who goes by the nik on Twiter, as the Great Stalin, and were published on his Twitter Account, moments ago:

Many Catholics, including myself, have been shocked, surprised and increasingly dismayed by the near total silence and absolute agreement of the formerly reputable Catholic news outlets, since Feb. 11, 2013. There has been much speculation that they had some sort of Narrative Control Agreement, or were being directed from the Vatican or by some Cardinal to toe a line and not report anything which questioned the legitimacy of the revolution which swept Pope Benedict XVI from power in 2013.

These allegations reported by Carter seem to confirm much of the suspicion against Trad Inc… FromRome.Info urges all Catholics who know anything about this Council and its meetings to blow a whistle on this group.

POSTSCRIPT: FromRome.Info had identified Benedict Carter as such from our sources which say he used to publicly identify by that name. This does not mean that Benedict Carer is his real name, however. But he has a reputation for being an honest Catholic in good standing, in the Catholic Twitterverse. His nick was chosen so he can troll Bergoglians.

CREDITS: The Featured Image is a screen shot of Benedict Carter’s Twitter feed, and is used in accord with fair use standards for editorial commentary.

9 thoughts on “Benedict Carter: I’ve been told that Trad Inc. is controlled by a ruling Council”