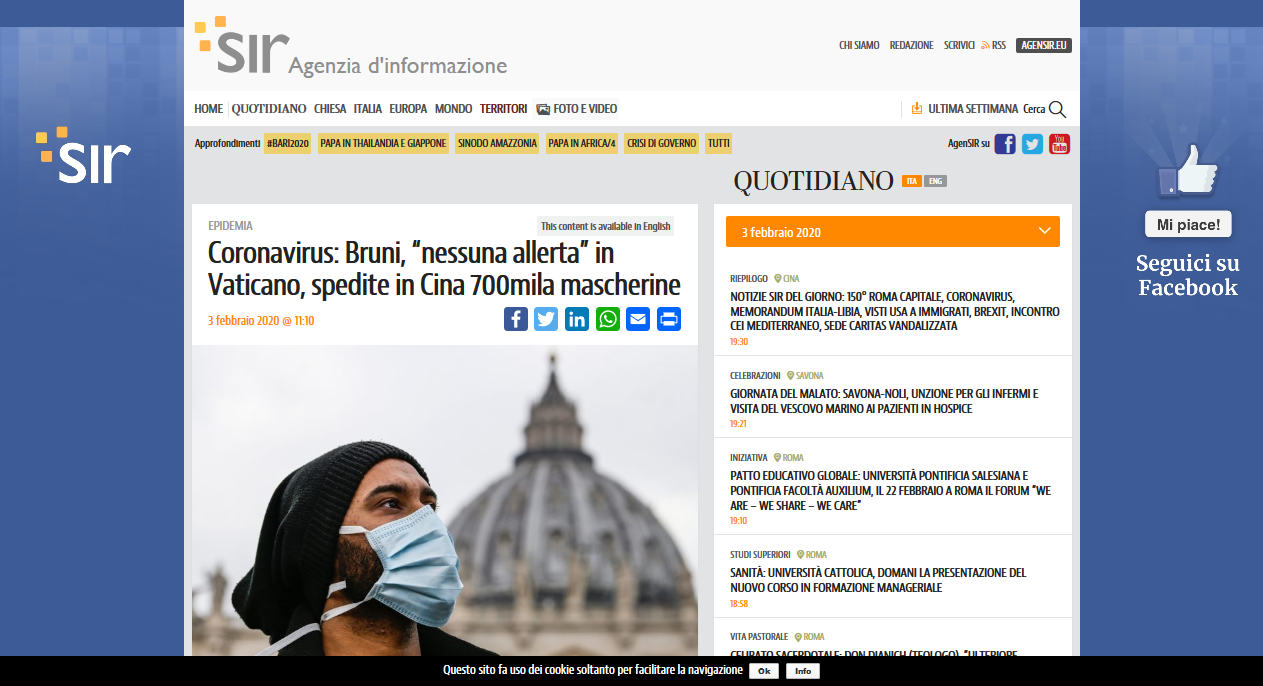 ROME — Feb. 5, 2020:  According to Father Vincenzo Han Duo, Vice Director of the Pontifical University Urbaniana, the Vatican has exported to China more than 600 thousand medical masks to help obstruct the spread of the Corona Virus.

His statements were reported by SIR in Italian, here.

This news is the first public confirmation that the Vatican has entered into close economic and political ties with the Communist Dictatorship of Peking. As an independent sovereign State, the Vatican can effectively bypass all international regulations for imports to the Chinese Dictatorship.

CREDITS: The Featured Image is of a screenshot of the SIR news page announcing the facts reported, and is used according to fair use standards as an unpaid un-sollicited advertisment of their work.

4 thoughts on “Vatican has become an importer for China”