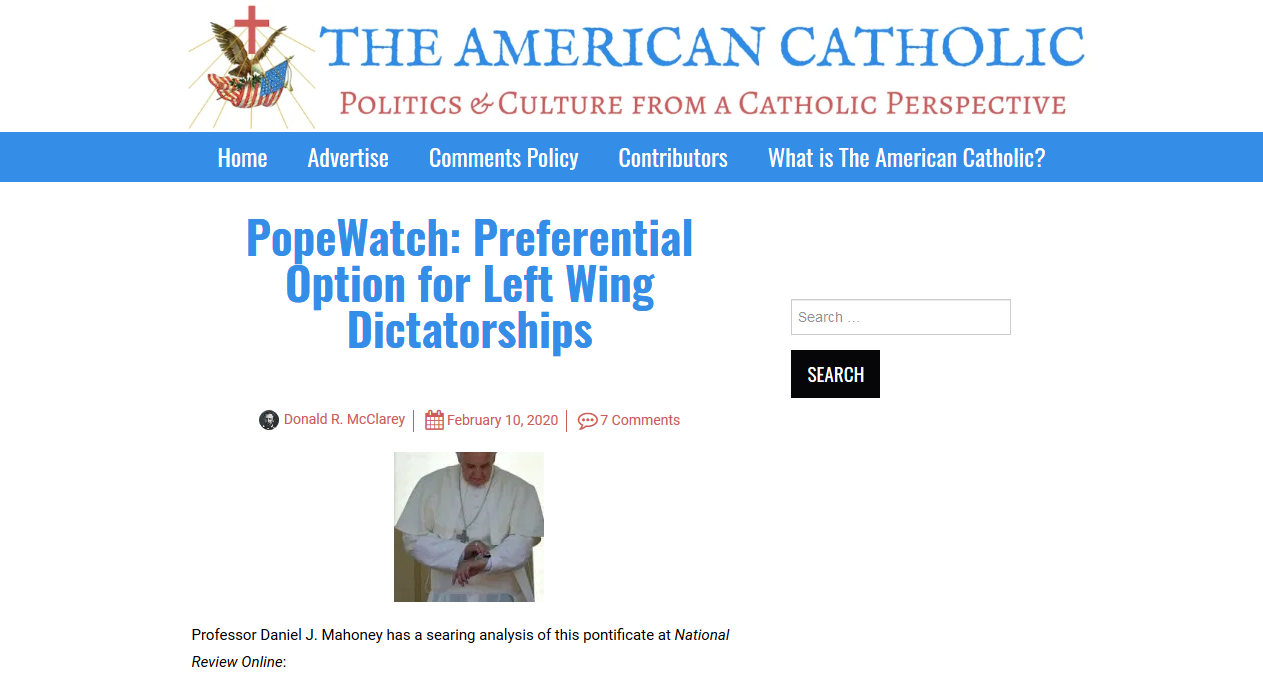 Here is an excerpt:

A preference for left-wing dictatorships is not simply evidence of change in a change-obsessed papacy but a sign of foul moral corruption, part Machiavellian and part ideological, in the upper echelons of the Church. This moment calls for fidelity to enduring moral and theological truths, faithful adherence to the magisterium understood as the full weight of Catholic wisdom, and a firm rejection of the historicized and politically correct substitution for the magisterium that is evident in some curial circles. And we must stand up fearlessly for our coreligionists who continue to suffer under Islamist and Communist violence and tyranny. Let us uphold true Catholicism and not a mawkish substitute that owes more to the religion of humanity than to the faith of the martyrs.

While he still thinks there his hope for Bergoglio, and that he is the Pope, nevertheless, praise is due to Mr. McClarey for getting the right perspective on the problem, from on mountain top of the true Faith.

The solution, however, is not putting hope in a usurper, criminal, heretic and promoter of perverts and frauds, but in calling a general Council of the Church to clean out the Vatican and restore Pope Benedict. A thing, which the bishops have the right to do, with an impeded See and an imprisoned pope, who either did not resign validly to protect the office or who is confused about how to resign.

CREDITS: The Featured Image is a screenshot of the page cited in the article above, used here in accord with fair use standards for editorial commentary.

One thought on “A Call for Common Sense”