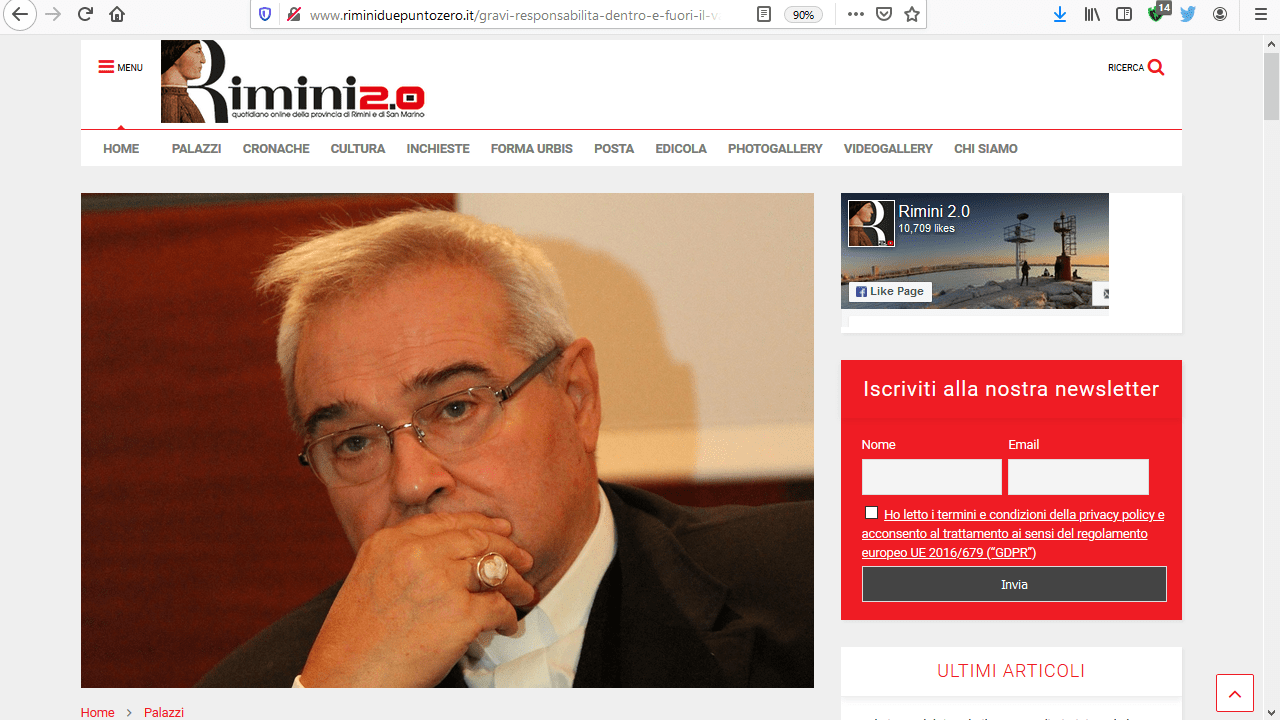 On thing that is not well reported in the English speaking world is that the doubts about the validity of Pope Benedict’s resignation did not emanate from conspiracy theorists working in their mothers’ basements, but were pronounced publicly by some of the highest members of the Catholic Hierarchy.

Having just republished our report on Archbishop Lenga, in which he expresses the same doubts — doubts which I did not take seriously in 2015 because I assumed the men in the Vatican could not be psychopathic liars — I want to feature here in English some of the things said by Archbishopi Negi, of Ferrara, Italy — now retired — on Benedict’s act of Feb. 11, 2013, from what has been reported in the Italian Press.

I also do this to let the Vatican Secretary of State know, that if you are going to ruff up Br. Bugnolo in the Piazza San Pietro, thinking you are going to discourage him, that he wants you to know that you have succeeded only in making him more of lion who will ever be on your heels.

His stunning comments were published in Rimini 2.0, an online Italian News Journal, on March 6, 2017, nearly 3 years ago.

In that interview, after being asked about his close friendship with Pope Benedict, the Franco Fregni asks him this question — which I here present first in the original Italian and then in my own English translation:

In view of this friendship, have you formed an opinion on why Benedict renounced the papacy, a clamorous gesture in the millennial history of the Church?

Yes, it certainly was an unheard of gesture. In my last meetings with him, I saw him physically enfeebled, but most lucid in his thoughts.  I have little knowledge — thankfully — of the inner workings of the Roman Curia, but I am certain that one day grave faults will emerge both inside and outside the Vatican.  Benedict XVI suffered enormous pressures. It is not by chance that in America, even on the basis of what was published in Wikileaks, some groups of Catholics asked President Trump to open a commission of inquest to investigate if Barrack Obama’s administration exercised pressure on Benedict.  For now, it remains a most grave mystery, but I am certain that those responsible will be exposed.  My own “end of the world” is approaching and the first question that I will ask of Saint Peter will be precisely on this affair.

To refute the testimony of the Archbishop, La Stampa, one of the major Marxist newspapers of Italy, quoted words attributed to Pope Benedict by the German Journalist, Peter Seewald, which make Benedict appear to be someone who was never manipulated by anyone and who was always in perfect control of the Curia prior to Feb. 2013. — Words which now have been discredited by multiple sources, including by Archbishop Viganò. But one phrase of Seewald’s words, attributed to Benedict does not settle so well on the side of those who claimed he resigned:

My English translation, according to the context of the whole passage:

If anyone had tried to (force me to resign), I would NOT have gone, because there is no need to leave, when one is under pressure.

Pope Benedict is a brilliant man. He knows how to spill the beans while convincing his enemies he is not doing anything of the kind.

Just like when, on Feb. 14, 2013, when speaking to the Clergy of the Diocese of Rome, he gave them the principles to see his renunciation was invalid, while appearing to praise Vatican II for an hour, for no purpose.

I won’t point out here, that by resigning ministry, and not munus, as Canon 332 §2 requires for a valid papal resignation, Benedict did in fact remain, against all apparent pressures. QED.

CREDITS: The Featured Image is a screen shot of the report from Rimini 2.0, used here in accord with fair use standards for editorial commentary.

5 thoughts on “Archbishop Negri: Obama was behind the forced resignation of Pope Benedict”