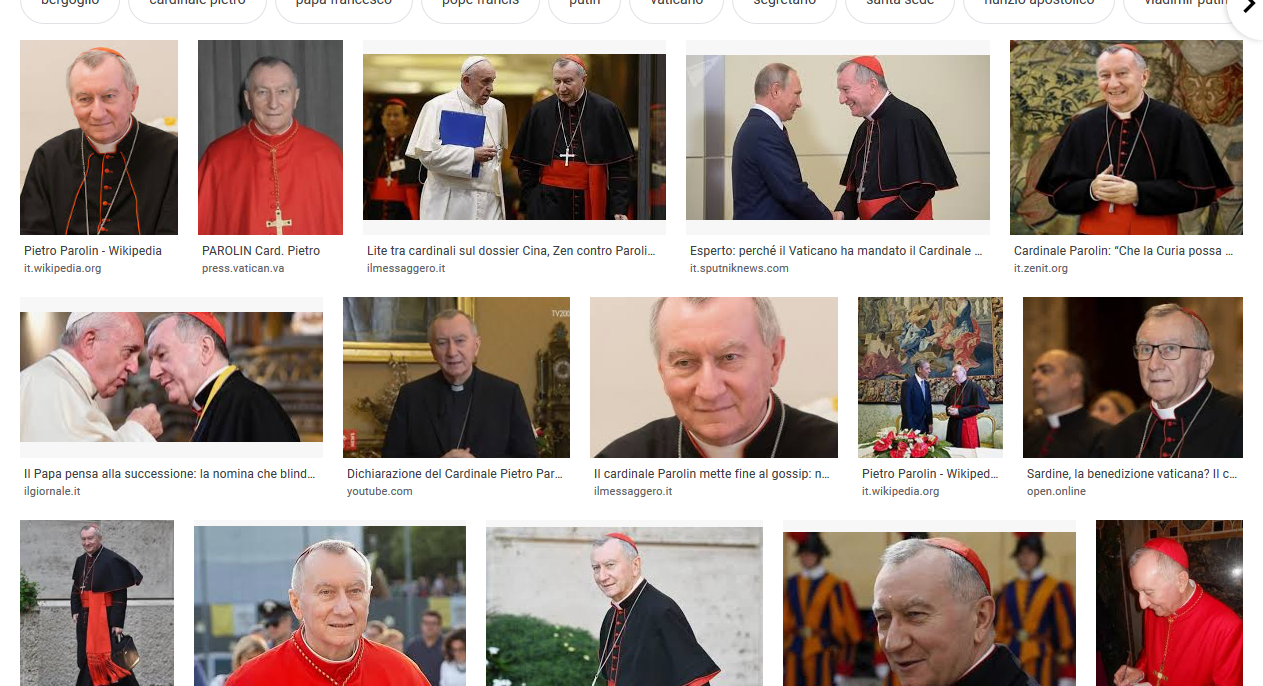 I know you must be frustrated and I can understand your position. Under Pope Benedict XVI you were the Papal Nuncio to Venezuela, a really troublesome appointment.

But under Bergoglio you are Secretary of State and a Cardinal. Or so you thought.

Now that your office has read most of my website, FromRome.Info, you know well that Benedict never resigned the papacy, and that means you are not a Cardinal nor the Secretary of State. So I can understand your disappointment.

Moreover, having consecrated at least 24 Bishops without a pontifical mandate, you have merited excommunication latae sententiae maybe 24 times, that is, on each occasion after you knew Pope Benedict’s Declaratio did not effect his separation from the Papal Office.

And since you are a graduate of the Pontifical Ecclesiastical Academy I know you know your canon law, which is a real bummer, because you cannot plead ignorance of what you have done.

But, be assured that I have sympathy for you and want to accompany you in your pain. I feel for you. You did not participate in the Conclave of 2013, so its not canonically your fault that Bergoglio is a usurper and will go down in history as an Antipope. And I can understand fully your internal conflict that your name will go down in history as the faux Secretary of State of an Antipope.

But there is a way to fix this. And it is not by having your sostituto tell the police in the Piazza di San Pietro to attempt to charge me with everything in the book. That looks bad. And a reporter from the Associated Press saw it all. So did the AP camera crew. It even looks worse when the police who took me away did not know the definition of a Catholic priest or what clothing is worn by priests, or even that only priests represent the Church not Franciscan brothers or hermits.

But I can let you in to a big secret. The way around all your problems is being honest with Jesus Christ and with yourself. Just admit that all those around you made a mistake and in good faith you assumed your current duties. You are just as much a victim as the rest of us, who were deceived by a Tweet put out by Giovanni Chirri at 11:58 A.M. seven years and one day ago. And, besides, it is easy to blame everyone else, the doing of which in your case would — ironically — actually be a virtue!

So the way to recover the damage to your reputation is to work with Catholics like myself who want the juridical problem solved. If you want some suggestions, just drop me your contact information in a comment box, and we can meet somewhere in Italian territory.

Don’t be put off because I won’t enter Vatican Territory until I have a letter from you granting me permission. I just got a very bad impression that the Vatican is not concerned about their human rights record or their relations with citizen journalists by something that happened me yesterday, when I came to the Piazza to share my sorrow at Pope Benedict XVI being so badly treated by the Cardinals for 7 years.

So be assured of my prayers: you may not realize it yet, but I am your best friend in all of Rome.

CREDITS: The Featured Image is a collage of images of Cardinal Parolin from Google Image Search, used here in accord with fair use standards for editorial commentary.