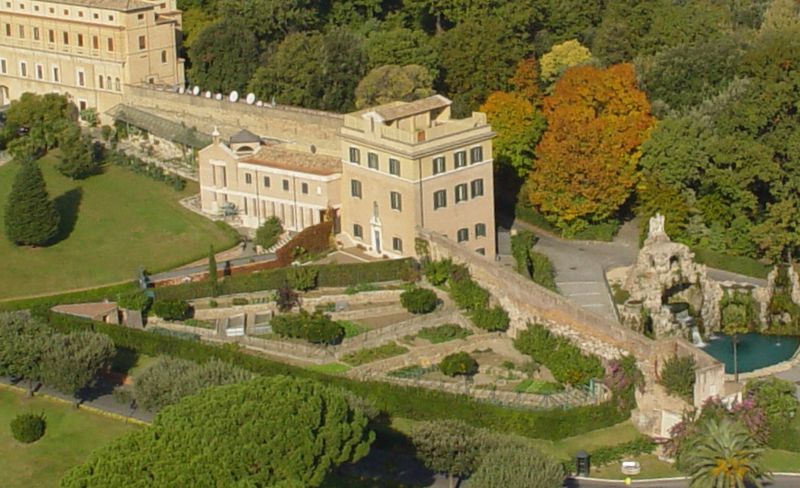 One of the most popular reports here at FromRome.Info, was the article I wrote last summer, entitle, The Imprisonment of Pope Benedict XVI. I followed that report up with another, entitled, Not only is Pope Benedict a prisoner, but his guards have been carefully selected.

However, due to the recent revelations by Sandro Magister, which I reported this morning, a very cogent question has been posed to me, by a faithful reader, “Does this mean that Pope Benedict XVI is neither drugged nor a prisoner?”

This question merits to be answered. And I think all true Vaticanista should give an answer. I will try to give one, by assembling the evidence — what Christ Ferrara calls the verboten “data set” , which can neither be gathered, nor studied, and from which no conclusions can be drawn if they disagree with the declared, acceptable narrative of who knows who? Unlike Attorney Ferrara, I believe what the Church has always taught about God and the creation of man, that He endowed us with an intellect and senses so that we might gather information, study it and draw conclusions from it, no matter who the truth might offend, and especially in the case of victims of abuse or wrongful detention. A thing which justice would demand of me, even if I were not an advocate of innocent victims, which I am certainly and ardently.

I say, it does not seem that Pope Benedict XVI is presently being drugged, but there are still weighty reasons to conclude that he is a prisoner

I do agree with Frank Walker, editor of Canon212.com, that in the Bavarian State TV documentary: what was shown of Pope Benedict gave the impression that he was being drugged. But the report by Magister, if true, would mean that when he made those calls and had those conversations with Cardinal Sarah he was not drugged. Two different circumstances and thus it is possible that there is no contradiction, because drugs wear off, and if Benedict detected he was being drugged he may have started to pretend to take them.

But, nevertheless, you can be imprisoned several ways, if you are not being drugged.

There are 5 Ways of being a prisoner

We know that Benedict is not allowed outside the Vatican without the verbal permission of Bergoglio. That is the last kind. It has been mentioned in several reports, and even in the Bavarian State TV documentary, Benedict laments that he cannot return to his beloved homeland, though he wants to.

Gänswein seems to have been deceiving him for some time, that is the first kind. Archbishop Viganò refers to that in his testimony, which FromRome.Info published in English, here.

The wound to his head, which seems inexplicable for a fall, is third kind, perhaps. It seems that he fell on his head but injured nothing else. — This gives one the impression that he was punched into submission to obtain something.

The actual fencing and Swiss Guard around the Mater Ecclesiae Monastery is the fourth kind. No one can see the Pope without permission of Parolin, as has been widely reported.

And as for the second kind that is probably why he read the Declaratio on February 11, 2013. Indeed, I think it is not unreasonable, considering all the control and the evidence of pressure against Pope Benedict XVI during the years prior to 2013, to consider whether he was intentionally deprived of sufficient nutriment or given substances which caused a rapid decline in his health in the fall and winter of 2012-2013.  Also, was he given medical advice from individuals who were told to play on his fears of losing his health or of his imminent death. This has to be considered, because he is still alive 7 years later, so why, if the statements attributed to him in the Declaratio, about not having the health to go on exercising the ministry, are his own, then did he think then — what obviously, from medical evidence now, is shown to be false — that he did not have the physical abilities to go on? — Such a ruse would have been the perfect deception.

So I think the reasons for saying that Pope Benedict is a prisoner are very probative, and to say he is the prisoner in the Vatican foretold by Our Lady of Good Success is not a metaphor nor an exaggeration. Those who insist on denying it simply want the deception to continue.

If Cardinal Parolin wants to deny this, let me grant me a visit to Pope Benedict XVI, wherein I can interview him for 30 minutes, asking him any question I like, while doctors of my choice examine the Holy Father for signs of abuse and improper medication.

CREDITS: The Featured Image of the Pope’s Residence, the Monastery of Mater Ecclesiae at the heart of the Vatican Gardens — the tiny building at the end of the longer structure — is used here in accord with the Creative Commons Share-Alike 3.0 License as described here.

6 thoughts on “Is Pope Benedict a prisoner of the Vatican?”