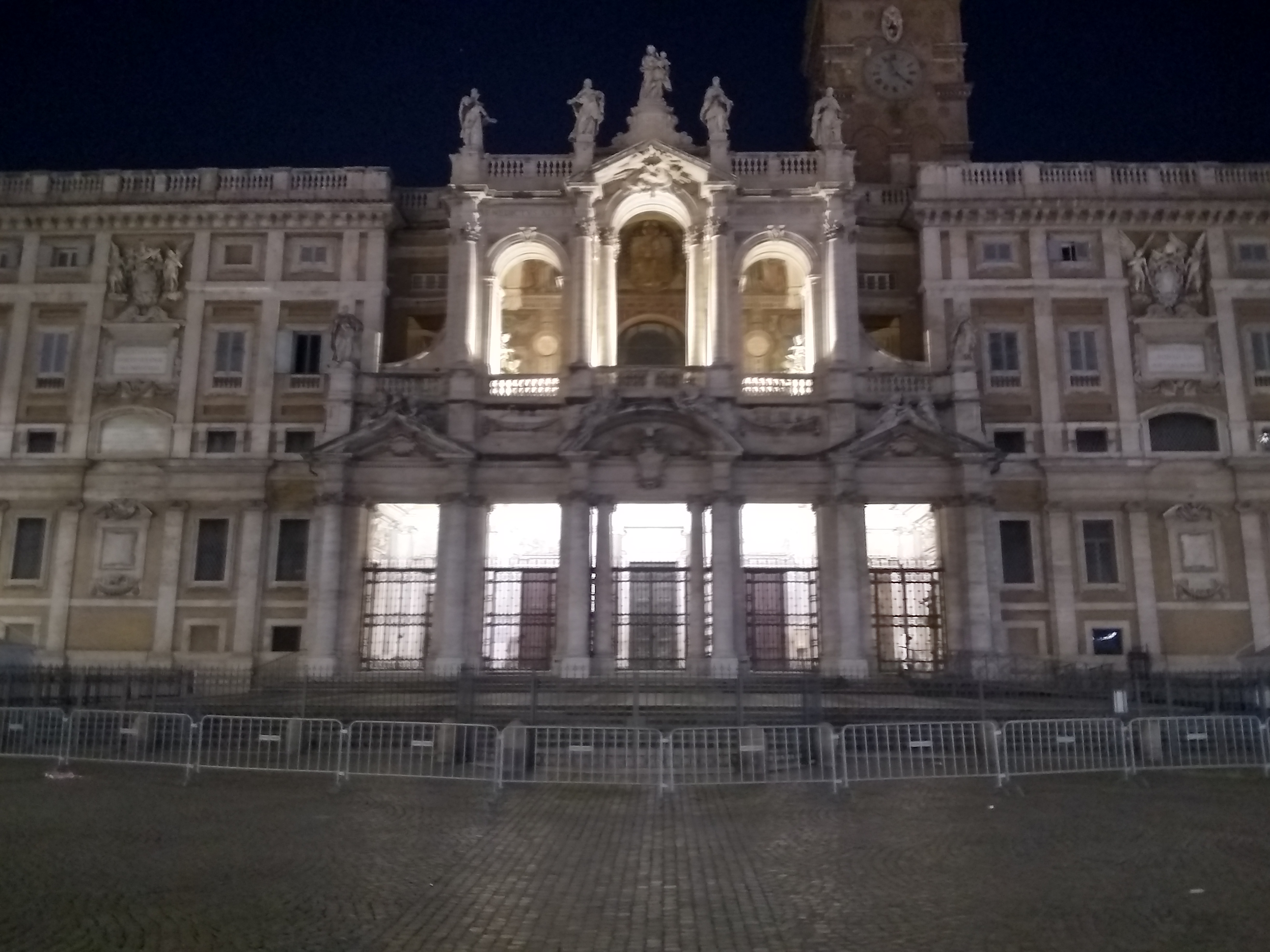 I had the distinct honor to meet another faithful Roman Catholic, tonight, who had been in the Piazza S. Pietro, Tuesday morning, for the event known as Grex Vocum reported previously here, here and here.

His name is Emiliano, and he is a real Roman Catholic, being a Catholic who lives and resides at Rome. He joined me for the 40 Days of Prayer Against the Church of Darkness in front of the Basilica of Santa Maria Maggiore, at Midnight.

Here is my interview with Emiliano, which would have run longer, except the cellphone I use ran out of memory.  Emiliano is quite fluent in English, and out of kindness to the readers of FromRome.Info, he agreed to do the interview in English:

Emiliano’s testimony is twofold: First I ask him about what happened to him in the Piazza S. Pietro, and then I interview him, as I intended to interview all who attended the Grex Vocum event on Tuesday. For that reason, I call this video, the Grex Vocum — Second Interview.

Emiliano’s testimony utterly shatters the myth of Steve Skojec about universal acceptance. Present with me and Emiliano tonight for the Novena was another Roman Catholic — who asked not to be identified or filmed — who said that he was standing in the Piazza S. Pietro on March 13, 2013, when Bergoglio was announced as the new pontiff. And recognized he was a false pope from the very moment he said, Good evening! to the crowds, breaking with the solemn tradition of the papal blessing.

The Holy Ghost reveals to His own, who are NOT His own.

FromRome.Info is the only news source for the real news at Rome. We are not controlled opposition, we are the opposition in control!