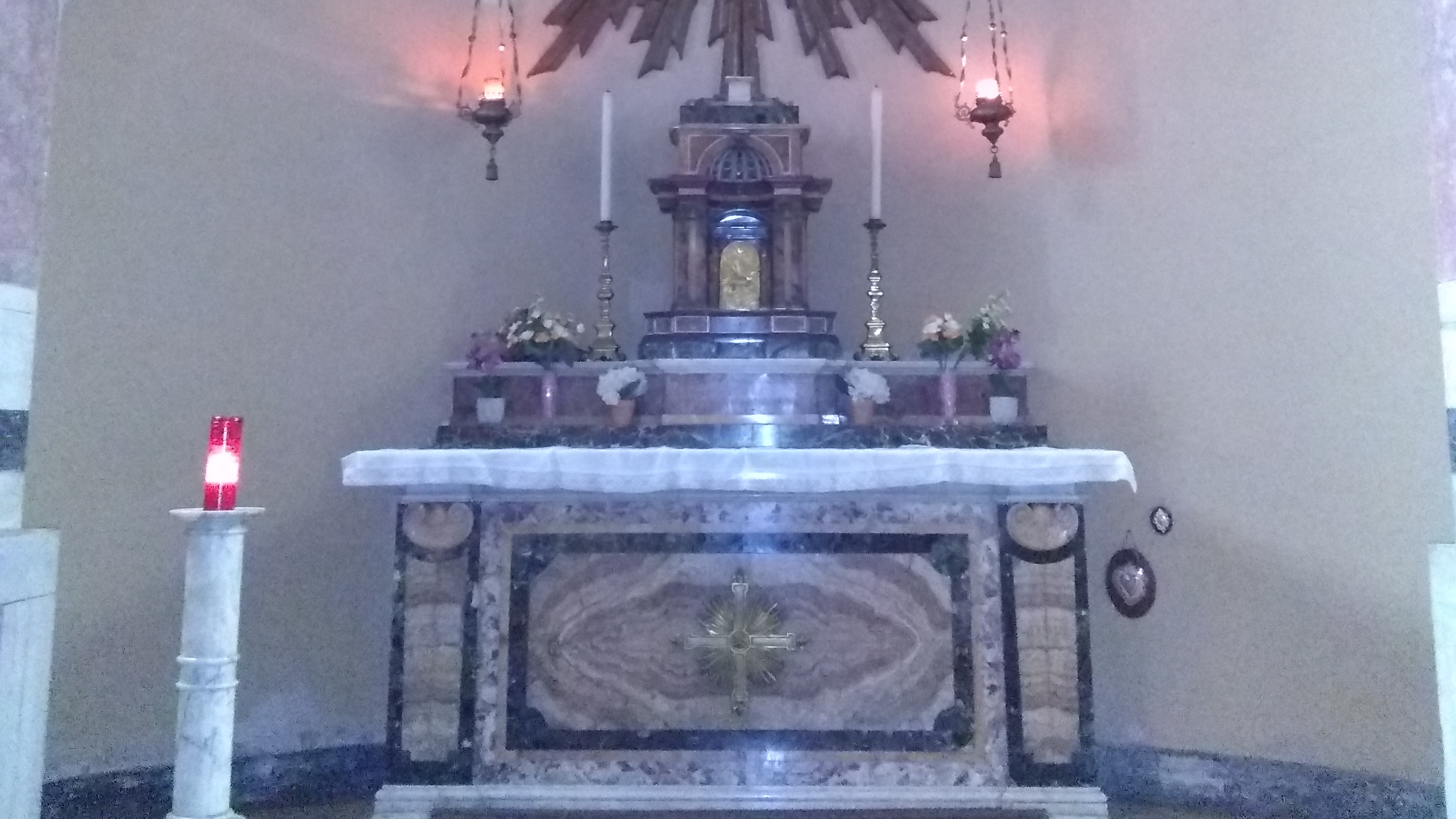 Alas we live in an age of disbelief, of denial, of every sort of ideology invented to pretend that disbelief and denial are not godless excuses against the Lord and Creator. How right Our Lord was when He pronounced the parable of the Owner of the Vineyard who after many attempts to obtain due reverence and respect from his tenant vine-dressers, send his only son thinking that would convince them.

Our Lord and Creator has entrusted to us a beautiful and fruitful vineyard in His Creation, in this planet, Earth, in the human nature with which each of us is wonderfully made and gifted into existence. In gratitude we are obliged to render back to Him His due.

The First and Greatest Commandment is the adoration of God with the entirety of the being which He gave us: in truth, in love, in faith, in hope, in service which above all begins with worship.

The Adoration of the Eternal Word

There are three Divine Persons in the Most Holy Trinity, and the middle one, Who became Man for our salvation is called rightly by Saint John the Apostle: the Word of God. Of Himself, He said: I am the Way, the Truth and the Life.

If we believe, then, in Jesus Christ — not just with our lips or our public actions — but in our minds and hearts, we must therefore adore the Eternal Word. Not just as Incarnate, but as coming forth from the Mouth of God from all eternity and containing in Himself all Truth, all Wisdom, all Light, all Knowledge: saving Truth, redeeming Wisdom, clarifying Light and illuminating Knowledge.

It follows then, since by Faith we know that all that is good in this world is a reflection, distant though it may be, of the goodness of God, that every word by which truth can be signified is a reflection or distant similitude to the Word of God.

This, more than anything else, is the great reason behind the Catholic Religion’s fidelity to words, to writings, to documents: to their preservation, to their faithful translation, to their assiduous study and to their printing and publication.

All this is the consequence of the adoration of the Eternal Word which lies at the center of the Catholic Faith: in the hearts of every Catholic, in every liturgy of the Church, and in the Most Blessed Sacrament of the Altar: Jesus Christ present really, truly and substantially: a Presence proclaimed and defended throughout the ages with words.

Words are the touchstones of fidelity

If there is one constant in all of Catholic history it is this: every Saint, Doctor or Father of the Church and every Catholic hero has been faithful to words: to their meaning, to their intent, to their purpose. They all have been men and women of their word. They all have been men and women who believed the words of those who came before them, whether as Apostles or Evangelists, Fathers of the Church, Popes speaking as popes.

This is why, if we want to know the truth, we have the simple and quick solution: believe the words the Church gives us, hold fast to them, perceive their meaning and put that into practice, make it the rule of your life and the itinerary of your journey. Trust in them and never look back.

Every temptation is against the Word

Contrariwise, every temptation which can be brought, has been brought or will ever be brought against the Will of God for any creature will be manifest in an attack on words, on their meaning and signification, on their intent or purpose. When you see this in action you can be certain that the spirit behind the speaker, the voice in his throat and hand in his mind is from the netherworld: the world where there is no meaning, no light, no wisdom, no knowledge of the good and above all no truth, or similitudes of It.

This can be clearly seen in the controversy over the Declaration made by Pope Benedict XVI. It all turns upon words, with one party saying they do not mean what they say, and the other party saying they mean exactly what they say. One party wants them to mean more than what they say, because they already have — here I use a metaphor — their hand in the cookie-jar, and they do not want to stop shoving the cookies in their mouth. Their mindset is of the juvenile who never grew up, of the egomaniac who sees no meaning but in what returns to himself, of the sociopath who denies any moral law which has authority to govern his passions, and of the psychopath who denies there is anything to defend what is right or wrong.

This other party has nothing to gain by their position, because not only are they universally reviled for it, but they never intended to get anything personal out of it. That is why they do not see the controversy as a personal fight. They have nothing personal to defend in it.

I have written this short reflection to help those who are confused by the liars and tricksters and those with personal skin in the game, as they say: the ones who want you to pay them to tell you to shut up, stop thinking, buckle under, go along with apostasy, because they who deny and attack words, know what is best for you!

For us who are Catholics, we know that we shall be judged on every idle word we say, because God the Word considers words important. That is why He founded His Church upon words and through words transmits salvation to all who receive them, faithfully and humbly.

WHY IS BENEDICT XVI STILL THE POPE?

If it happen that the Roman Pontiff renounce his munus, for validity there is required that the renunciation be made freely and manifested duly, but not that it be accepted by anyone whomsoever.

… I declare, that I renounce the ministerium entrusted to me through the hands of the Cardinals..

CREDITS:  The Featured Image is of the Tabernacle in the Basilica of Saints Boniface and Alexis at Rome, on the Aventine. Photo by Br. Bugnolo.