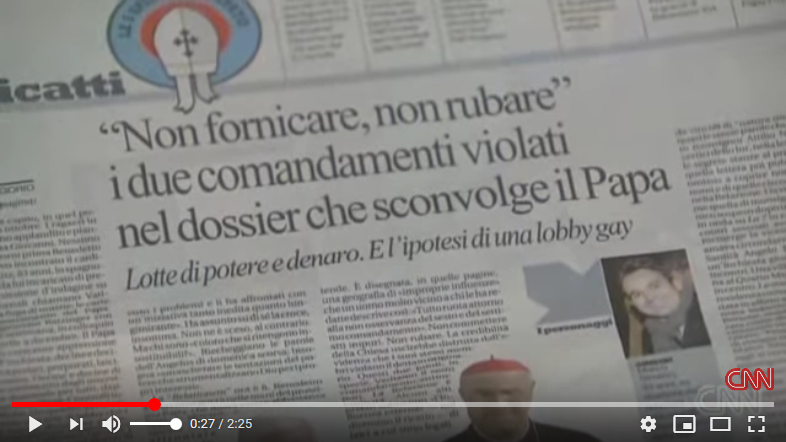 A lot of historical facts have been erased or forgotten or altered, to keep the narrative going that Bergoglo is the Pope. But some of them still remain. Here is a video report from CNN, dated seven years ago, Feb. 25, 2013, which says that Benedict despaired at all the corruption in the Vatican and that this was a prime motive for his act of Feb. 11, 2013.

Seven years later, the swift denials of the Vatican back then are seen for what they are. But the then unnoticed, and now noticeable, detail among them is that the Vatican spokesman characterized them as attempts to discredit the future pope.

Why would that be?

Unless of course the menace of the corruption had something to do with the invalidity of the Renunciation? And that Jorge Mario Bergoglio was involved somehow in both.

For more on this, see the articles on How Benedict has defeated “Francis”, Benedict’s End Game is to defend the Church from Freemasonry, and The Imprisonment of Pope Benedict XVI.

CREDITS: The Featured Image is a screen shot of the Video embedded in this article, both of which are used in accord with fair use standards for editorial commentary.

One thought on “CNN in 2013: Italian press says Benedict’s act was one of desperation”