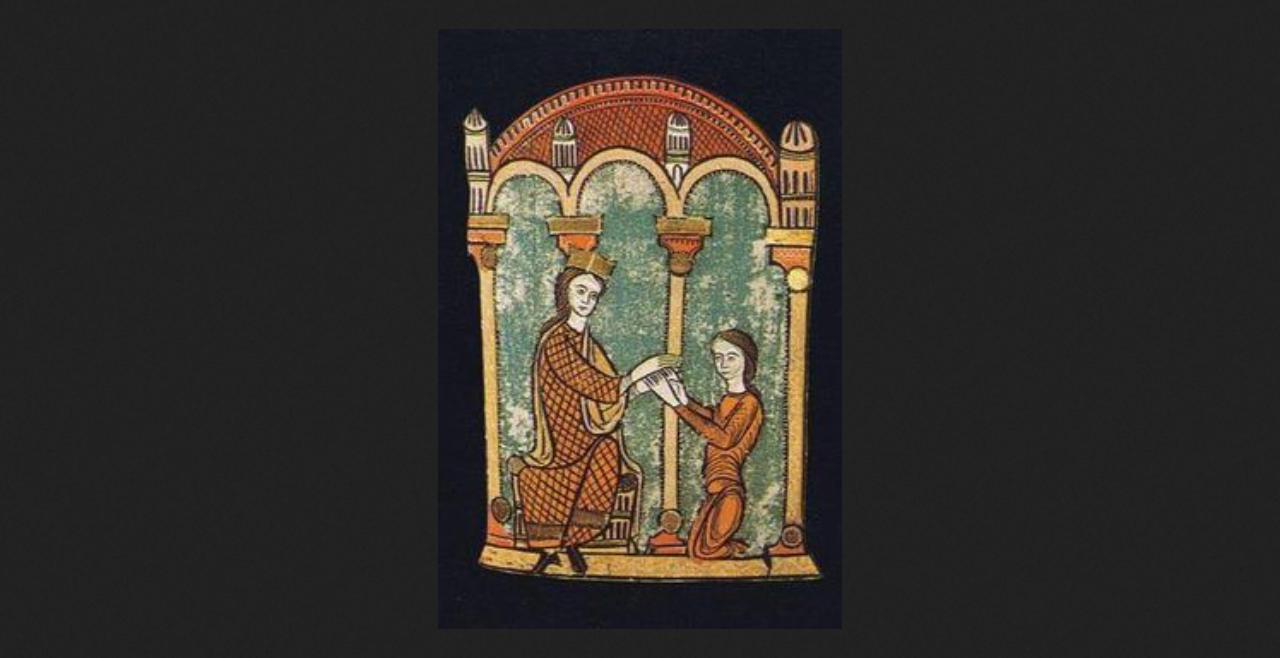 When the world was Catholic and sane, there were no democracies, only monarchies and a few mercantile republics, where only the landed or established could vote. Power was decentralized, and a monarch was not an absolutionist, he had to hearken to the most powerful noble families of his realm and rule out of consensus.

Each noble family held a series of titles which comprises their power base and property. Though estates were owned individually and could be scattered, on account inheritance throughout the realm and beyond.

But the nobles were few, and they could only make their land produce and protect them by entrusting them under contract to local strongmen, noblemen, or ecclesiastical institutions.

This process of entrustment by contract was known as enfeoffment. On a certain day, the one with the temporal jurisdiction over the property, or fief, would hold court and the one who was to receive care of it, or his representative, presented himself. Then placing his hands, palm against palm, within the hands of the lord, he pledged him fealty and service, loyalty and collaboration. The Lord in turn conceded control and all temporal jurisdiction to him by way of a habitual delegation, which lasted until death and in many cases was renewed from generation to generation. Being that many noble families died out, those receiving these lands, or fiefs often became in turn their rightful owners.

The Catholic Church, however, is not a feudal society. Our obedience can never be parceled out to other superiors. Our obedience is owned wholly and entirely, totally and continually, perfectly and fully, supremely and utmostly by God alone, in the Person of the Eternal Son, Jesus Christ.

There is thus never a question of betraying a lower superior, such as the pope, the bishop or the local pastor, or religious superior (if you happen to be a monk, nun, etc.). There is never a question because you do not in the absolute sense owe them obedience. You owe them relative obedience, that is, inasmuch as they hold an office from God, confirmed by the Church and rule in accord with the will of God, Canon Law, the Faith, and the common good.

Evil men in the Church do not, however, conceive power and authority in this fashion. They believe that if they have the claim to the office you must obey them more than God Himself. Bergoglio is the perfect example of this kind of tyrant. Bishops and clergy who obey him show that they do not hold the correct notion of obedience either.

This is why they cannot even open the Code of Canon Law and read canon 332 §2 and even begin to see the problem with the Declaratio of Pope Benedict XVI on Feb. 11, 2013.

We must obey God, not men! — Said Saint Peter the Apostle to the High Priests of the Temple shortly after Pentecost. These words have been cited by many sacred authors for millenia. But they are also prophetic for our own day and show us the way which is truly progressive and forward, to God and in the truth.

However, contrary to most moderns, these words do not men that you have a right to private judgement, rather, they mean that we are always obliged to obey God as Christ taught us to and never are obliged to put the claim to obedience from any authority, even one constituted by God, in way of that.

So the next time one of your legitimate superiors in the Church demands you ignore Christ Jesus as your superior and cede to him some kind of feudal obedience, remind him that in Christ’s Kingdom there is no such thing as enfeoffment.

10 thoughts on “In the Catholic Church, there is no enfoeffment of obedience”