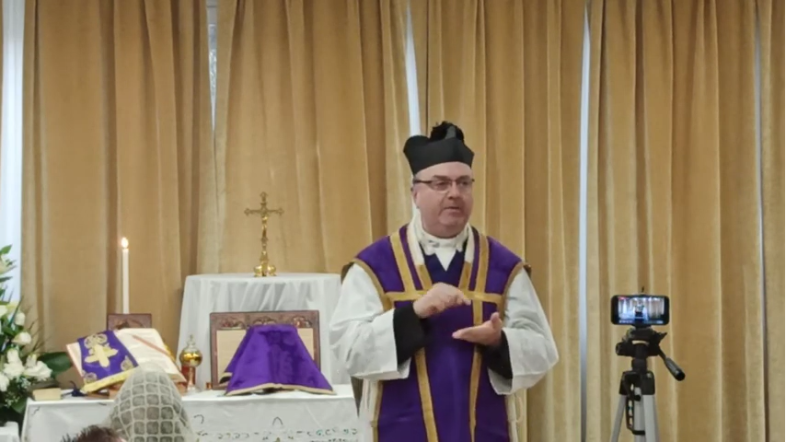 The readings are read in Latin and Italian, and Father Preaches in Italian.

The Mass was offered in the Sala Glauca, at the Hotel Pineta Palace, Rome, Italy, yesterday.

This Video was made possible by a generous donation of a Reader of FromRome.Info which enabled the purchase of a cellphone with the memory capable to record an hour long video. As soon as FromRome.Info Video gets 1000 subscribers, Br. Bugnolo will be able to transmit such Masses at Rome, live to all the world. There are currently 540 subscribers. The link to subscribe and views the Video content of FromRome.Info is found at: