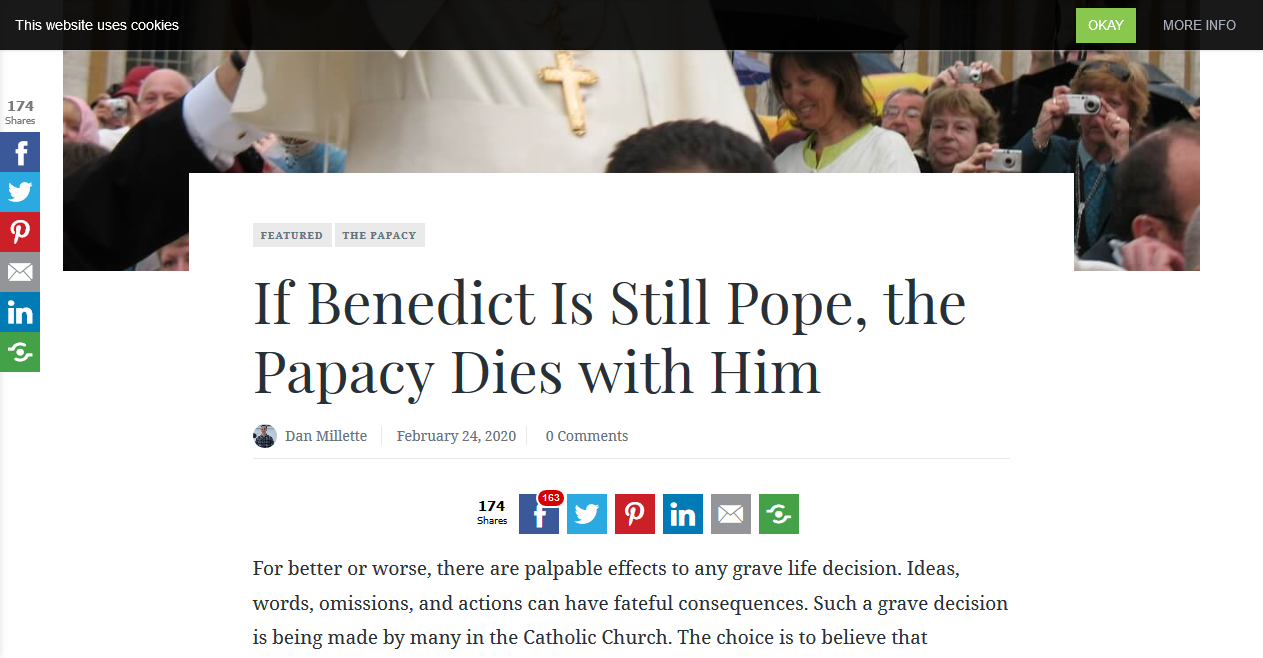 The latest blasphemy was published over at One Peter Five, written by Dan Millette and published by Steve Skojec, in an article entitled: If Benedict is Still Pope, the Papacy dies with him.

Can you think of a more diabolic title for an article on website which takes as its name a passage from Saint Peter the Apostle?

Over at One Peter Five they have abandoned the Catholic Faith on the origin of the Papal Office and the Nature of God, Who upholds with His Providence all His works.

The entire article by Millette exudes the presumption, that there is NO Divine providence, there is only the work and power of men who side with Bergoglio!

Millette is so certain of his heresy, that he prophesies the future. He seems to want that:

In other words, Millette would want us to give up all hope that there is a God and that the Catholic Church is founded by the Omnipotent God.

Millette is an Apostle of Despair.

To Millette, I have only one question:  When did you join the Masonic Lodge?

CREDITS: The Featured Image is a screen shot of the Article cited in this Editorial and used here in accord with fair use standards for such commentary.

5 thoughts on “How Bergoglians blaspheme”