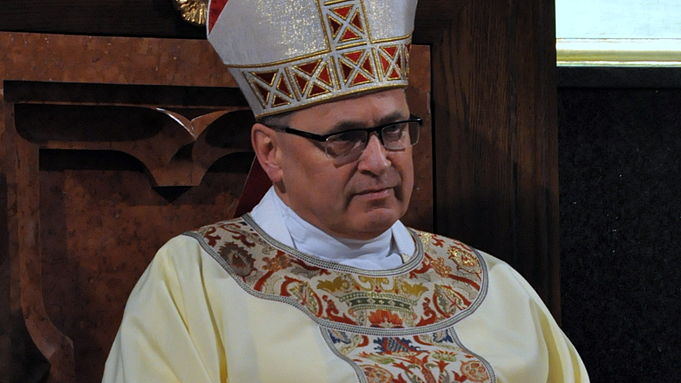 Bishop Wieslaw Mering of Wloclawek is the bishop who recently imposed a ban on Archbishop Lenga, ordering him not to make public appearances in his diocese of Wlockaweck.

The action has all the appearances of a Soviet style isolation operation. And it is clearly coming from the Vatican.

But it may be more Soviet than just appearances, according to many Poles who are knowledgeable about the collaboration of high members of the Catholic Clergy with the State Intelligence apparatus of the former Polish Communist State.

According to the publicly revealed and studied archives of the former Marxist government, the name of Bishop Wieslaw Mering of Wloclawek figures prominently.

Which in Deepl translate reads:

# Bishop Wieslaw Mering, Bishop of Wloclawek, bishop of Wloclawek – unmasked by Father prelate Henryk Jankowski (a.k.a. Libella, and later the Delegate) as one of the agents of the Security Service who once imprisoned him, and according to the files of the Institute of National Remembrance (IPN) who also cooperated with intelligence during his stay in France;

Mons. Mering was named a Bishop in 2003, by Pope John Paul II. Archbishop Lenga served heroically in the USSR as a clandestine priest, opposing the Communist repression of the Catholic Church.

10 thoughts on “Bishop, who banned Lenga, is himself an ex-Commie Agent”