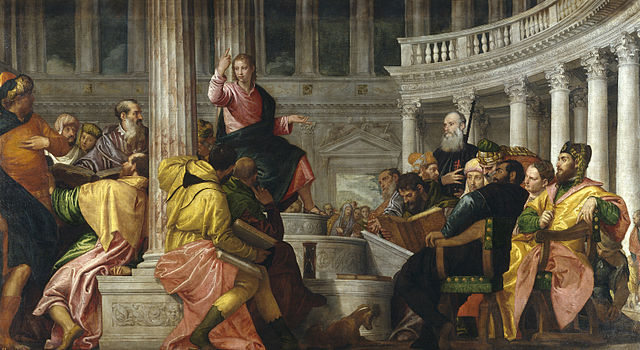 A man who is led by the spirit of truth seeks the truth and investigates facts and laws to find the truth, as is necessary. He trusts but seeks confirmation and verification.

A man who is led by the spirit of falsehood seeks his own will and ignores truth and facts and laws so that he can sustain his own will, as necessary. He mistrusts and does not seek but to undermine and vilify all who disagree with himself.

A man who is led by the spirit of the truth, even if he has read all of Scripture, and all of the Fathers and Doctors of the Church, he never puts himself forward as an authority, because he knows that God, Who is Truth, is the only authority, and that authority comes to us through the offices God Incarnate has handed down to men.

A man who is led by the spirit of falsehood, even if he has not read all of Scripture, nor any of the Fathers or Doctors of the Church, always puts himself forward as an authority, because he recognizes no god, as his Truth, but himself, and thus is willing to challenge or deny the authority of all who received offices from God Incarnate.

A man who is led by the spirit of truth, assents immediately to the teaching of God in Scripture, of Christ, of the Apostles, of the Fathers and Doctors of the Church, of the perennial magisterium and of Canon Law. He also accepts Catholic philosophy and the natural truths of human language and all reality as it is. He considers  it shameful to act in any other way.

A man who is leg by the spirit of falsehood, withholds his assent until he can calculate whether it is useful for him to assent, for he never will put in risk his own personal authority or the goal he seeks, whether that is to defraud you of your souls, money, property, family, or religious liberty. He considers it foolish to act in any other way.

We should keep in mind these two spirits and when reading the reports of any journalist, Catholic commentator, whether Cardinal, Bishop, Priest, Religious or layman, to check to see of which spirit they are, because many are the false apostles who go about today teaching things of which they have no authority to teach.

CREDITS: The Featured Image is Christ teaching the Doctors of the Temple, by Paolo Veronese. The image is in the public domain. The painting is at the museum of the El Prado, Madrid.