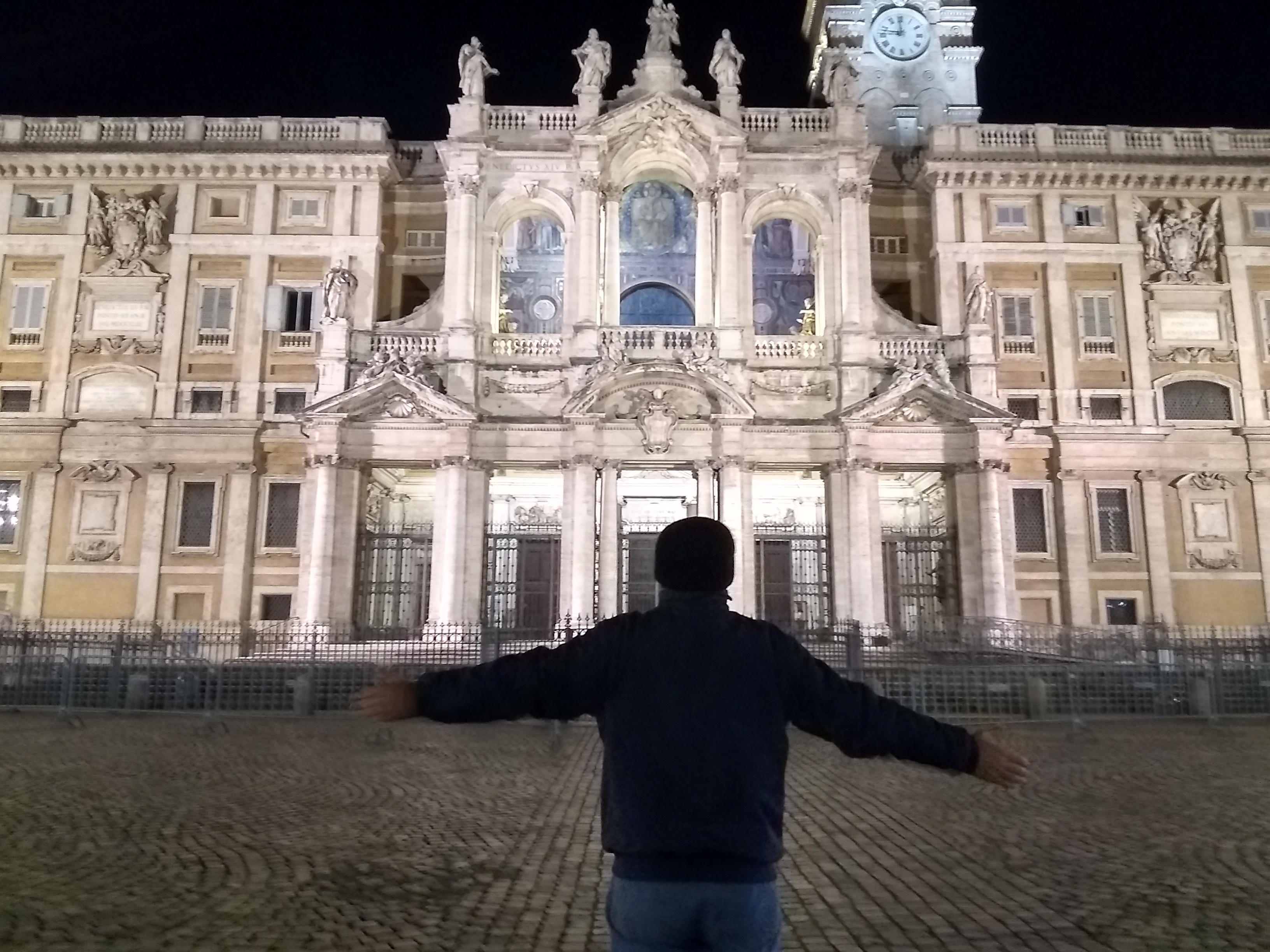 ALL ARE INVITED TO JOIN US IN PRAYER AT MIDNIGHT EACH NIGHT, IN FRONT OF THE BASILICA OF SANTA MARIA MAGGIORE AT ROME

Prayers being said Tonight at Rome

Our Father who art in Heaven, hallowed be Thy Name,
Thy Kingdom come, Thy Will be done, on Earth as it is in Heaven.
Give us this day our Daily Bread,
And forgive us our trespasses, as we forgive those who trespass against us,
And lead us not into temptation, but deliver us from evil. Amen. (3 times)

NOTE: Since, Bl. Anna-Katerina Emmerich had this vision in 1820, before the invention of time zones, midnight here should be understood in solar time, which at Rome makes midnight occur at 12:22 AM, presently, and thus the hour of midnight would be 11:52 AM to 12:52 AM. Try to say your prayers in that hour.

This Novena is explained and announced here in English, and here in Italian, in each place the citations from Bl. Emmerich about these prayers are given.

See the article published yesterday at FromRome.Info, The Church of Light vs. the Church of Darkness for more about this Novena of Prayer.

PLEASE NOTE: That until From Rome Info Video Channel at Youtube gets 1000 subscribers, it will NOT be able to broadcast the Nightly Prayers Live. So let all who are devoted to Jesus Christ, Our Lady and Bl. Ann Catherine Emmerich know that they need to urge subscriptions to this channel, so that we can promote the fulfillment of Our Lady’s Request for Her Heavenly-Approved prayer solution to the present Crisis in the Church.

To put a Newspaper ad calling Catholics at Rome to this pray vigil, will cost 2000 euros. Help us spread the word by a generous contribution here below. Our Lady promised victory, let us mobilize everyone to the battle!