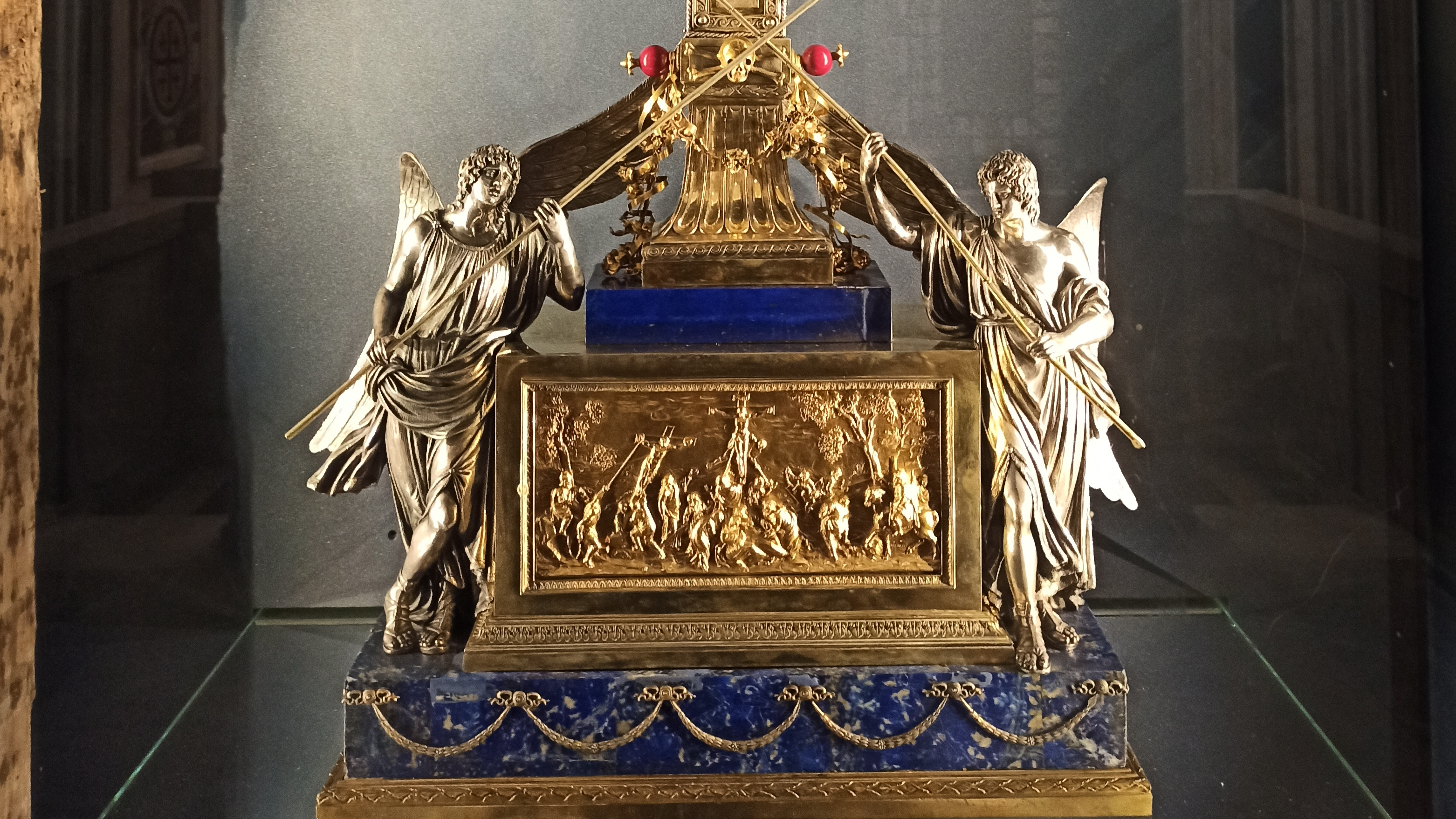 The Bergoglians are running in terror. They have closed worship in two entire dioceses in Northern Italy. They are refusing to distribute the Most Holy Sacrament of the Altar in mouths. They are positively terrified.

It makes no sense, since the Corona Virus only attacks those who are already in poor health and most of these are the very elderly who cannot make it to church anyhow.

But it makes sense if the leadership of your Church is HIV positive, because you have no or a very weakened immune system.

Those who want to make up their religion have no supernatural motives and no real hope of eternal life. They know that, because they know that howsoever much they might pretend, their god, themselves, is not a god and cannot save them from Death.

Catholics on the other hand continue to go bravely to Mass and to communion, placing all their hope in the God of Life who rose from the death and can protect His own from eternal death and temporal death.

Many Catholics in Italy have never accepted communion in the hand. This current trial is helping many open their eyes to the fact that the Bishops in communion with Bergoglio are atheists, that is, they believe in nothing but their own ideologies. They have, thus, no courage or hope against the Corona Virus.

The closing of Churches and refusal of the Sacraments, however, shows that the Bergoglian Church has the long term goal to close churches and end the Sacraments. They want a religion where you pay them to enjoy themselves in debauchery, and to receive from them the thinking points for the one world order.  All those who insist Bergoglio is the pope are collaborators with that agenda whether they want it or not.

Oh, any let us take note of this: AIDS is 100% lethal, Corona Virus is 1.9% lethal. But they never shut the Churches or insisted on communion in the Hand for the former plague. They had no fear of it, they did not want to “stigmatize” those who had it. They acted as if they already had it, or if those with it were already their own. Telling. Very telling.

CREDITS: The Featured Image is a detail of a photo by Br. Bugnolo of the Reliquary of the Holy Cross at the Basilica of the Holy Cross in Jerusalem, at Rome.  The base of the reliquary, made out of gold and silver, shows two angels holding the instruments of Christ’s passion: the sponge of vinegar and the spear which pierced His Side. They are positioned as if to say — after the manner of the Cherubim who guarded the way back to Paradise — Stand back all of you, who have not the faith, the True Tree of Life is not for your tasting!