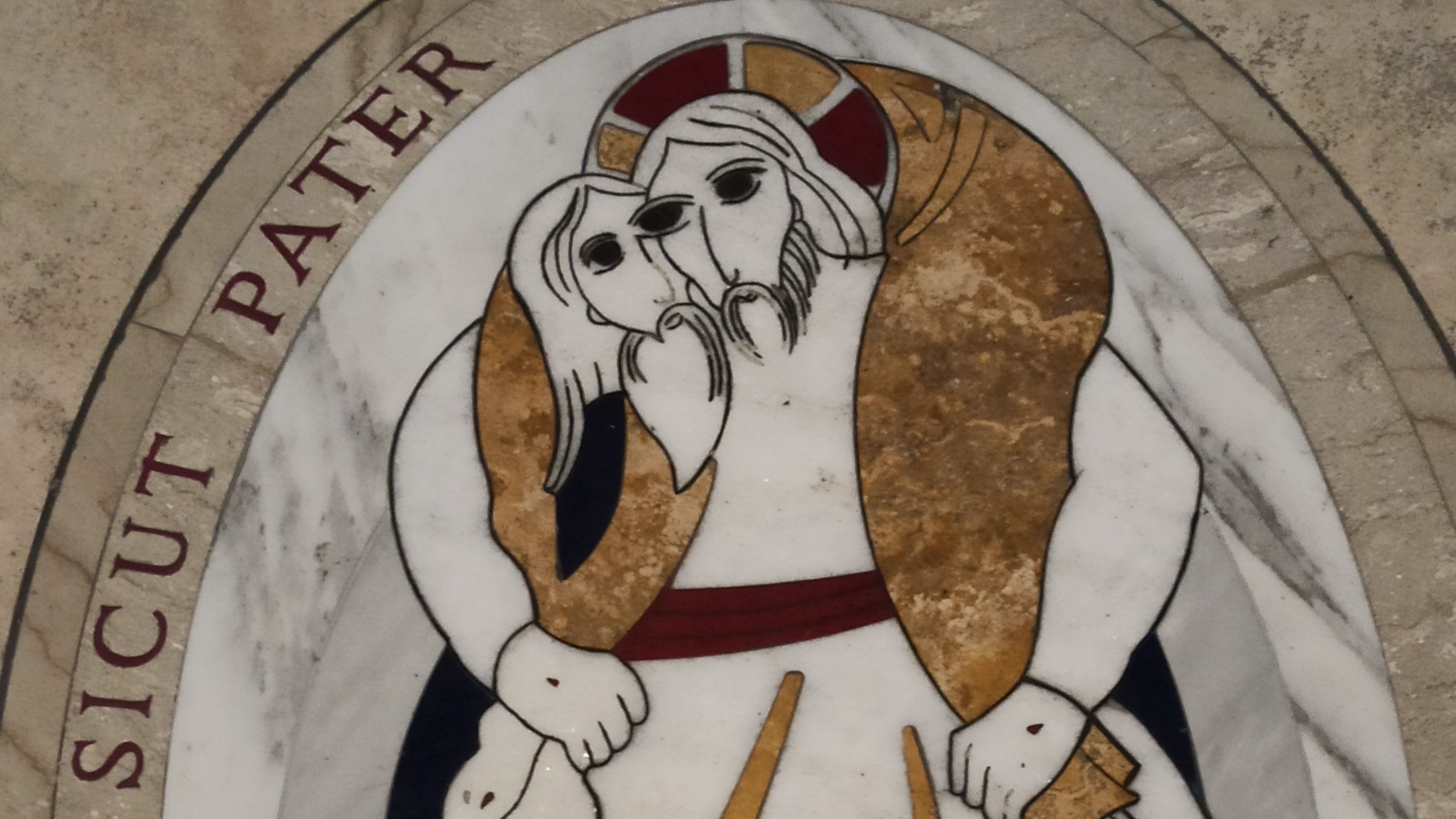 The Aggiornamento was allegedly for the purpose of increasing the pastoral efficacy of the  Church so that in the modern world, She and Her message of salvation would be better understood.

But what the Aggiornamento was really about was introducing the demonic, the satanic, the secular and the atheistic in to the Church and enuring us to it.

Take for example the inexplicable alterations in the text of the Mass on key doctrinal points:

I could add a host of other evidence, such as the image for the recent unHoly Year of Mercy celebrated by the anti-Pope, Bergoglio, which featured an obscene and diabolic image, of a christ carrying another man over his shoulders and sharing One Eye with him. To Bergoglians, Jesus Christ is a man who snatches other men or boys and takes them home to be used as pieces of meat, evidently.

These are just a very few of the inexplicable changes that they told us to accept, ignore and tolerate. But now that Bergoglio has worshipped Pachamama in a solemn ritual in the Vatican Gardens and introduced demon worship into Saint Peter’s itself, the masque has been torn off the true agenda of Vatican II and the Aggiornamento.

That spirit has now taken corporeal form with the Bergoglian Church and has supplanted and taken possession of vast parts of the Mystical Body, beginning with the Vatican and extending through Bishops and priests down to the faithful. The evil is coming from the Vatican itself.

The next change is the Our Father itself: Bergoglio wants all to recognize that he has authority to change the prayer composed by the ETERNAL SON OF GOD. That request is completely blasphemous and diabolic. Those who accept it will be formal heretics and apostates for having rebelled against the authority of God Himself in a matter of pure religion of the first order of importance.

CREDITS: The Featured Image is a photo by Br. Bugnolo of a floor mosaic in a local Church at Rome, featuring the official logo of the “Year of Mercy” celebrated by Bergoglio from 2015 to 2016.

6 thoughts on “The Marks of the Church of the Antichrist”