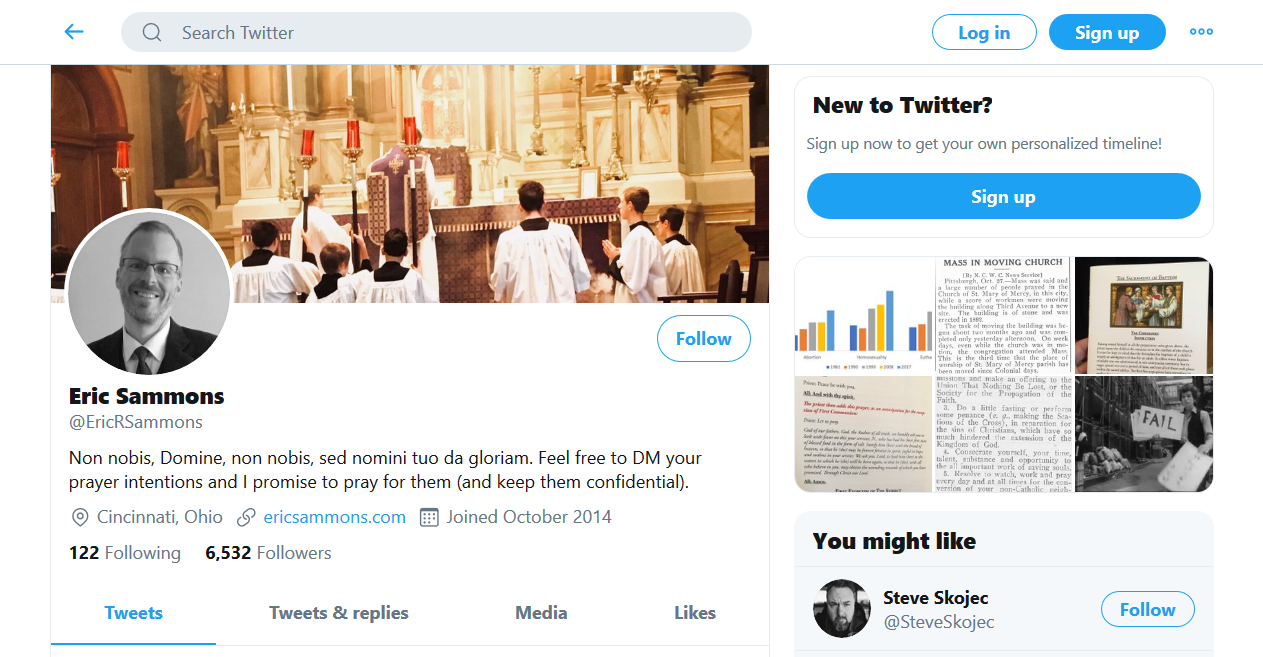 Here is a prime example:

And for those who still embrace—or are tempted to embrace—the “Benedict is pope” thesis, listen to Bishop Schneider, then repent of this error and go to Confession. Your soul is in danger.https://t.co/p29UbEUO3Lhttps://t.co/v5lz9FaADS

I replied to Schneider’s ridiculous in my critique entitled, Bishop Schneider, you Essay is a porridge of falsehood and presumption, where I showed his entire argument was based on false information, fake news, and the complete rejection not only of causality but of canon law. His illusions are totally debunked by what Pope Benedict did in fact say and not say, as I have shown on two occasions (here and here).

For Schneider the truth of the canonical meaning of a papal act is found not in the act itself, but in how others consider and accept the act or react to the act. He is a nominalist of highest order. For him a thing has no being or essence, only an effect.

But for Sammons to say what he says, is pure shamelessness. He is inventing a new sect, in which the Church’s own Canon Law is meaningless, but the will of the Cardinals is the definition of reality.

As for Dr. Taylor, in November last year he himself admitted Bellarmine is right about a heretic losing the office of the papacy, but now with Schneider in front of him, he fails to even admit that but lets Schneider trash Bellarmine a doctor of the Church! (Hat tip to Fred Martinez of Catholic Monitor, for this exposé).

Both Sammons and Schneider are not fooling anyone with a shred of Christian faith. Our Religion is based on facts, evidence, truth and Divine Revelation. The words of Jesus Christ to Saint Peter: whatsoever you bind on earth shall be bound in Heaven, apply to Canon Law most of all, since by the Code of Canon Law, Pope John Paul II intended to bind the entire Church of the Roman Rite.

And no one can overthrow the words of Jesus Christ!

Bishops Schneider and Sammons and whomsoever attack that which is bound in Heaven are doing the work of Satan, who opposes the law of Heaven.

They are simply not Catholic. But they are worse than simple unbelievers.

Trad Inc. has passed through its final transformation. They are at war with God Himself.

CREDITS: The Featured Image above is a screen shot of Eric Sammons Twitter profile page, and is used here in accord with fair use standards for editorial commentary.

9 thoughts on “The wicked impiety of liars”