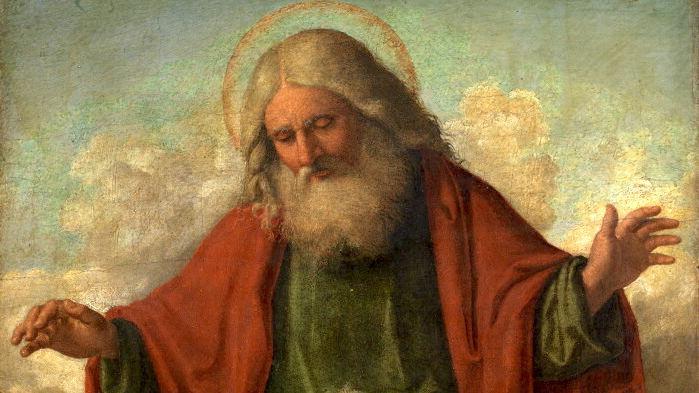 Some laymen on the internet know their faith well, others, well, judge for yourself: 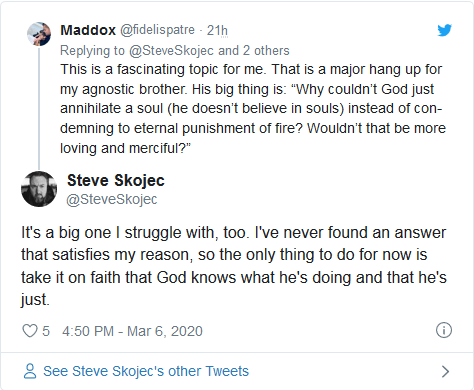 Anyone who has studied the basic 101 course in Theology at any Catholic University should know the answer to Maddox’s Brother’s Question.

It’s not a mystery. It has been taught by Jesus Christ and explained by the Fathers and the Doctors of the Church — if you care to read them!

First, there is the teaching of Jesus Christ our God, Himself: No one is good but God alone.(Mark 10:18)

Second of His servant Moses, speaking of God, after He had created mankind, who wrote: And God saw that all He had made and it was very good. (Genesis 1:31)

Then there is the faithful Apostle of Christ, Saint Paul who explains:  For every creation of God is good, and nothing that is received with thanksgiving should be rejected (1 Timothy 4:4)

And we are warned in Scripture about judging God’s ways of doing things: He has made everything beautiful in its time. He has also set eternity in the hearts of men, yet they cannot fathom the work God has done from beginning to end. (Ecclesiates 3:11)

And God speaking, again, through his prophet Ezechiel declares explicitly: Do I take any pleasure in the death of the wicked? declares the Sovereign LORD. Rather, am I not pleased when they turn from their ways and live? (Chapter 18:23)

So, then, if God does not desire the death of sinners, He desires even less their annihilation. Why? Because God is Goodness Itself and He has made every creature good according to what it is, so even when man fails God ultimately and eternally, nevertheless, there is goodness still in his existence and being, even if there is none left in his will as a moral habit.  Therefore, God cannot destroy souls. But since justice is good, He can punish them eternally, while keeping them in existence. Keeping them in existence confirms that He is good. Punishing them eternally testifies that they have chosen to be unjust, and that God being Just punishes that injustice.

To claim that no one knows the answer to Maddox’s Brother’s question denies Sacred Scripture itself as the source of knowledge, Christ as the Master, the Prophets as inspired and infallible teachers.

What more can I say? But Steve, if you learned your opinion in this matter at Steubenville, I would ask them for my money back!

If they did not teach your opinion, I would humbly suggest you shut down One Peter Five until you go back and read the whole Bible from the beginning and check to see if you believe all that it teaches. Because, it does no one any good to market religion, if you have no idea what religion is about.

But as far as reason is considered, reason can see that existence is better than non-existence, and that therefore the good agent must prefer existence to non existence. On which account, given that God is a good agent, He must prefer punishment to annihilation. The rational argument is even quicker to arrive at than the theological.

And if your reason cannot see that, well….

CREDITS: The Featured Image is of God the Father, by Cima de Conegliano (Source and credits here)

3 thoughts on “Skojec does not know that God is Goodness Itself?”