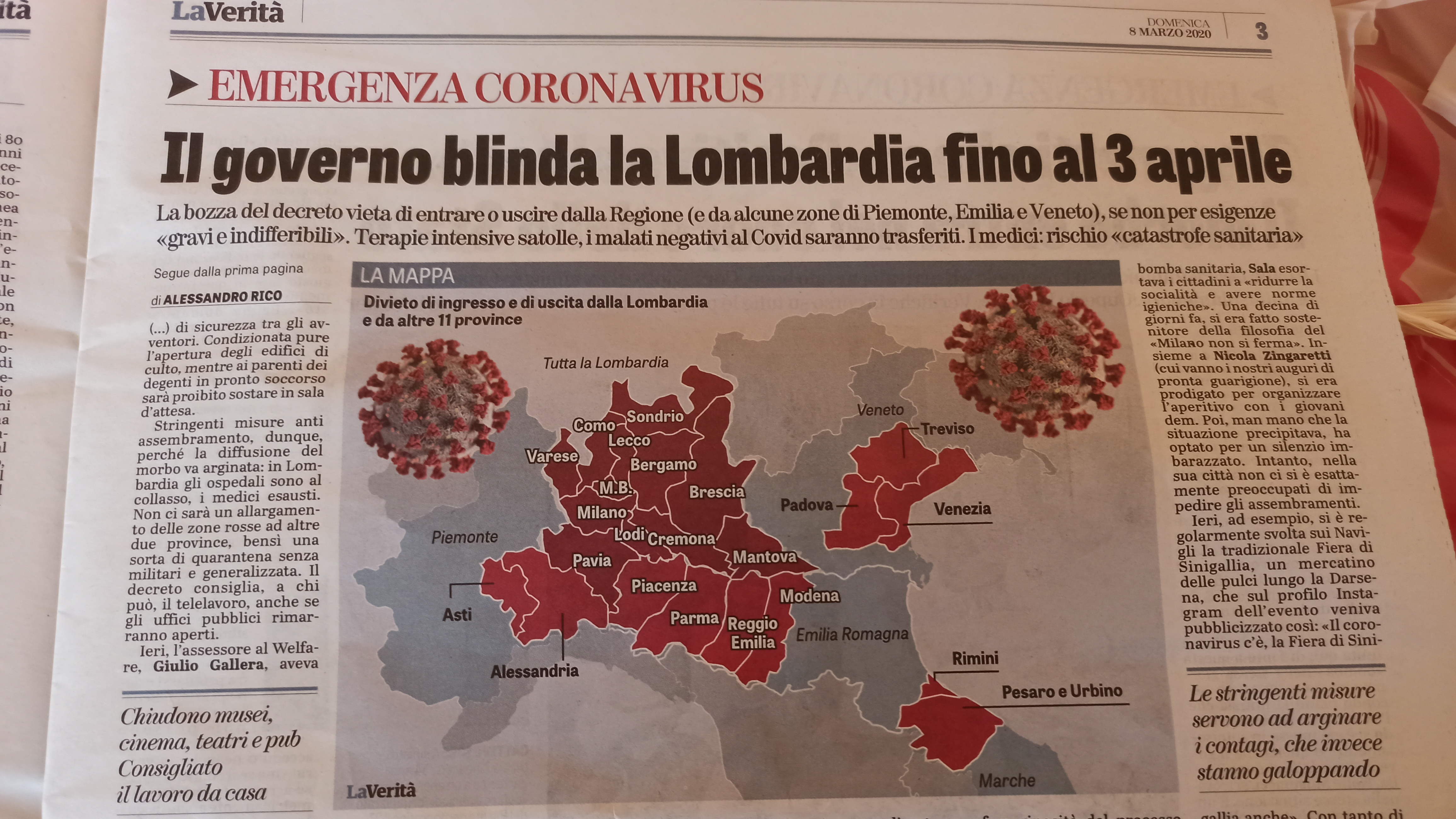 The Italian press is reporting that the first high level politician to come down with the Corona Virus. His name is Nicola Zingaretti, and he is the head of the Italian Democratico Party, a Marxist party of the Gramescian kill-your-nation-slowly kind.

The Corona Virus which is now spreading in Italy came to the country from the People’s Republic of China, a Marxist tyranny.

Connecting the dots, who can fault Catholics for saying that this Epidemic is a punishment from God for the godless elites of their own nation?

Bergoglio is also sick with the flu, but the Vatican is denying that it is corona, even though the Head of the Vatican Press office confirmed yesterday, that the Corona Virus had been brought to the Vatican more than week ago, when Bergoglio was still moving about the micro-state.

But Zingaretti’s now confirmed infection is spreading panic through the ruling government.  Italy is a Republic ruled by a parliamentary system. The government is the political coalition in power in Parliament which selects the Presidente del Consiglio (Prime Minister) and the Ministers of the various departments of the national government.

That Zingaretti met with nearly all the heads of the ruling government in the week prior to being positively diagnosed means that there is a very high probability that they have all been infected.

Talk about precision Divine bombardment! — There is no immunity from prosecution in Divine Law!

Matteo Salvini, who is the leader of the Lega party, also participated in a TV program with some of these, but is not reported sick.

Meanwhile, the ruling government is working on a decree which will require mandatory imprisonment for several years for anyone who disparages sodomy or sodomites.

They have also placed the entire region of Lombardy under quarantine until April 3. No one can enter or leave the 5 provinces of that region without urgent necessity.

CREDITS: The Featured Image is the photo of a page from today’s La Verità Newspaper, which, if you live in Italy, is worthy buying today for its extensive coverage of the Corona Virus epidemic which is sweeping the country. It is used here as a free advertisement of that Newspaper.

3 thoughts on “Marxist Corona strikes the Marxist Crowns of Italy”