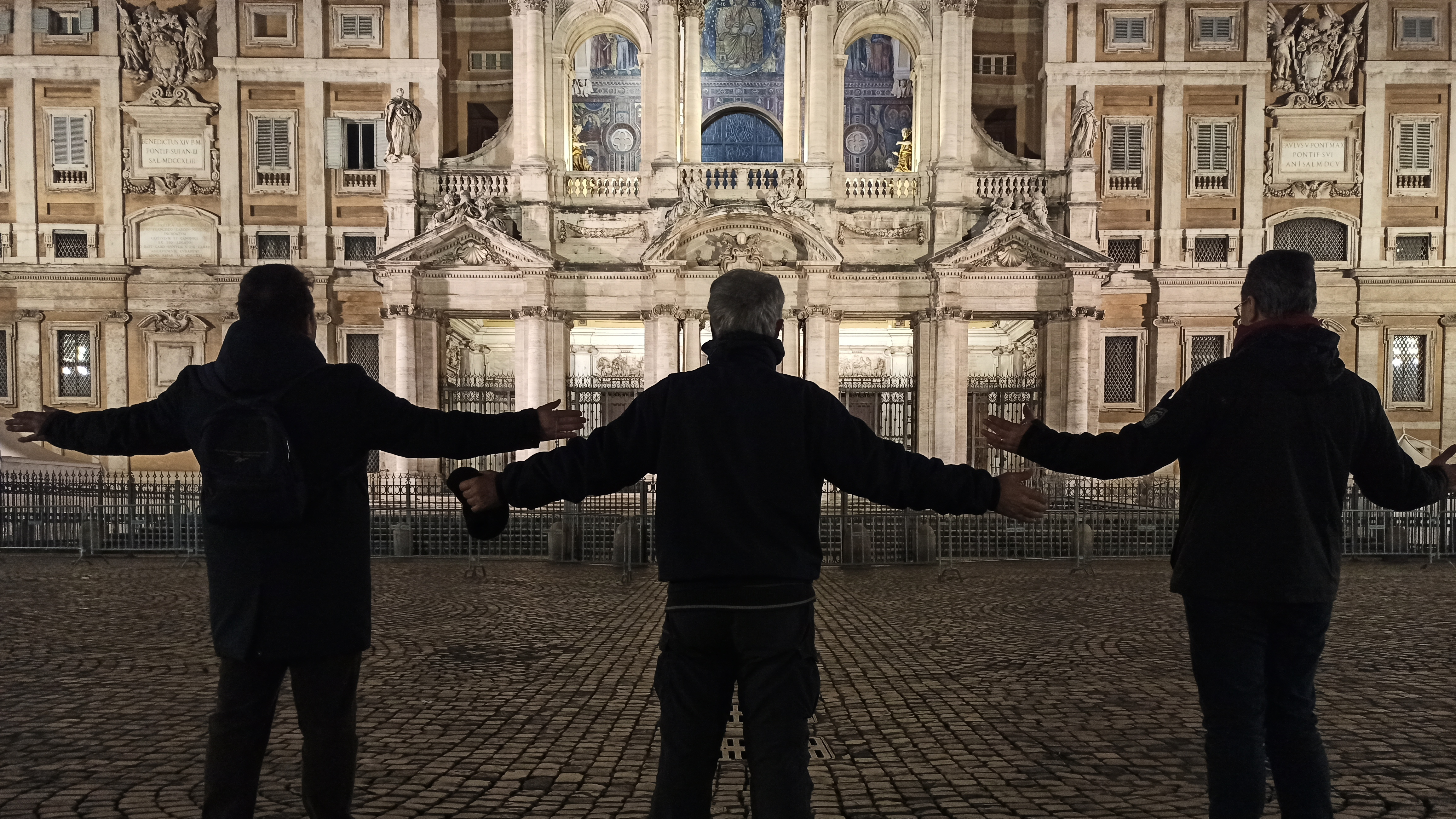 Rome, Sunday, March 8, 2020 A.D.: Tonight at 11:54 P.M., begins the prayer crusade against the Church of Darkness. Inspired by the revelations Our Lady made to Bl. Ann Catherine Emmerich in 1820, that She desired the faithful of Rome to come before Her Basilica of Santa Maria Maggiore, at midnight, every night, and pray with arms extended in the form of a cross, after the manner of Her Divine Son’s August Sacrifice upon the Cross, 3 members of the Church of Rome have pledged themselves to this, until the Church of Rome be liberated.

The prayers to be said are not specified by our Lady. She asked only that everyone try to pray for at least the space of 3 Our Fathers. However, on account of the fact that Bl. Emmerich saw with her, in the vision she had, Saint Francis of Assisi, who assisted in opening the doors of the Basilica to allow the Roman Catholics to make these prayers in the Church, the prayers being said every night are those ordained by Saint Francis in his Regula Bullata, His Rule, for all his lay brothers:  namely 72 Our Fathers.

FromRome.Info participates by publishing each night at 11:54 PM a short video of the Basilica with 7 Our Fathers recited in Latin, Italian and English, for the sake of viewers in all parts of the world.

FromRome.Info Video already has the equipment to do live transmissions, but this will not be allowed by YouTube until at least 1000 individuals subscribe to From Rome Info Video’s YouTube channel, at the URL just cited. When that happens, the entire prayers will be transmitted live each night from Rome.

In her visions, Bl. Emmerich saw the Church of Rome oppressed by a false Church and a false pope. She lamented that the true Pope was isolated and inert and afraid to act, and living in a small house, not the Apostolic Palace. The other pope was false and the friend of every heretic and perverse man and was leading the world into apostasy by attempting to  build a new religion to house all religions except the Catholic one.

Plagues and epidemics are punishments for sin. There is no sin at present more grave, spiritually speaking, than that the Clergy of the Catholic Church hold themselves in communion with a false shepherd and neglect to examine the canonical nature of what Pope Benedict XVI did on Feb. 11, 2013, to see if it was in conformity with the norm of Canon 332 §2, a thing which can only be done in the original Latin texts, and which is explained here, at great length:

Our Lady promised that if the Faithful came and continued to come, She would grant the grace that the Sacred Hierarchy humble themselves in recognizing that the so called renunciation of Pope Benedict XVI did not effect his loss of the papal munus, and hence neither of the papal dignity and office. It is prudently expected that with this great sin of negligence removed, God will also stay the hand  of the Angel of Destruction which He has sent for the punishment of sinners.

NOTA BENE: As our Lady requested prayers at Midnight, using the concept of 1820, before the advent of time zones, it is believed the best interpretation is Solar Midnight, that is, the hour of the night 12 hours opposite of solar midday. This is currently occurring at 12:20 A.M., making the middle hour 11:50 to 12:50 A.M.. And for that reasons the prayers begin about 30 minutes beforehand, at 11:54, but this will change when the clocks move forward in 3 weeks from now, at Rome.

CREDITS:  The Featured Image is a photo of the prayer crusaders before the Basilica of Santa Maria Maggiore on the night of March 8th, at about 12:30 PM, and was taken by Br. Bugnolo.