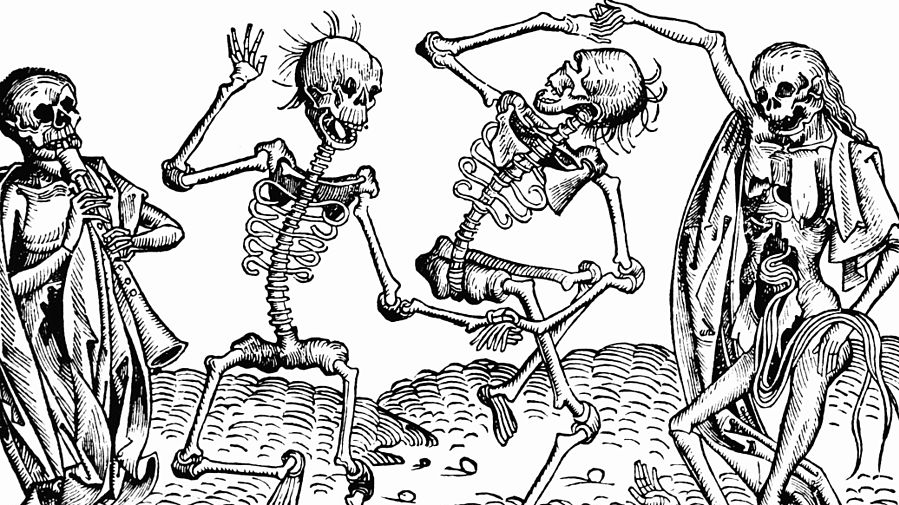 My English teacher warned me about mixed metaphors, but sometimes they are poetic and elegant. A canary was used in pre-modern times in mining, to know for sure whether the air in the shaft was breathable, because the canary, having a high metabolism needed a lot of oxygen.

If the canary was still singing, you were ok, and if it began to sing after silence then you were back in the clear.

The singing canary in American pop culture also is used to signify an informant in a criminal organization who knows the truth and begins to speak to the police.

If you want to understand something of the mass hysteria sweeping the world right now, in regard to the Corona Virus, then snatch up a copy of Barbara Tuchman’s, A Distant Mirror, which is a narrative history of the 14th century, with a most stunning account of the Black Death.

There is nothing like the thought of death by plague which can make men say things they would never say. Especially when they fear they are about to die or that their oppressive tyrannical rulers are about to.  They gain a sort of liberty which they did not have before: they who were willing to hide the truth to gain something in this life, now have no longer such a motivation.

I do not know if this is the reason that Marco Tosatti published Sergio Russo’s Essay the other day, or whether this has anything to do with Edward Pentin’s determination to publish a long report on the pro-validity theory of the Renunciation of Benedict, but I do think, that the Corona Virus is going to make more and more persons speak out.

The time is short. Those who know they have compromised immune systems are feeling the heat. Let us pray they do the right thing and redeem their souls before the end.

PLEASE JOIN ME EACH MIDNIGHT ROME TIME at From Rome Info Video for the prayers against the Church of Darkness. This plague is all about divine punishment. And if we cooperate with Our Lady by giving Her this small sign of collaboration, She will invoke the Holy Spirit to end this Crisis in the Church, which is the cause of this punishment.

The Catholic Men who join with me each night in these prayers have resolved to continue them until the Church of Darkness is driven out. Therefore, the video transmissions will continue, recorded. As soon as there are 1000 subscribers, these transmissions will be live each night, for 40 minutes, beginning at 11:54 PM Rome Time.

Please note that as of tomorrow, the USA goes on Day Light savings time and so Rome will be one hour less ahead of time zones in the USA.

As for the Emmerich Appeal, we need ONLY 2 more zealous souls before we can run the Newspaper Advertisement. We have 6 so far who have pledged.

CREDITS: The Featured Image of the Dance of Death is from at 15th century manuscript, source here.