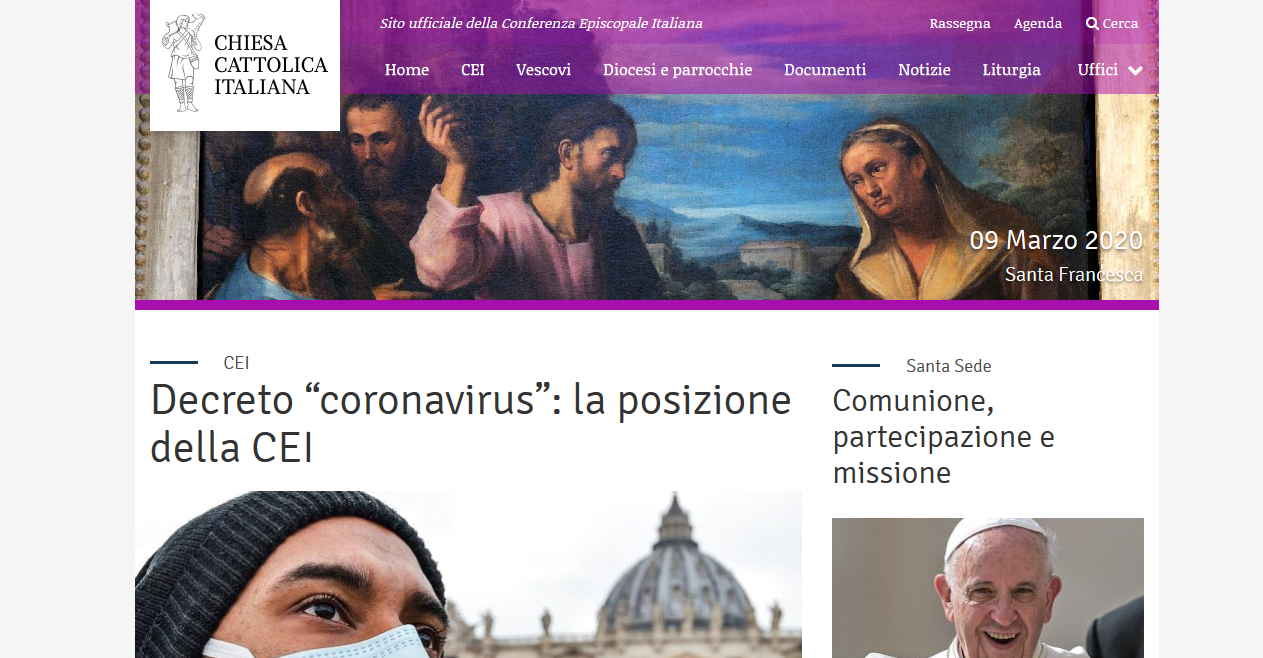 FromRome.Info reports from the Vatican, this morning at 11:30 A.M.

Correction: The Government Decree in part II regards all the Italian territory, but says nothing specific about the Catholic Church. It forbids all religious services.

A Legal Note:  In accord with the terms of the Lateran Pact, the Church enjoys freedom of worship. Thus the Italian State has no authority whatsoever over determining whether the Church decides to open or close its churches or celebrate the Sacraments. Thus whenever a Decree of the Government regards religious services, the Catholic Church has an established exception by way of privilege. Therefore, in the present crisis, the responsibility falls entirely upon the Italian Bishop’s Conference, which just ignored the rights of the Church, and upon the Vatican, which just ceded on the central point of the Lateran Pact. Thus, the Government Decree makes no provision against the Catholic Church, since it never refers or says or mentions the Catholic Church or its services, nor could it, since it has no authority over them.

Reports to the contrary are coming from many sources, which simply do not know Italian Law. For a commentary in Italian on this, see Marco Tosatt’s website, today.

The major reason for the compliance here, is that the Bergoglian Regime and the Italian Bishops Conference are marxists and favor the marxist government now ruling Italy. They want to support it by being subservient. But they also want to eradicate the Catholic religion from Italy.

Back in 2010, when Pope Benedict XVI wanted to extend the Ancient Mass in Italy they insulted him for 3 days in their Conference meeting, that spring, saying it would cause terrible divisions in the Church.  What they really meant, it would exorcise the demons pretending to be bishops in that Church. Now they have shown their true faces and spirits.

No priest is obliged by the new Government Decree nor by the Conference of Bishops’ decree, and this would be easy to establish in any Italian court of Law, for the reasons stated above. Indeed, since both organization have no authority to issue such decrees regarding Catholic services, each decree must be held not to exist according to the norm of law, as regard such services.

If you would like to help Brother Bugnolo do live transmissions from Rome, please subscribe to From Rome Info Video (Click here). He needs only another 400 subscribers to get permission from YouTube to make live reports for free.

CREDITS: The Featured Image is a screen shot of the news page of the Italian Episcopal Conference showing their public statement regarding the new government decree.

6 thoughts on “Report from Vatican: Italian Episcopal Conference exploits crisis to suspend all services in Italy”