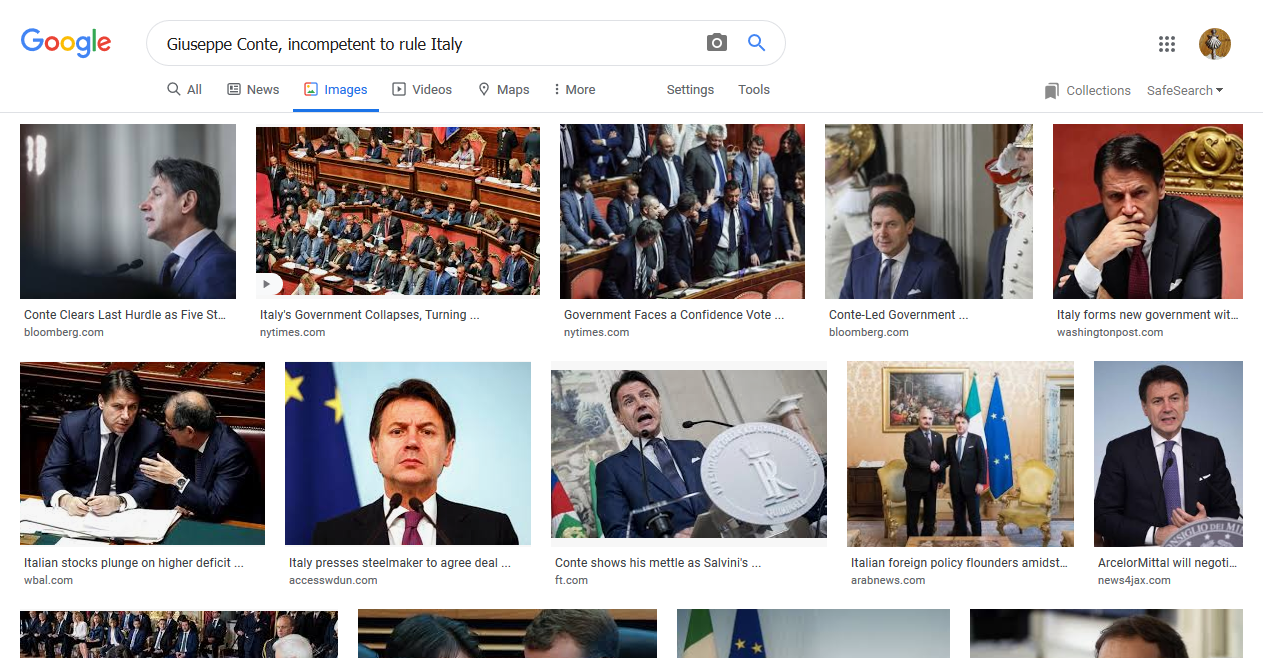 I met a taxi driver yesterday who knows more about government that the Italian Premier (Prime Minister), Giuseppe Conte.  When I asked him what he thought about the new Decree to prevent the spread of corona virus — which came out on Saturday night — he said it is easier to issue a decree than solve the problem, because solving the problem took money and whits.

As an anthropologist, not a prophet, I foresee disaster in Italy. The break down of law and order. For the same reason: you cannot effectively respond to an epidemic through decrees.

Common sense recognizes that a virus is a living organism which does not respect decrees. Coronavirus 19, because it does not cause symptoms or problems in most persons, who are used to having influenza now and then, will thus spread rapidly to everyone in Italy. It is simply a mechanism of life. There is no way to shut down human life by decrees that will prevent it.

Consequently, as the death toll rises astronomically, the exasperation of the people will also rise. They will see that these draconian measures do not work. And since Italians are first and foremost lovers of human beings, they will begin to nurture the most profound anger for the authorities which are denying them the Sacraments and the opportunity to visit loved ones in their time of need, be with family members — the new decree effectively imprisons everyone in the Region in which they live and forbids egress and ingress — and attend the public funerals of loved ones — here funerals are magnificent events where thousands come out to mourn the passing of not a few citizens of each town.

Anthropologically what Conte is doing is unsustainable. It will be biologically ineffective. And from the point of the police forces in Italy, it will be impossible to enforce.

The result will be a breakdown of law and order. And it has already begun. Because the new Decree in denying visits of spouses and girl-friends to prisoners has caused 22 Prison Riots in the space of 48 hours. A thing unheard of in Italian history!

Bl. Ann Catherine Emmerich in her mystical visions of 1820 for the city of Rome saw that there will come a time with a violent mob will sweep the city wrecking destruction everywhere.

We are about to see that happen. Not today, or next week, but perhaps by the end of spring.

CREDITS: The Featured Image above is a screen shot of Google image search, used here according to fair use standards for editorial commentary, to show that Google image search works not only to find images of famous persons like Giuseppe Conte, the Italian premier, but also images of them associated with different search terms and topics.

5 thoughts on “Conte is leading Italy into chaos”