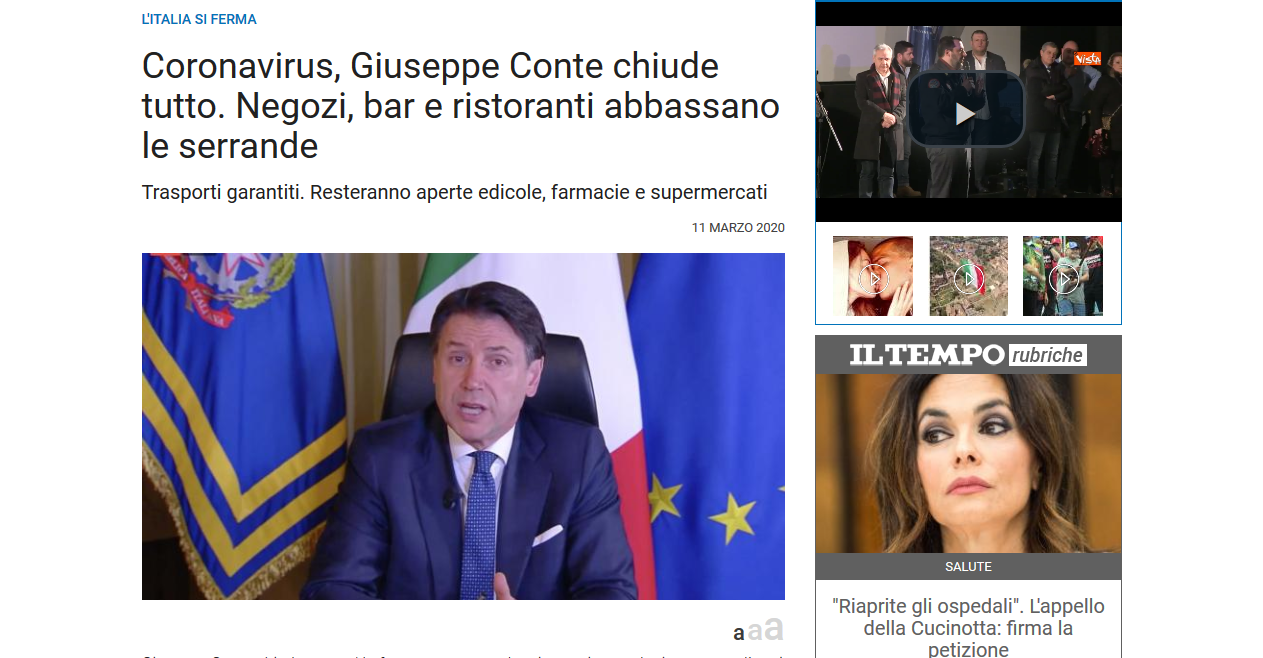 A lawyer who never was elected to any office in the Italian Republic: Giuseppe Conte, the President of the Council of Ministers, or what in the English speaking world would be called the Prime Minister, has decided that for the safety of Italy, that everything in the country should be shut down as of today, March, 12, 2020, except for supermarkets, pharmacies, newspaper stands and public transport.

He announced his dictatorial decree on FaceBook of all things! So reports, Il Tempo, one of the major Italian Daily Newspapers online.

Here is a man whom one Italian told me is a true ignorante (ignoramus). Another called him an insensato, that is, someone who has lost all common sense.

The Corona virus 19, which is simply a new form of corona virus already known to mankind is not a lethal plague.  Attorney Christopher Ferrara explained it well in his article at The Remnant: it is a minor health issue blow up into mega proportions for the maximum political effect.

More people die each month from influenza than have ever died from Corona virus 19.

I suppose by the time I wake up, Giuseppe Conte will have next decreed that we should all stop breathing, so to guarantee that no one else gets infected!

If there is any doubt that some politicians are using Corona virus as an excuse to seize unheard of dictatorial powers that border on the divinity, Conte has just proven them right. Conte, has not repented, he is heading at full speed to a dark end, as I wrote of the other day. He does not have the basic competence to govern.

Let us pray the Lord Jesus, that He protect His people from this kind of maniac.