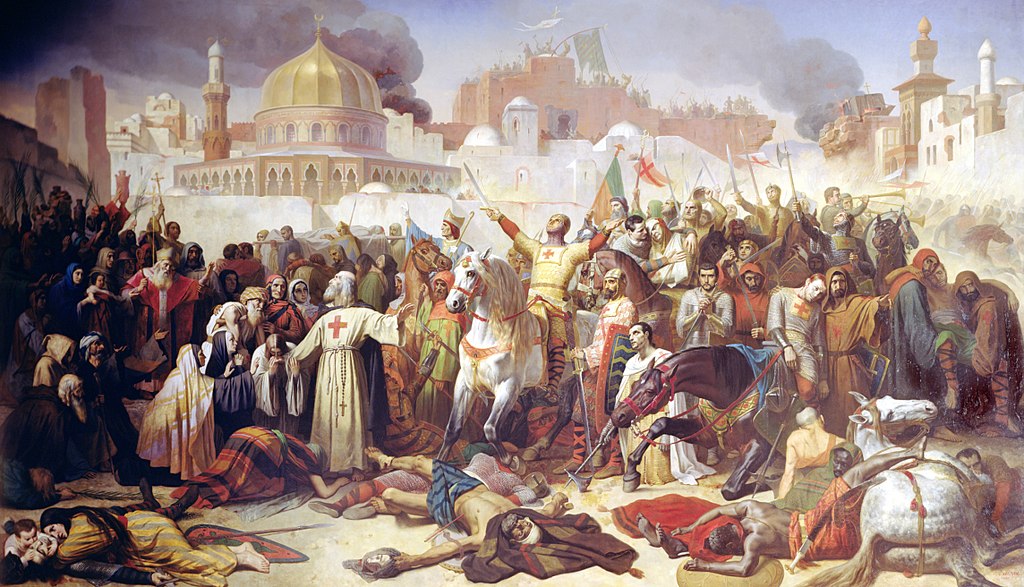 The First Crusade was the most glorious military undertaking in the history of Christianity. It was such because it was the first to internationally testify to the faith of the Church in using military forces for a work of mercy: to restore the order of justice, the rights of the Christian Faith, the mercy to persecuted Christians.

It is also a topic which is nearly universally reviled and hated by those who rule the modern world. It is hated by Muslims, because they see it as a defeat and a work which opposed their theological objectives of world conquest. It is hated by unbelieving Jews, who see it as a transgression of their rights to Palestine. It is hated by seculariest, who conquered Catholic nations since the time of the French Revolution, because they fear that Catholics admire any example of Catholics in an age when the Faith ruled the world.

A good number of ignorant or errant clerics also boo-hoo the Crusades. This is one of the reasons for which I personally have no confidence that John Paul II is a Saint, because he “apologized” for the Crusades, which was a complete act of historical revisionism, by a pope who was promoting to the dignity of Cardinal and Bishop numerous pedophiles and pedophile promoters, as we know today.

But the First Crusade was called by Bl. Pope Urban II by an official act of his magisterial authority, which declared it a work of penitence and charity required by our Catholic Faith.

A large number of Archbishops and Bishops, therefore, attended the First Crusade: that is, to say, they went on the First Crusade to offer spiritual, material, political and military assistance. Back in those days, Bishops own their own domains, had their own military forces, even if they personally did not wield sword.

Here is a list of the names of the Bishops who attended, and their titles: This is why, for us today, the Archbishops and Bishops of the First Crusade are wonderful examples of what it means to be a true man of God and successor to the Apostles of Our Lord Jesus Christ.

CREDITS: The info graphic of names was prepared by John C. Bugnolo, based on his study of the original texts of the Chronicles of the First Crusade. — The Featured Image is a painting by Emile Signor in 1847, entitled, “The Taking of Jerusalem by the Crusaders, July 15, 1099”, and is kept at the Bridgeman Art library, and is in the public domain.

2 thoughts on “The Apostles who went on the First Crusade”