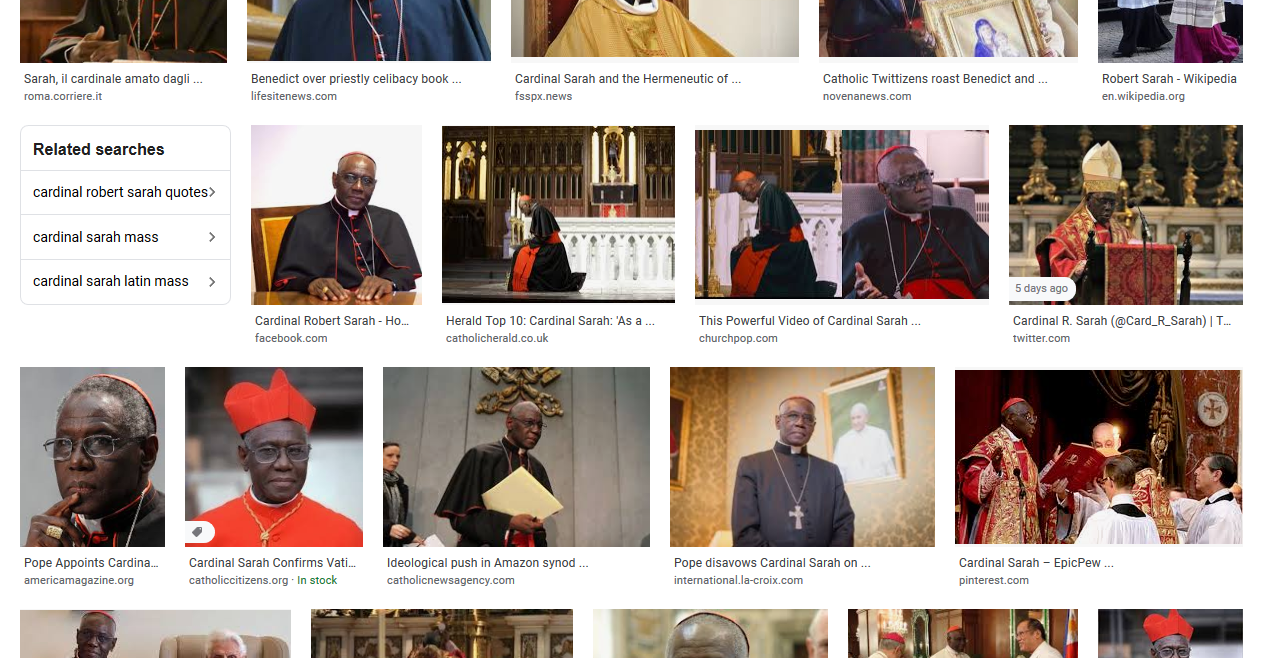 In what can only be described as a liturgical directive from the Congregation for Divine Worship of the Anti-Church, anti-Cardinal Robert Sarah by an official directive dated on the Feast of Saint Joseph, ordered the Bishops of the world to NOT celebrate the Sacred Triduum, of Holy Thursday, Good Friday, and Easter Sunday with the faithful.

While affirming that the celebration of the Triduum cannot be moved to another day of the year, he has the audacity to suggest the faithful be invited to partake in popular devotions which commemorate the Passion of Our Lord, on September 14-15.

That’s right: YOU UNWASHED MASSES, YOU CAN HAVE YOUR SUPERSTITIONS IN SEPTEMBER, BUT DON’T COME NEAR US FOR THE EASTER TRIDUUM!

Anti-Cardinal Sarah was the first to insist, in a full length interview, on Oct. 6th that Bergoglio is certainly the pope, despite the fact that he just presided over public idolatry in the preceding days at the Vatican will full knowledge of Cardinal Sarah. Some say that Sarah was even present and consented.

The Anti-Cardinal would not have issued this decree if he were not totally intellectually and spiritually behind the extinction of the Catholic Church throughout the entire world. And he gives sign of it on his instruction for Easter, by saying that the lighting of the Easter Fire should be omitted: an ancient ritual done on the day of the Resurrection itself to indicate the faith in the Risen One.

Cardinal Sarah just stabbed Holy Mother Church in the back!

Indeed, by saying that the Triduum is not to be celebrated with the faithful, he is essentially implying that only Satanists, unbelievers and other godless men should be admitted. He got that right!

This decree or instruction, to be precise, is an indication of the Vatican’s strong desire to suppress the Catholic Religion and stifle all criticism. This decree will be used to silence faithful priests who would otherwise buck civil authorities. Now they will be told that they are bucking the wise, Conservative super Cardinal who might yet be the next great Conservative pope! — Excuse me while I puke!

You can view the scanned images of the original Italian of the Instruction at Gloria.TV.

CREDITS: The Featured Image is a screen shot of Google Image search for images of Robert Sarah, and is an excellency resource for finding images which show the 1000 faces of Sarah: used here in accord with fair use standards for editorial commentary.