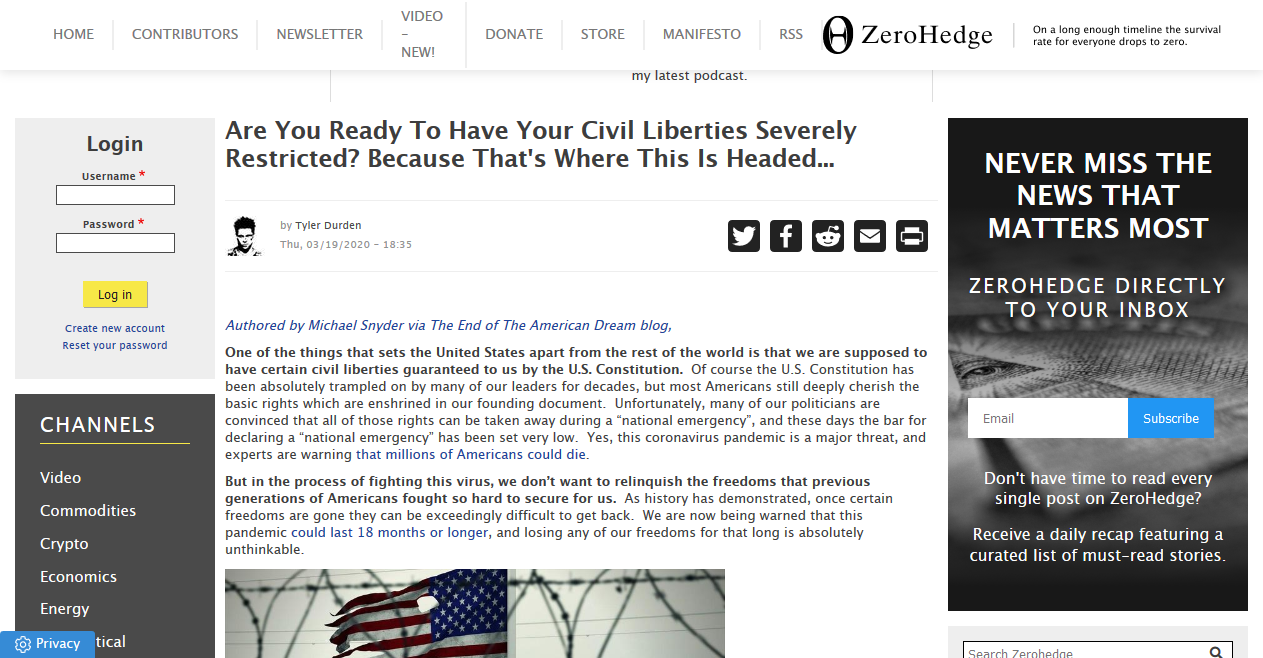 Zero Hedge is a news site mostly for information about financial matters. It is notorious for using as its avatar on Twitter, the image of the belly of a gay prostitute nude. Their twitter account sounded the news that Bergoglio was elected before anyone else on the planet.

So It does not surprise me in the least, that Zero Hedge ran a story at a little past midnight, Rome time, today, insisting that we must accept Corona Virus as a pandemic.

Yes, for Zero Hedge’s demographic — section of the population from which they come or identify — its a pandemic, because it is culling their own.

But for the rest of us, who are in good health, it is not even as bad as the winter flu, from the point of view of mortality rates. I cannot comment on the symptoms, because, though I have done an internet apostolate for more than 20 years, and know thousands of persons, no one has yet told me that they know of anyone who is sick from Corona Virus.

If you are not a man, but a coward, you will run from a mouse. That is why our leaders are running. If you do not have an immune system, Corona Virus is the Black Plague and the day of reckoning!

If only those who fear it most would repent of their sins instead of wanting to herd humanity into a black hole of dark age serfdom.

Misanthropic is the word for it. That is Greek for, haters of mankind.