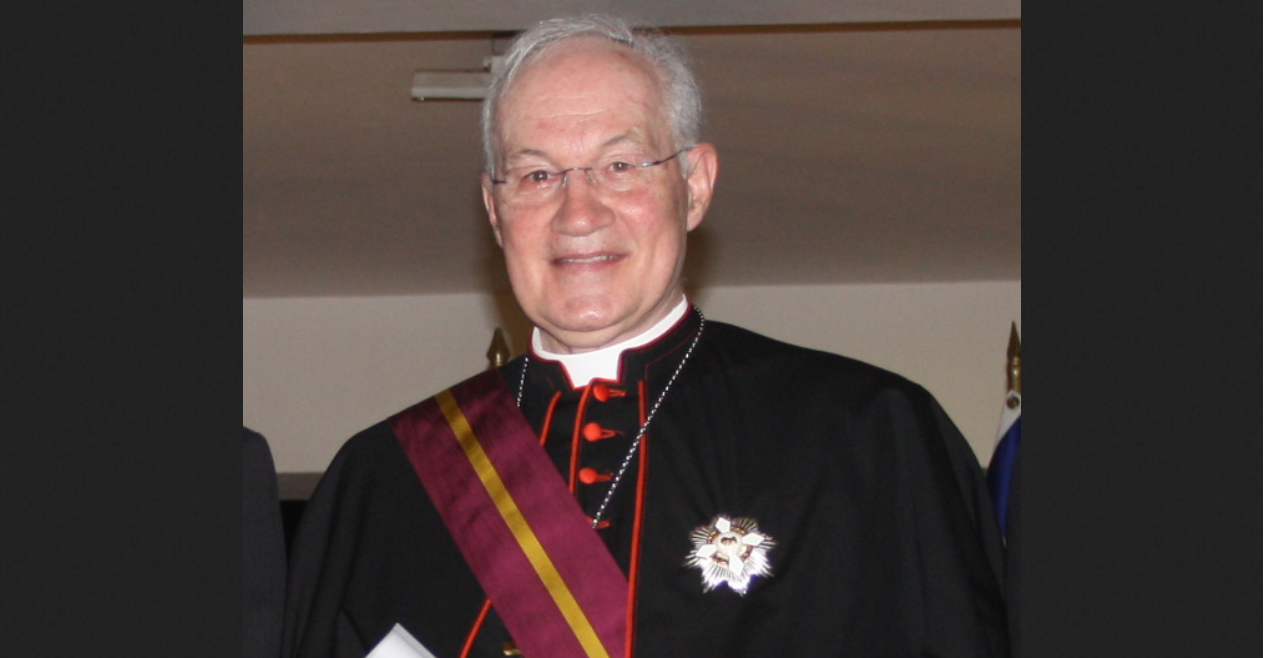 BREAKING — FromRome.Info has received testimony from an insider who confirms that 2 Catholic Bishops were forced to resign from their sees by threats of defamation and scandal. Here is our report.

Archbishop John Pawel Lenga, was appointed Bishop of Karaganda, Kazakstan by Pope John Paul II on July 7, 1999.  He had previously been the titular Bishop of Araba, since April 13, 1991, when he was named by the same Polish Pope as Apostolic Administrator of the region.  In merit of his faithful service, Pope John Paul II, on May 17, 2003 raised him to the personal dignity of an Archbishop.

But forces of the ecclesiastical mafia could not suffer that such a Catholic man be an Bishop. So they conspired to force his resignation in violation of canon 188, by insisting that he resign for reasons of health — when he was perfectly healthy — or else they would start a campaign of slander and calumny to destroy his reputation.  He was told to resign by Cardinal Marc Ouellet, Prefecct of the Congregation of Bishops, or else!

After talking with the other clergy of Kazakstan, Bishop Lenga to avoid the scandal to the Church accepted on Feb. 5, 2011, though under duress canon 188 would make his renunciation invalid in law.

He appealed to Pope Benedict XVI against his enemies by writing him a letter. He never received a response. It is strongly believed that the sole reason was that the personal secretary of Pope Benedict at the time, Father Gänswein, had intercepted the letter and made it disappear. Gänswein was exposed as an agent of the Lavender Mafia from the time Pope Benedict XVI was elected in several reports in the Italian Press in January of this year, notably through the personal testimony of Archbishop Viganò.

Mons. Maro Oliveri was similarly coerced to resign. Hated by Cardinal Bertone, from the time that Bertone was Archbishop of Genoa, he was the target of a long campaign to get him removed from power.

Made bishop of the diocese of Albenga-Imperia, Italy, on the French border, in the foothills of the Maritime Alps, by Pope John Paul II, on Oct. 6, 1990, he served faithfully and with a good reputation from all but the local Freemasons for more than 25 years.

In fact, he local press that summer published information about the immoral behavior of priests of the diocese, whom the Bishop had attempted to correct without success. Our sources indicate that his dismissal was obtained by Cardinal Bertone from retirement as a last act of vendetta.

Here are two cases of Bishops being forced to resign by intimidations and threats. Two resignations which are arguably invalid in law, since canon 188 makes all renunciations of office invalid if they were obtained by the application of unjust coercion.

The motives alleged for the demands to resign were that these bishops were too catholic. The Lavender Mafia wanted them out.

If one still thinks that Pope Benedict XVI certain could not have been forced similarly to resign, there is nothing they can argue against these facts, according to the Latin adage:  contra factum non valet argumentum.

One of the suspected motives for forcing bishops to resign is simony: the scandalous trafficking in the sale of episcopal appointments by high members of the Italian Hierarchy, who sell their influence to get those who pay 200,000 euros or more for the favor. It is reported to FromRome.Info that Pope Benedict XVI disciplined at least one Italian Cardinal for this scandalous activity: an activity which, in general, in lending it self to the corrupt desire to increase profits, inclines to demanding the early retirement of bishops who can be plied by threats or incentives, to make the way open to the sale of offices. FromRome.Info, however, has no information that such a simonaical trade played any part in the forced resignations of Lenga or Olivieri.

CREDITS: The Featured Image of Cardinal Ouellet shows him dresses as a member of the Order of Vasco Nunez de Balboa, and is used here in accord with a Creative Comments Share-Alike 3.0 license unported, as described here.

4 thoughts on “Lenga & Oliveri were threatened to resign as Bishops”